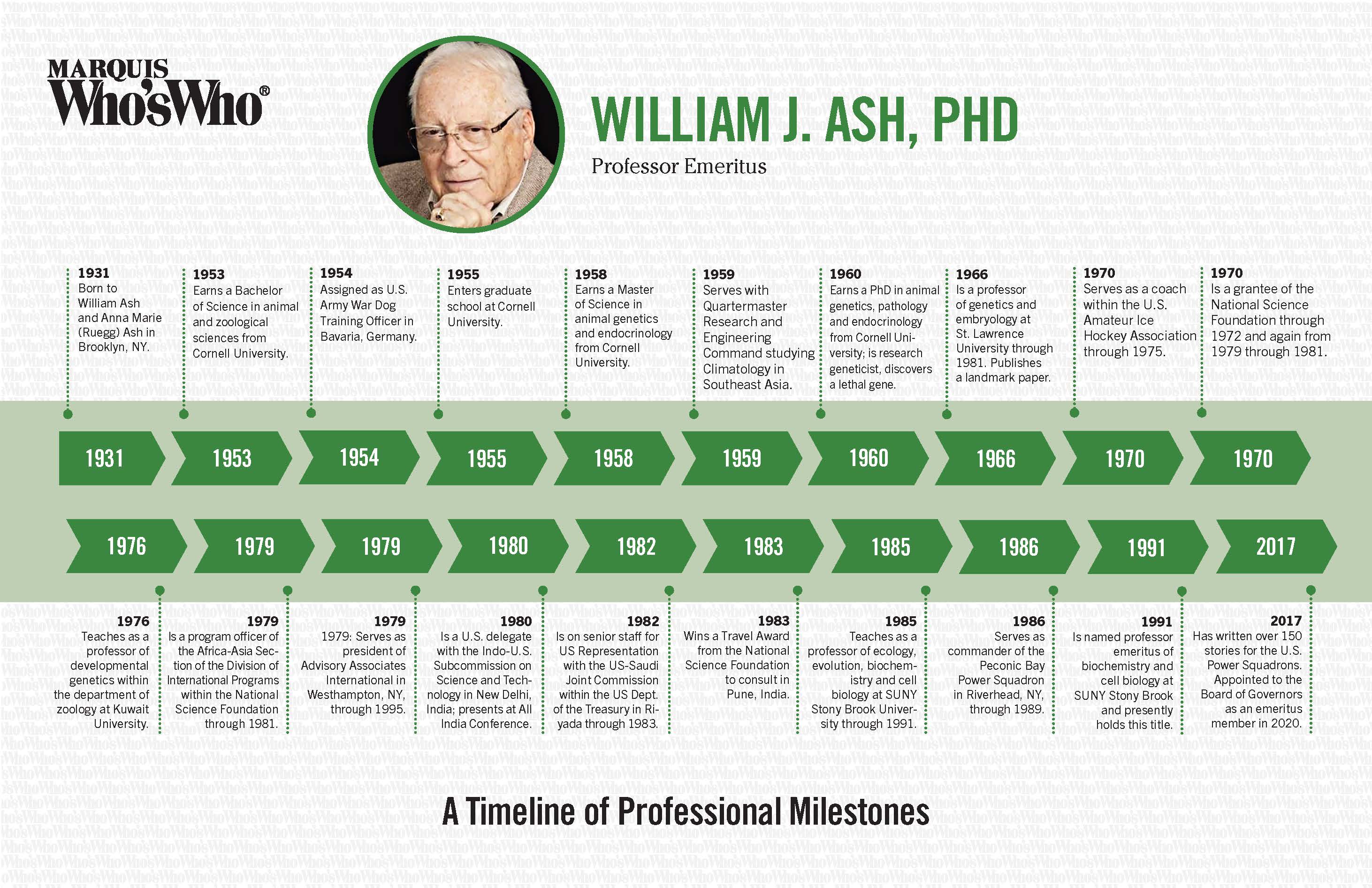 Earns a Bachelor of Science in animal and zoological sciences from Cornell University.

Earns a Master of Science in animal genetics and endocrinology from Cornell University.

Earns a PhD in animal genetics, pathology and endocrinology from Cornell University; is research geneticist, discovers a lethal gene.

Is a professor of genetics and embryology at St. Lawrence University through 1981. Publishes a landmark paper.

Serves as a coach within the U.S. Amateur Ice Hockey Association through 1975.

Is a grantee of the National Science Foundation through 1972 and again from 1979 through 1981.

Teaches as a professor of developmental genetics within the department of zoology at Kuwait University.

Is a program officer of the Africa-Asia Section of the Division of International Programs within the National Science Foundation through 1981.

Serves as president of Advisory Associates International in Westhampton, NY, through 1995.

Is a U.S. delegate with the Indo-U.S. Subcommission on Science and Technology in New Delhi, India; presents at All India Conference.

Is on senior staff for US Representation with the US-Saudi Joint Commission within the US Dept. of the Treasury in Riyada through 1983.

Wins a Travel Award from the National Science Foundation to consult in Pune, India.

Teaches as a professor of ecology, evolution, biochemistry and cell biology at SUNY Stony Brook University through 1991.

Serves as commander of the Peconic Bay Power Squadron in Riverhead, NY, through 1989.

Is named professor emeritus of biochemistry and cell biology at SUNY Stony Brook and presently holds this title.

Has written over 150 stories for the U.S. Power Squadrons. Appointed to the Board of Governors as an emeritus member in 2020.