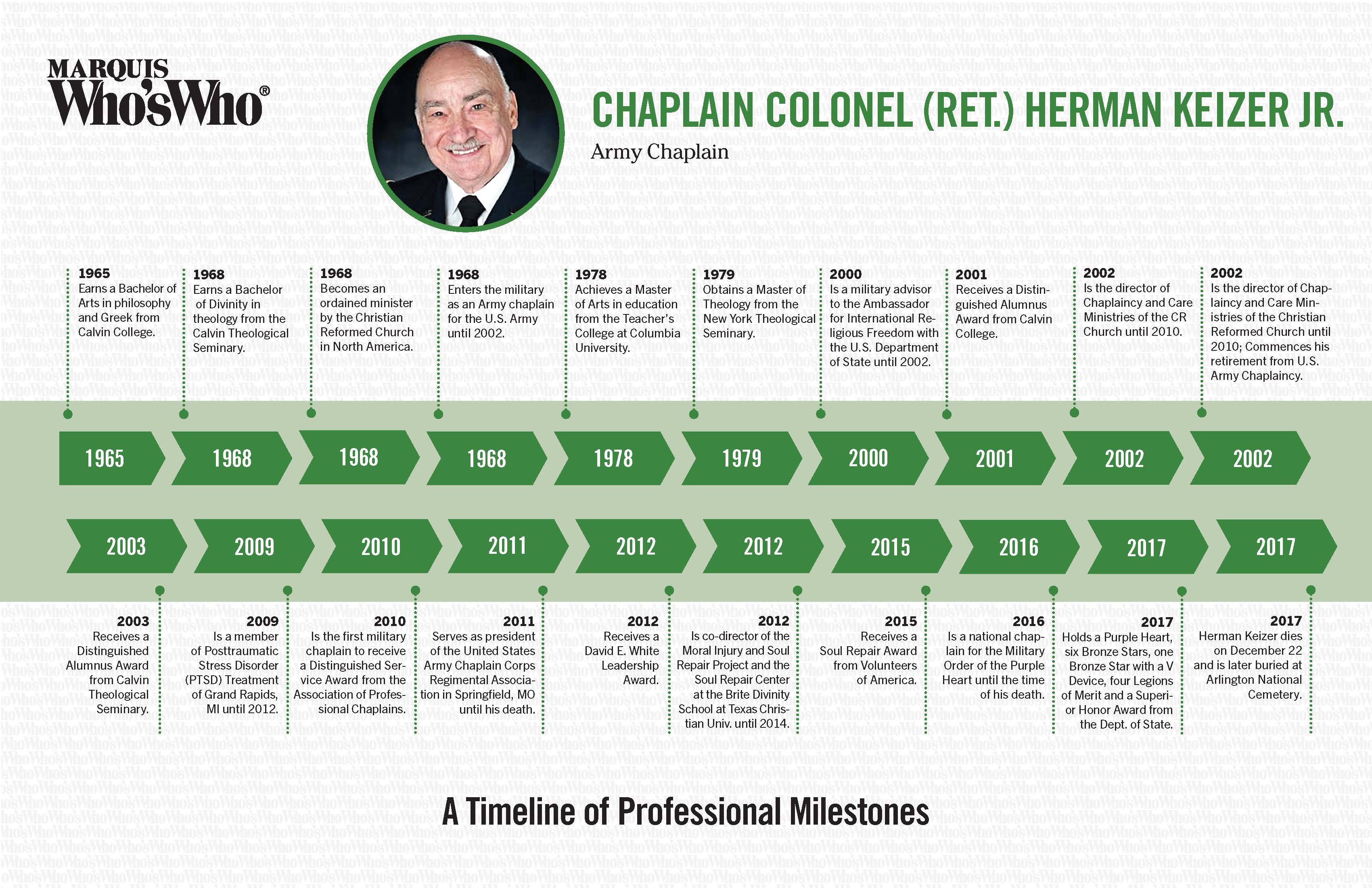 Earns a Bachelor of Arts in philosophy and Greek from Calvin College.

Earns a Bachelor of Divinity in theology from the Calvin Theological Seminary.

Becomes an ordained minister by the Christian Reformed Church in North America.

Enters the military as an Army chaplain for the U.S. Army until 2002.

Achieves a Master of Arts in education from the Teacher’s College at Columbia University.

Obtains a Master of Theology from the New York Theological Seminary.

Is a military advisor to the Ambassador for International Religious Freedom with the U.S. Department of State until 2002.

Is the director of Chaplaincy and Care Ministries of the Christian Reformed Church until 2010; Commences his retirement from U.S. Army Chaplaincy.

Is a consultant and writer for the Calvin Institute of Christian Worship, PTSD/Moral Injury until 2017.

Is a member of Posttraumatic Stress Disorder (PTSD) Treatment of Grand Rapids, MI until 2012.

Is the first military chaplain to receive a Distinguished Service Award from the Association of Professional Chaplains.

Serves as president of the United States Army Chaplain Corps Regimental Association in Springfield, MO until his death.

Is co-director of the Moral Injury and Soul Repair Project and the Soul Repair Center at the Brite Divinity School at Texas Christian Univ. until 2014.

Receives a Soul Repair Award from Volunteers of America.

Is a national chaplain for the Military Order of the Purple Heart until the time of his death.

Holds a Purple Heart, six Bronze Stars, one Bronze Star with a V Device, four Legions of Merit and a Superior Honor Award from the Dept. of State.

Herman Keizer dies on December 22 and is later buried at Arlington National Cemetery.