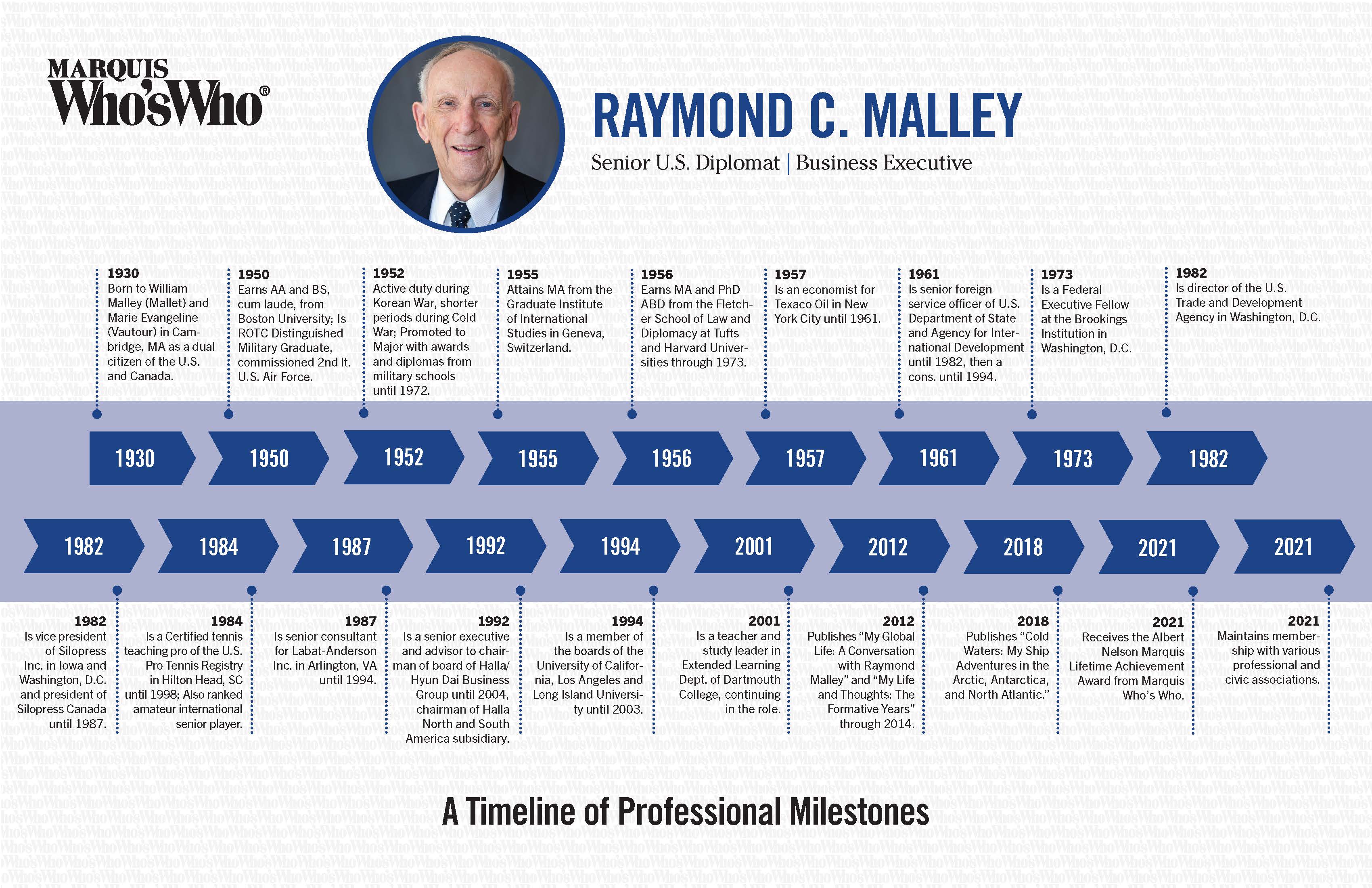 Born to William Malley (Mallet) and Marie Evangeline (Vautour) in Cambridge, MA as a dual citizen of the U.S. and Canada.

Active duty during Korean War, shorter periods during Cold War; Promoted to Major with awards and diplomas from military schools until 1972.

Attains MA from the Graduate Institute of International Studies in Geneva, Switzerland.

Earns MA and PhD ABD from the Fletcher School of Law and Diplomacy at Tufts and Harvard Universities through 1973.

Is an economist for Texaco Oil in New York City until 1961.

Is senior foreign service officer of U.S. Department of State and Agency for International Development until 1982, then a cons. until 1994.

Is a Federal Executive Fellow at the Brookings Institution in Washington, D.C.

Is director of the U.S. Trade and Development Agency in Washington, D.C.

Is senior consultant for Labat-Anderson Inc. in Arlington, VA until 1994.

Is a senior executive and advisor to chairman of board of Halla/Hyun Dai Business Group until 2004, chairman of Halla North and South America subsidiary.

Is a member of the boards of the University of California, Los Angeles and Long Island University until 2003.

Is a teacher and study leader in Extended Learning Dept. of Dartmouth College, continuing in the role.

Publishes “My Global Life: A Conversation with Raymond Malley” and “My Life and Thoughts: The Formative Years” through 2014.

Publishes “Cold Waters: My Ship Adventures in the Arctic, Antarctica, and North Atlantic.”