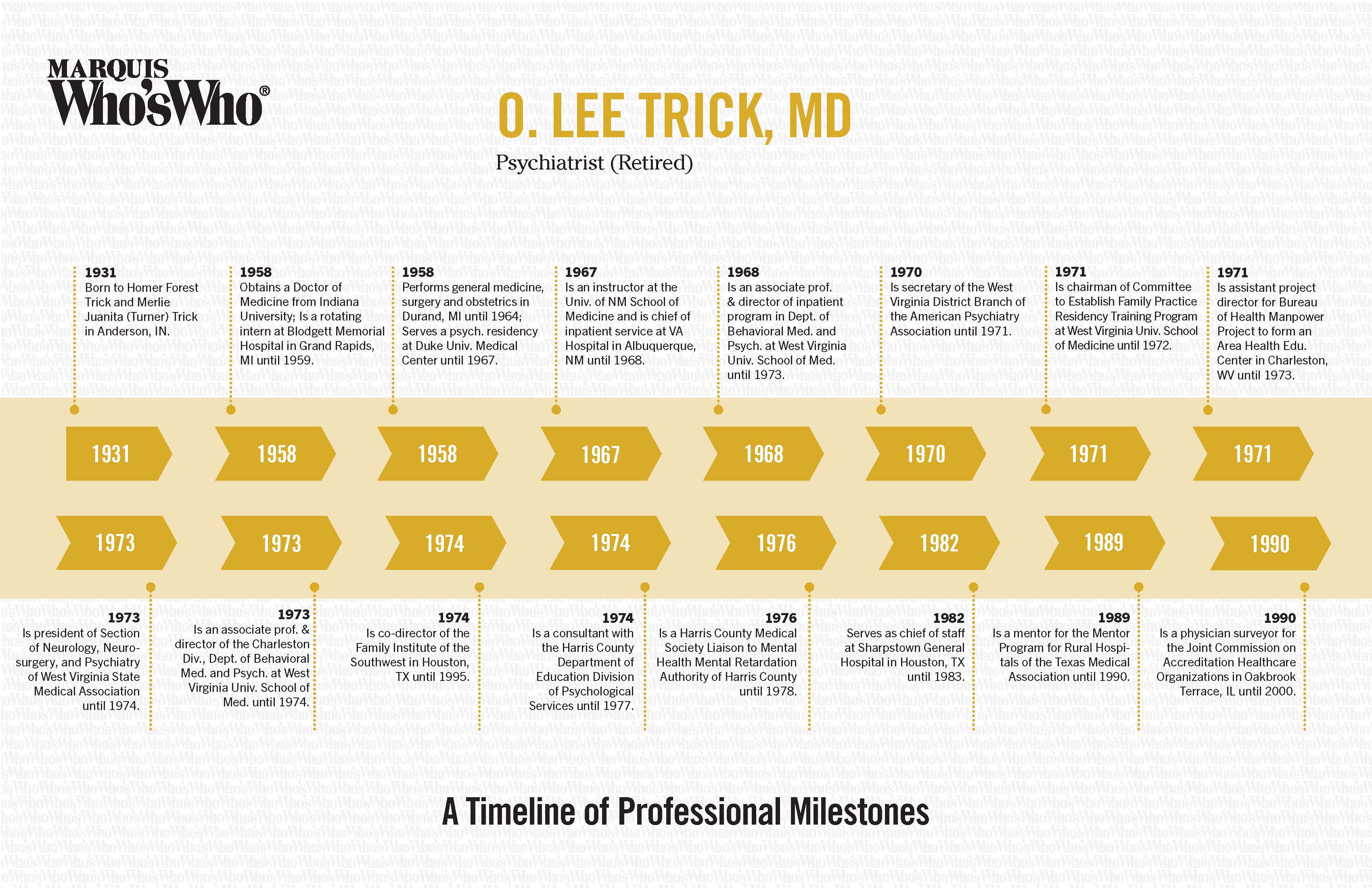 Born to Homer Forest Trick and Merlie Juanita (Turner) Trick in Anderson, IN.

Obtains a Doctor of Medicine from Indiana University; Is a rotating intern at Blodgett Memorial Hospital in Grand Rapids, MI until 1959.

Performs general medicine, surgery and obstetrics in Durand, MI until 1964; Serves a psych. residency at Duke Univ. Medical Center until 1967.

Is an instructor at the Univ. of NM School of Medicine and is chief of inpatient service at VA Hospital in Albuquerque, NM until 1968.

Is an associate prof. & director of inpatient program in Dept. of Behavioral Med. and Psych. at West Virginia Univ. School of Med. until 1973.

Is secretary of the West Virginia District Branch of the American Psychiatry Association until 1971.

Is chairman of Committee to Establish Family Practice Residency Training Program at West Virginia Univ. School of Medicine until 1972.

Is assistant project director for Bureau of Health Manpower Project to form an Area Health Edu. Center in Charleston, WV until 1973.

Is president of Section of Neurology, Neurosurgery, and Psychiatry of West Virginia State Medical Association until 1974.

Is an associate prof. & director of the Charleston Div., Dept. of Behavioral Med. and Psych. at West Virginia Univ. School of Med. until 1974.

Is co-director of the Family Institute of the Southwest in Houston, TX until 1995.

Is a consultant with the Harris County Department of Education Division of Psychological Services until 1977.

Serves as chief of staff at Sharpstown General Hospital in Houston, TX until 1983.

Is a mentor for the Mentor Program for Rural Hospitals of the Texas Medical Association until 1990.

Is a physician surveyor for the Joint Commission on Accreditation Healthcare Organizations in Oakbrook Terrace, IL until 2000.