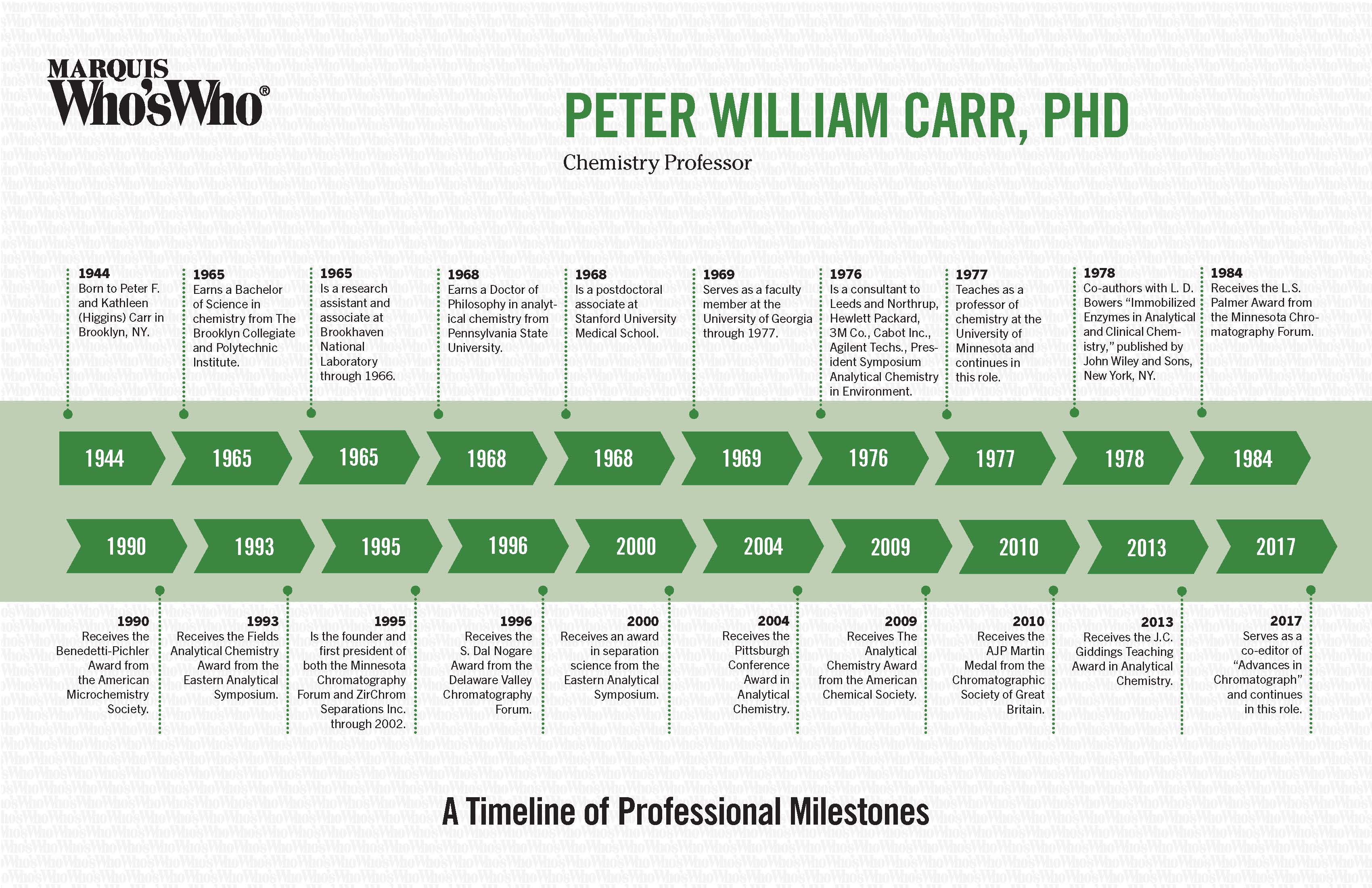 Earns a Bachelor of Science in chemistry from The Brooklyn Collegiate and Polytechnic Institute.

Is a research assistant and associate at Brookhaven National Laboratory through 1966.

Earns a Doctor of Philosophy in analytical chemistry from Pennsylvania State University.

Is a postdoctoral associate at Stanford University Medical School.

Serves as a faculty member at the University of Georgia through 1977.

Teaches as a professor of chemistry at the University of Minnesota and continues in this role.

Receives the L.S. Palmer Award from the Minnesota Chromatography Forum.

Receives the Benedetti-Pichler Award from the American Microchemistry Society.

Is the founder and first president of both the Minnesota Chromatography Forum and ZirChrom Separations Inc. through 2002.

Receives an award in separation science from the Eastern Analytical Symposium.

Receives The Analytical Chemistry Award from the American Chemical Society.

Receives the AJP Martin Medal from the Chromatographic Society of Great Britain.

Serves as a co-editor of “Advances in Chromatograph” and continues in this role.