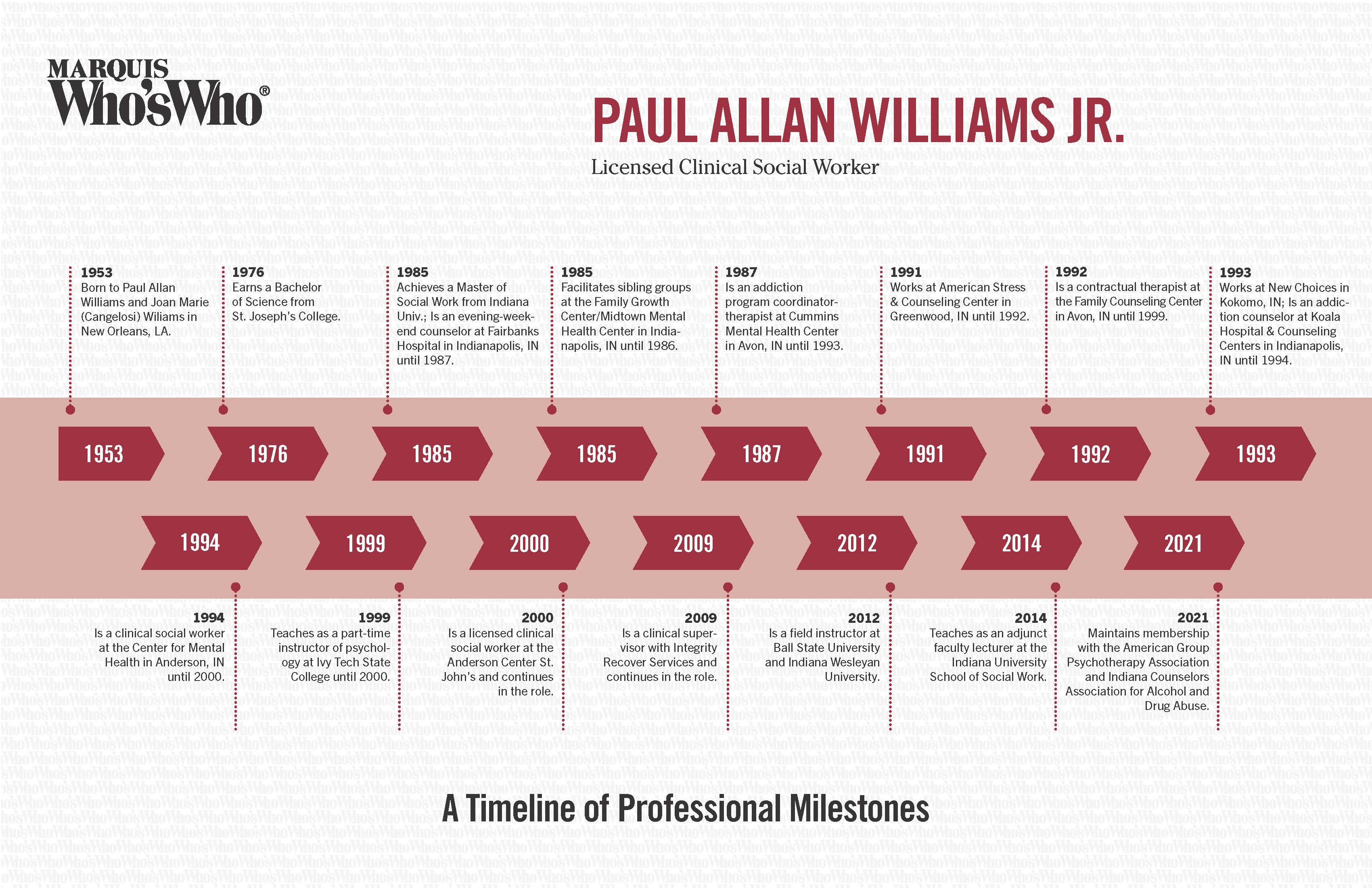 Earns a Bachelor of Science from St. Joseph’s College.

Achieves a Master of Social Work from Indiana Univ.; Is an evening-weekend counselor at Fairbanks Hospital in Indianapolis, IN until 1987.

Facilitates sibling groups at the Family Growth Center/Midtown Mental Health Center in Indianapolis, IN until 1986.

Is an addiction program coordinator-therapist at Cummins Mental Health Center in Avon, IN until 1993.

Works at American Stress & Counseling Center in Greenwood, IN until 1992.

Is a contractual therapist at the Family Counseling Center in Avon, IN until 1999.

Works at New Choices in Kokomo, IN; Is an addiction counselor at Koala Hospital & Counseling Centers in Indianapolis, IN until 1994.

Is a clinical social worker at the Center for Mental Health in Anderson, IN until 2000.

Teaches as a part-time instructor of psychology at Ivy Tech State College until 2000.

Is a licensed clinical social worker at the Anderson Center St. John’s and continues in the role.

Is a clinical supervisor with Integrity Recover Services and continues in the role.

Is a field instructor at Ball State University and Indiana Wesleyan University.

Teaches as an adjunct faculty lecturer at the Indiana University School of Social Work.