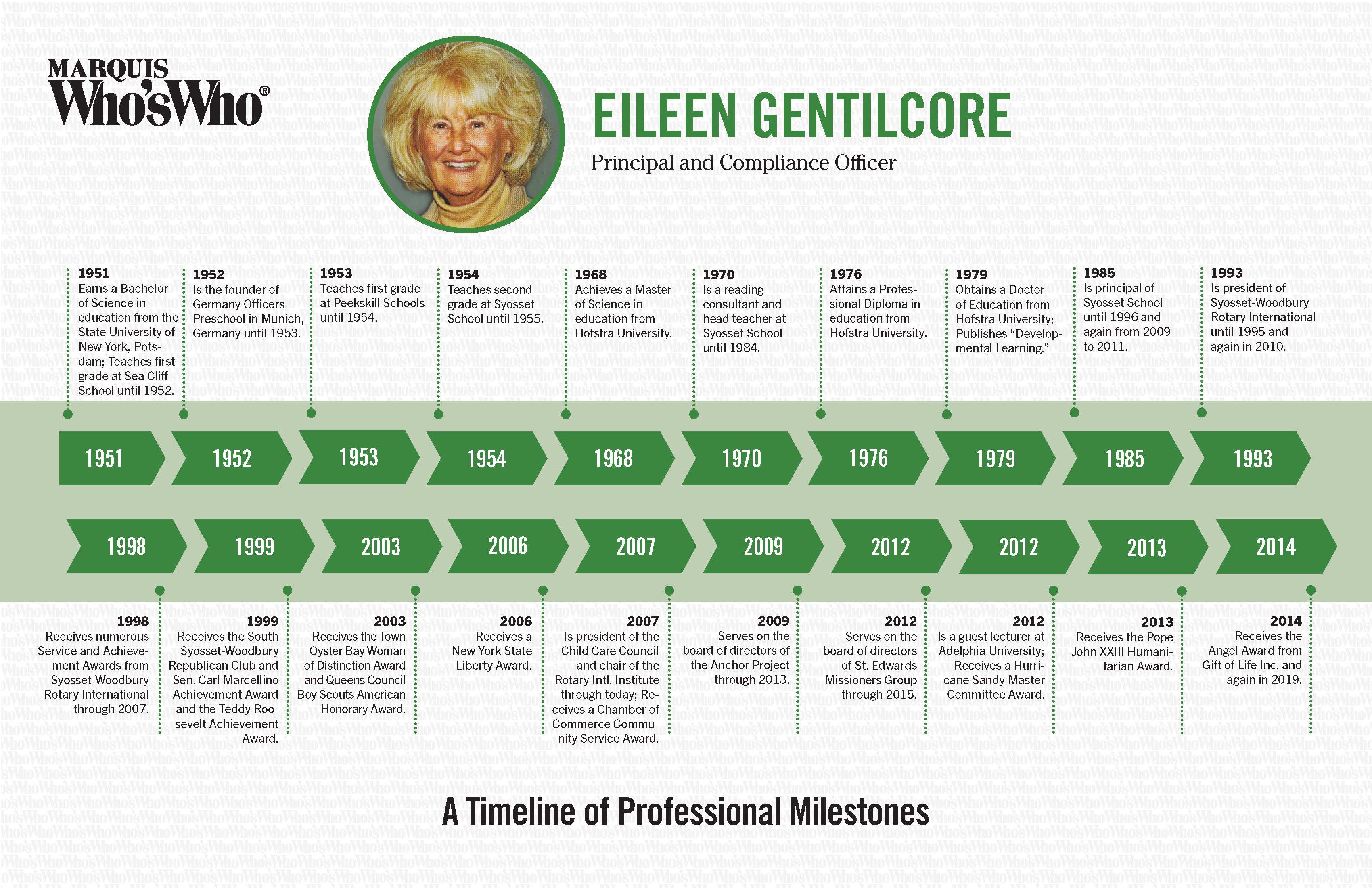 Earns a Bachelor of Science in education from the State University of New York, Potsdam; Teaches first grade at Sea Cliff School until 1952.

Is the founder of Germany Officers Preschool in Munich, Germany until 1953.

Achieves a Master of Science in education from Hofstra University.

Is a reading consultant and head teacher at Syosset School until 1984.

Attains a Professional Diploma in education from Hofstra University.

Is president of Syosset-Woodbury Rotary International until 1995 and again in 2010.

Is president of the Child Care Council and chair of the Rotary Intl. Institute through today; Receives a Chamber of Commerce Community Service Award.

Serves on the board of directors of the Anchor Project through 2013.

Serves on the board of directors of St. Edwards Missioners Group through 2015.

Receives the Angel Award from Gift of Life Inc. and again in 2019.