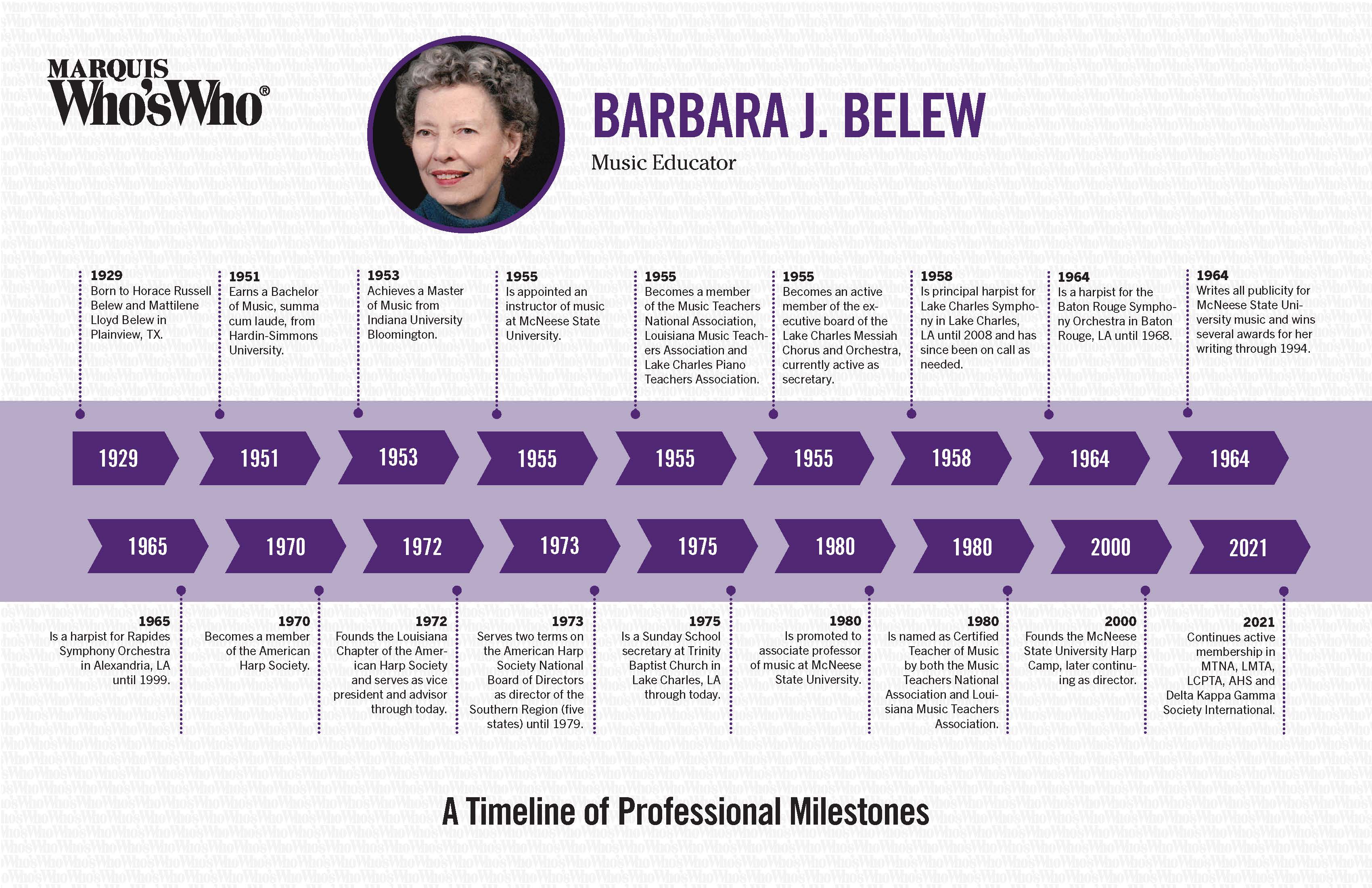 Achieves a Master of Music from Indiana University Bloomington.

Is appointed an instructor of music at McNeese State University.

Becomes an active member of the executive board of the Lake Charles Messiah Chorus and Orchestra, currently active as secretary.

Is principal harpist for Lake Charles Symphony in Lake Charles, LA until 2008 and has since been on call as needed.

Is a harpist for the Baton Rouge Symphony Orchestra in Baton Rouge, LA until 1968.

Writes all publicity for McNeese State University music and wins several awards for her writing through 1994.

Is a harpist for Rapides Symphony Orchestra in Alexandria, LA until 1999.

Becomes a member of the American Harp Society.

Founds the Louisiana Chapter of the American Harp Society and serves as vice president and advisor through today.

Serves two terms on the American Harp Society National Board of Directors as director of the Southern Region (five states) until 1979.

Is a Sunday School secretary at Trinity Baptist Church in Lake Charles, LA through today.

Is promoted to associate professor of music at McNeese State University.