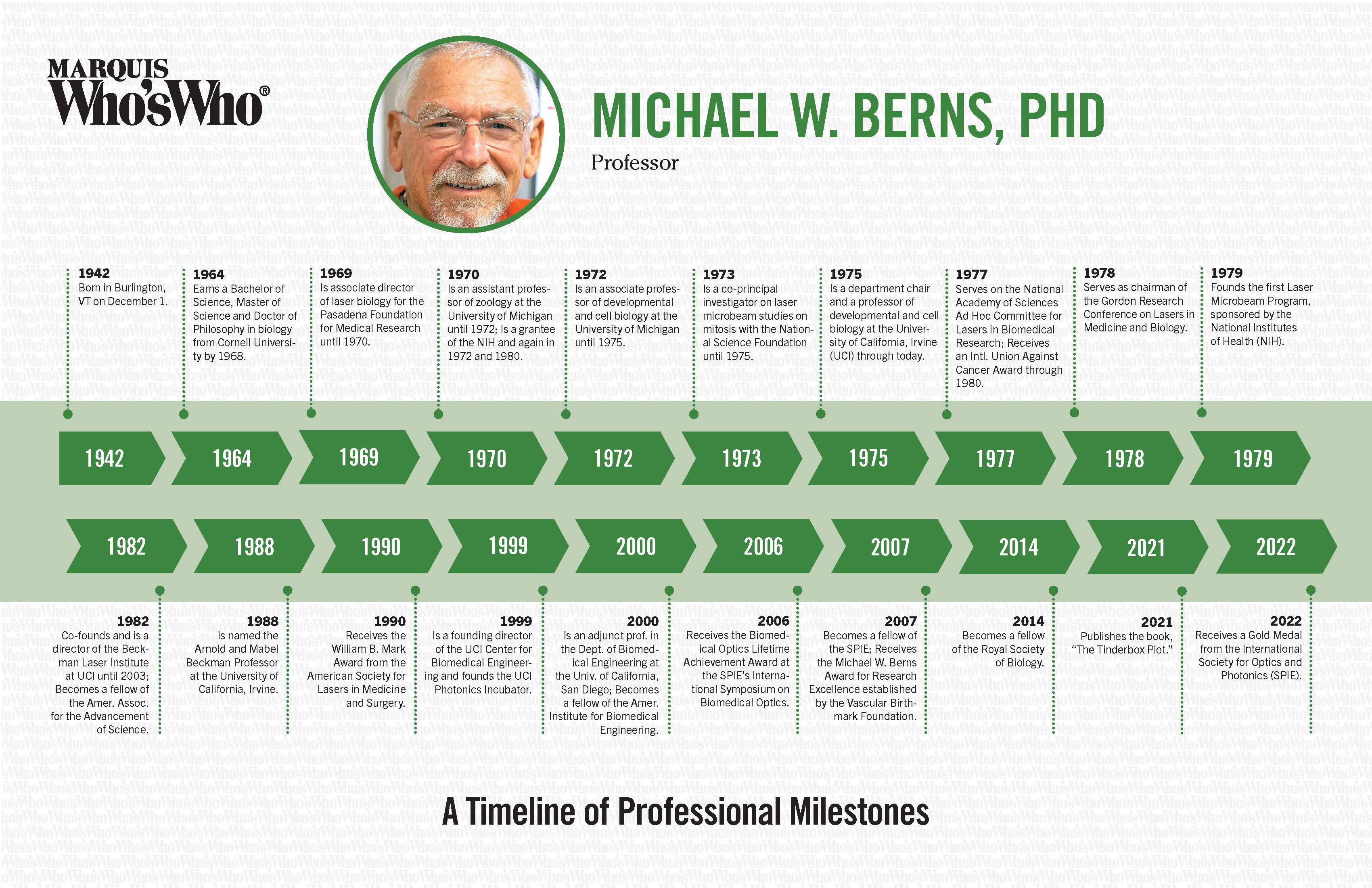 Born in Burlington, VT on December 1.

Earns a Bachelor of Science, Master of Science and Doctor of Philosophy in biology from Cornell University by 1968.

Is associate director of laser biology for the Pasadena Foundation for Medical Research until 1970.

Is an assistant professor of zoology at the University of Michigan until 1972; Is a grantee of the NIH and again in 1972 and 1980.

Is an associate professor of developmental and cell biology at the University of Michigan until 1975.

Is a co-principal investigator on laser microbeam studies on mitosis with the National Science Foundation until 1975.

Is a department chair and a professor of developmental and cell biology at the University of California, Irvine (UCI) through today.

Serves on the National Academy of Sciences Ad Hoc Committee for Lasers in Biomedical Research; Receives an Intl. Union Against Cancer Award through 1980.

Serves as chairman of the Gordon Research Conference on Lasers in Medicine and Biology.

Co-founds and is a director of the Beckman Laser Institute at UCI until 2003; Becomes a fellow of the Amer. Assoc. for the Advancement of Science.

Is named the Arnold and Mabel Beckman Professor at the University of California, Irvine.

Receives the William B. Mark Award from the American Society for Lasers in Medicine and Surgery.

Is a founding director of the UCI Center for Biomedical Engineering and founds the UCI Photonics Incubator.

Becomes a fellow of the SPIE; Receives the Michael W. Berns Award for Research Excellence established by the Vascular Birthmark Foundation.

Becomes a fellow of the Royal Society of Biology.

Publishes the book, “The Tinderbox Plot.”

Receives a Gold Medal from the International Society for Optics and Photonics (SPIE).