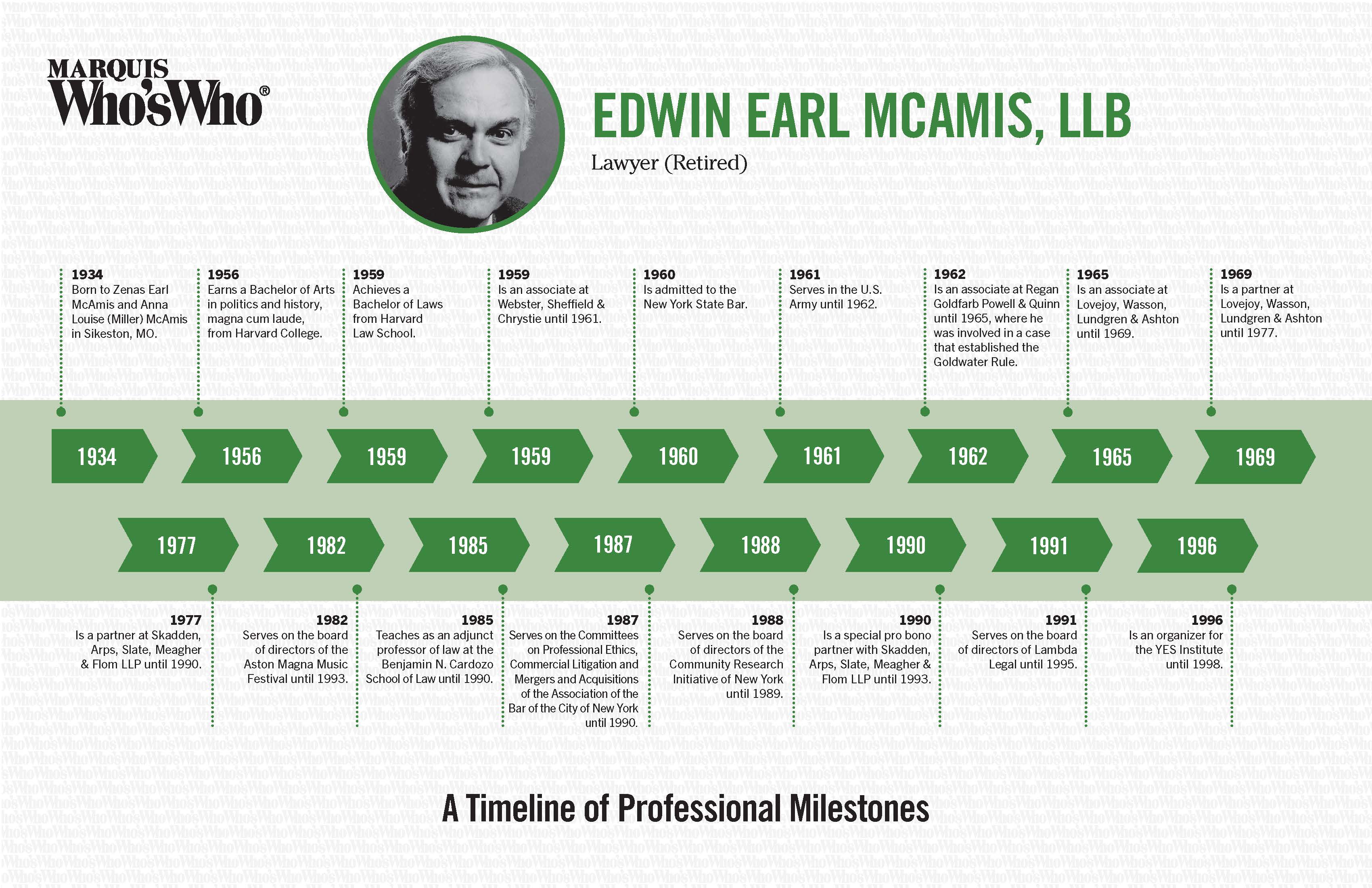 Achieves a Bachelor of Laws from Harvard Law School.

Is an associate at Webster, Sheffield & Chrystie until 1961.

Is admitted to the New York State Bar.

Is an associate at Regan Goldfarb Powell & Quinn until 1965, where he was involved in a case that established the Goldwater Rule.

Is an associate at Lovejoy, Wasson, Lundgren & Ashton until 1969.

Is a partner at Lovejoy, Wasson, Lundgren & Ashton until 1977.

Serves on the board of directors of the Aston Magna Music Festival until 1993.

Teaches as an adjunct professor of law at the Benjamin N. Cardozo School of Law until 1990.

Serves on the Committees on Professional Ethics, Commercial Litigation and Mergers and Acquisitions of the Association of the Bar of the City of New York until 1990.

Serves on the board of directors of the Community Research Initiative of New York until 1989.

Serves on the board of directors of Lambda Legal until 1995.

Is an organizer for the YES Institute until 1998.