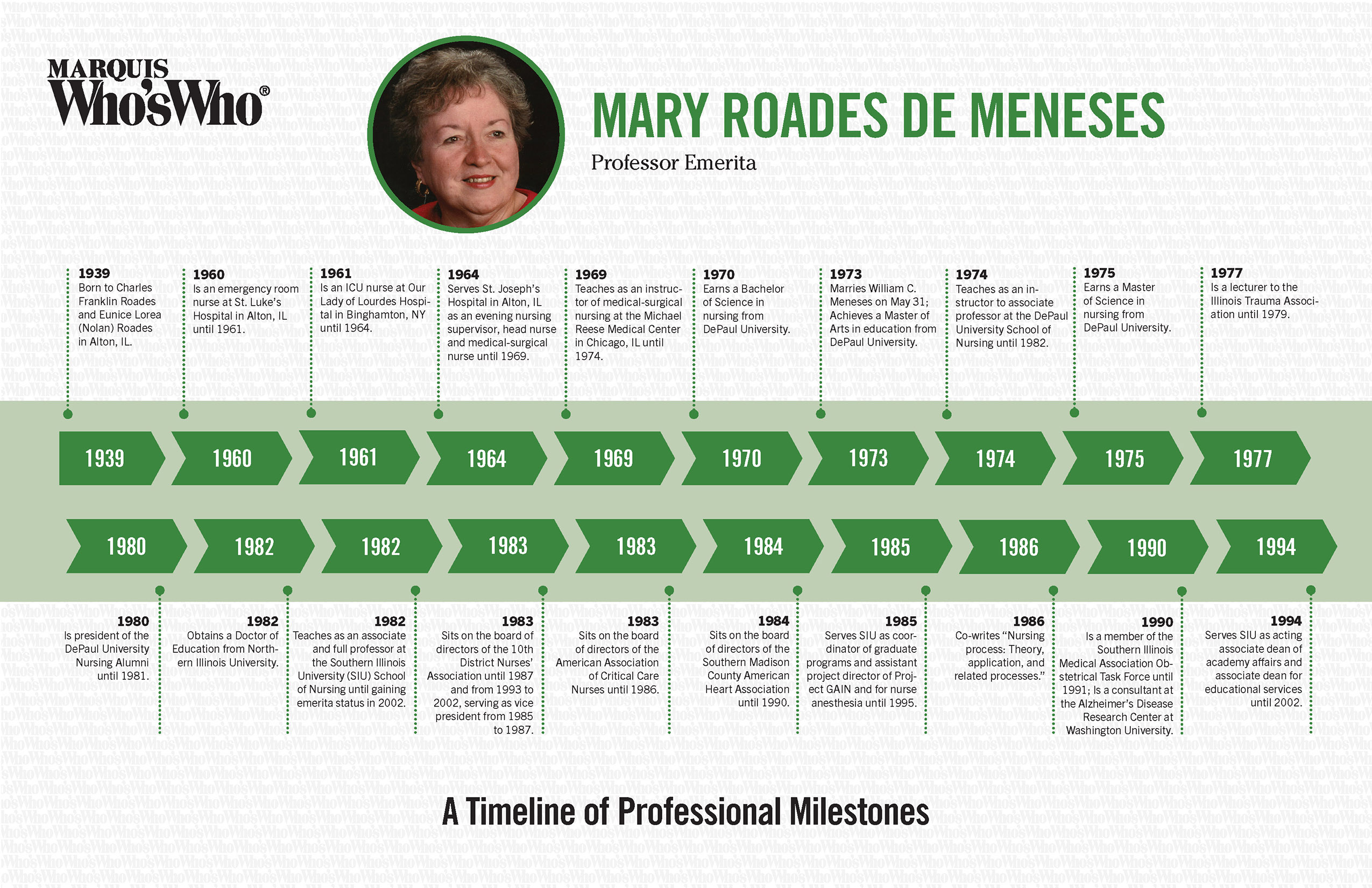 Is an emergency room nurse at St. Luke’s Hospital in Alton, IL until 1961.

Is an ICU nurse at Our Lady of Lourdes Hospital in Binghamton, NY until 1964.

Teaches as an instructor of medical-surgical nursing at the Michael Reese Medical Center in Chicago, IL until 1974.

Earns a Bachelor of Science in nursing from DePaul University.

Marries William C. Meneses on May 31; Achieves a Master of Arts in education from DePaul University.

Teaches as an instructor to associate professor at the DePaul University School of Nursing until 1982.

Earns a Master of Science in nursing from DePaul University.

Is a lecturer to the Illinois Trauma Association until 1979.

Is president of the DePaul University Nursing Alumni until 1981.

Obtains a Doctor of Education from Northern Illinois University.

Teaches as an associate and full professor at the Southern Illinois University (SIU) School of Nursing until gaining emerita status in 2002.

Sits on the board of directors of the American Association of Critical Care Nurses until 1986.

Sits on the board of directors of the Southern Madison County American Heart Association until 1990.

Serves SIU as coordinator of graduate programs and assistant project director of Project GAIN and for nurse anesthesia until 1995.

Is a member of the Southern Illinois Medical Association Obstetrical Task Force until 1991; Is a consultant at the Alzheimer’s Disease Research Center at Washington University.