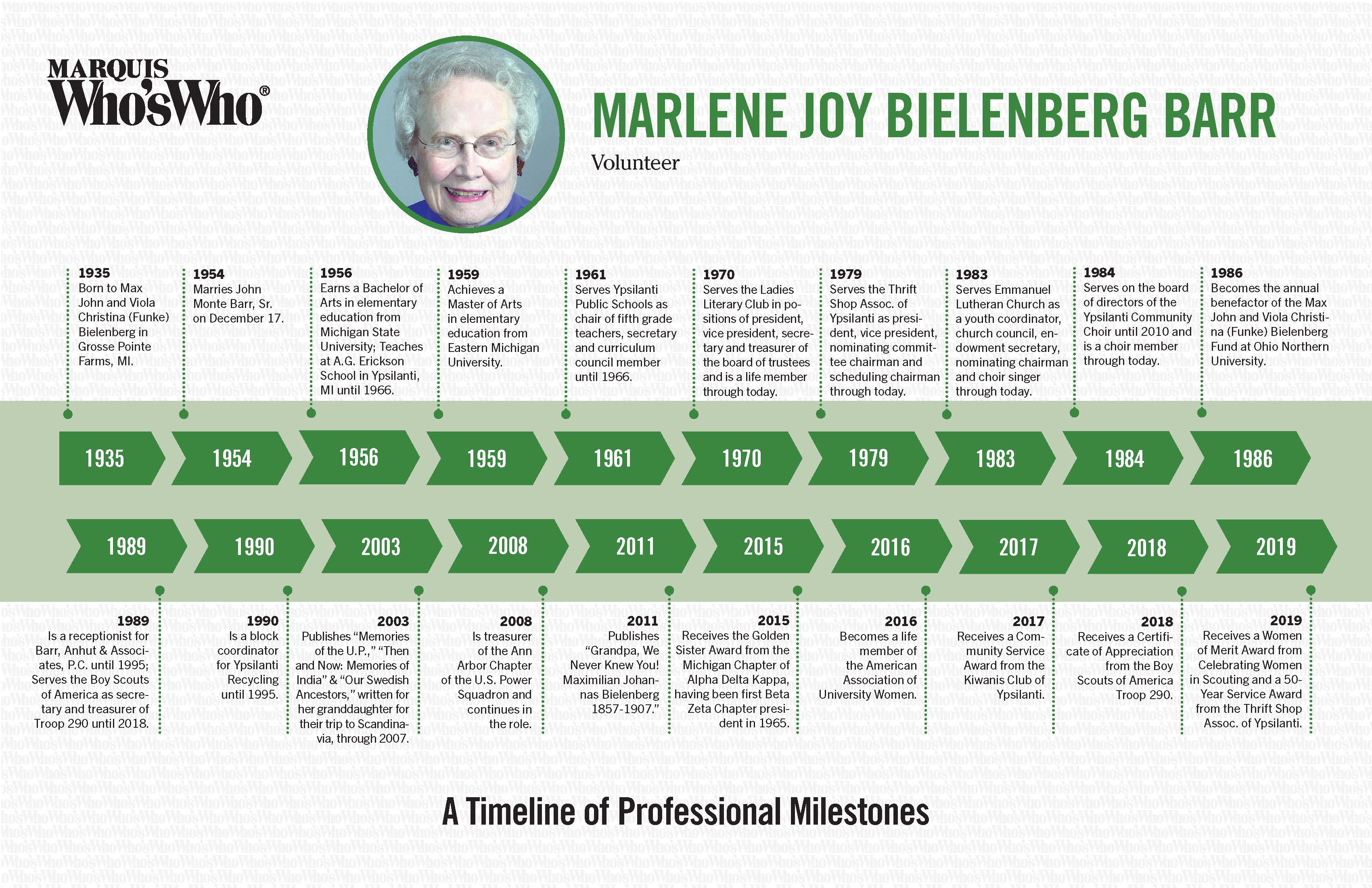 Earns a Bachelor of Arts in elementary education from Michigan State University; Teaches at A.G. Erickson School in Ypsilanti, MI until 1966.

Achieves a Master of Arts in elementary education from Eastern Michigan University.

Serves the Ladies Literary Club in positions of president, vice president, secretary and treasurer of the board of trustees and is a life member through today.

Serves on the board of directors of the Ypsilanti Community Choir until 2010 and is a choir member through today.

Is a receptionist for Barr, Anhut & Associates, P.C. until 1995; Serves the Boy Scouts of America as secretary and treasurer of Troop 290 until 2018.

Is a block coordinator for Ypsilanti Recycling until 1995.

Publishes “Memories of the U.P.,” “Then and Now: Memories of India” & “Our Swedish Ancestors,” written for her granddaughter for their trip to Scandinavia, through 2007.

Is treasurer of the Ann Arbor Chapter of the U.S. Power Squadron and continues in the role.

Receives the Golden Sister Award from the Michigan Chapter of Alpha Delta Kappa, having been first Beta Zeta Chapter president in 1965.

Becomes a life member of the American Association of University Women.

Receives a Community Service Award from the Kiwanis Club of Ypsilanti.

Receives a Certificate of Appreciation from the Boy Scouts of America Troop 290.

Receives a Women of Merit Award from Celebrating Women in Scouting and a 50-Year Service Award from the Thrift Shop Assoc. of Ypsilanti.