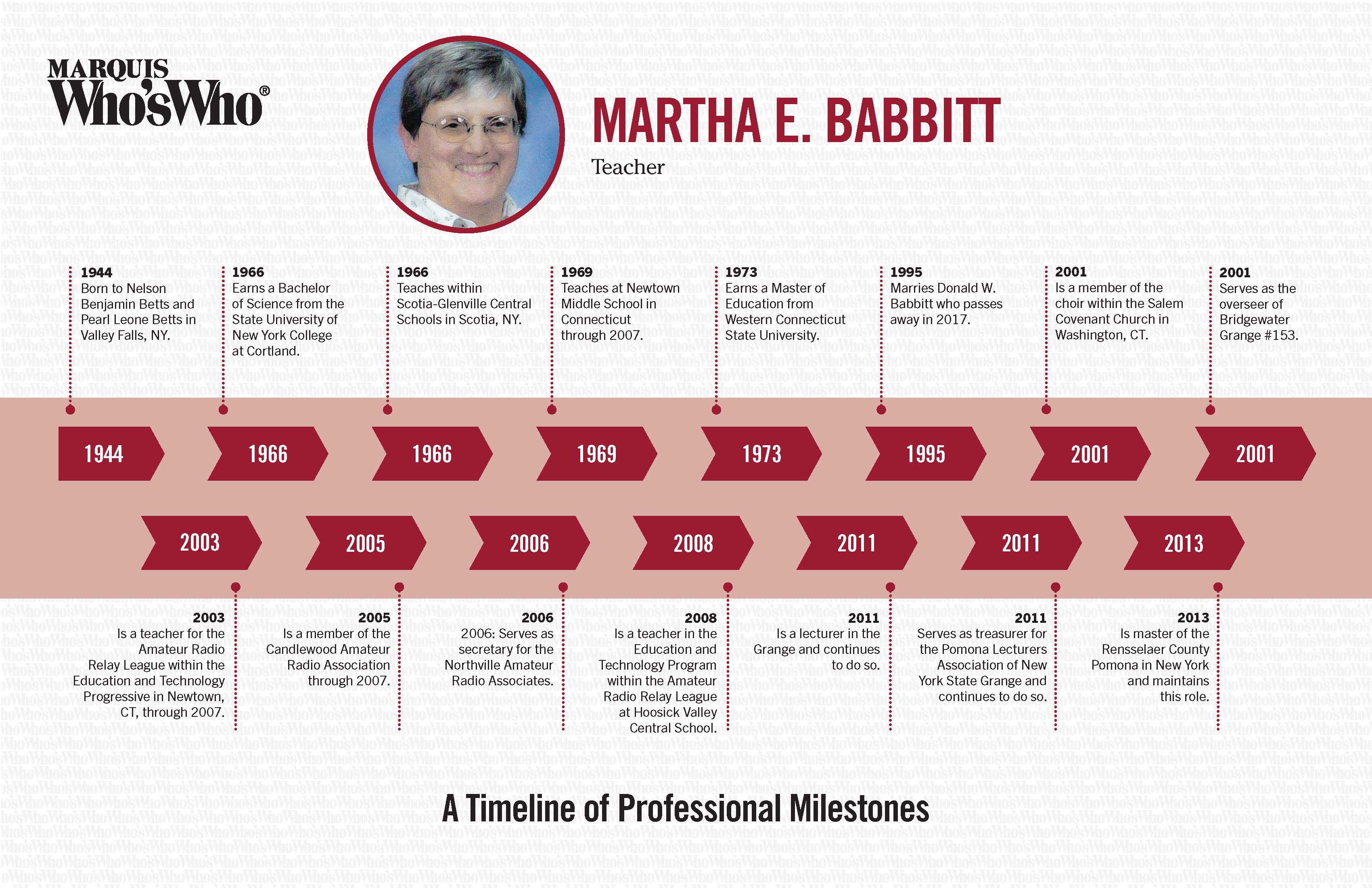 Earns a Bachelor of Science from the State University of New York College at Cortland.

Teaches at Newtown Middle School in Connecticut through 2007.

Earns a Master of Education from Western Connecticut State University.

Marries Donald W. Babbitt who passes away in 2017.

Is a member of the choir within the Salem Covenant Church in Washington, CT.

Serves as the overseer of Bridgewater Grange #153.

Is a teacher for the Amateur Radio Relay League within the Education and Technology Progressive in Newtown, CT, through 2007.

Is a member of the Candlewood Amateur Radio Association through 2007.

Serves as secretary for the Northville Amateur Radio Associates.

Is a teacher in the Education and Technology Program within the Amateur Radio Relay League at Hoosick Valley Central School.

Is a lecturer in the Grange and continues to do so.

Serves as treasurer for the Pomona Lecturers Association of New York State Grange and continues to do so.

Is master of the Rensselaer County Pomona in New York and maintains this role.