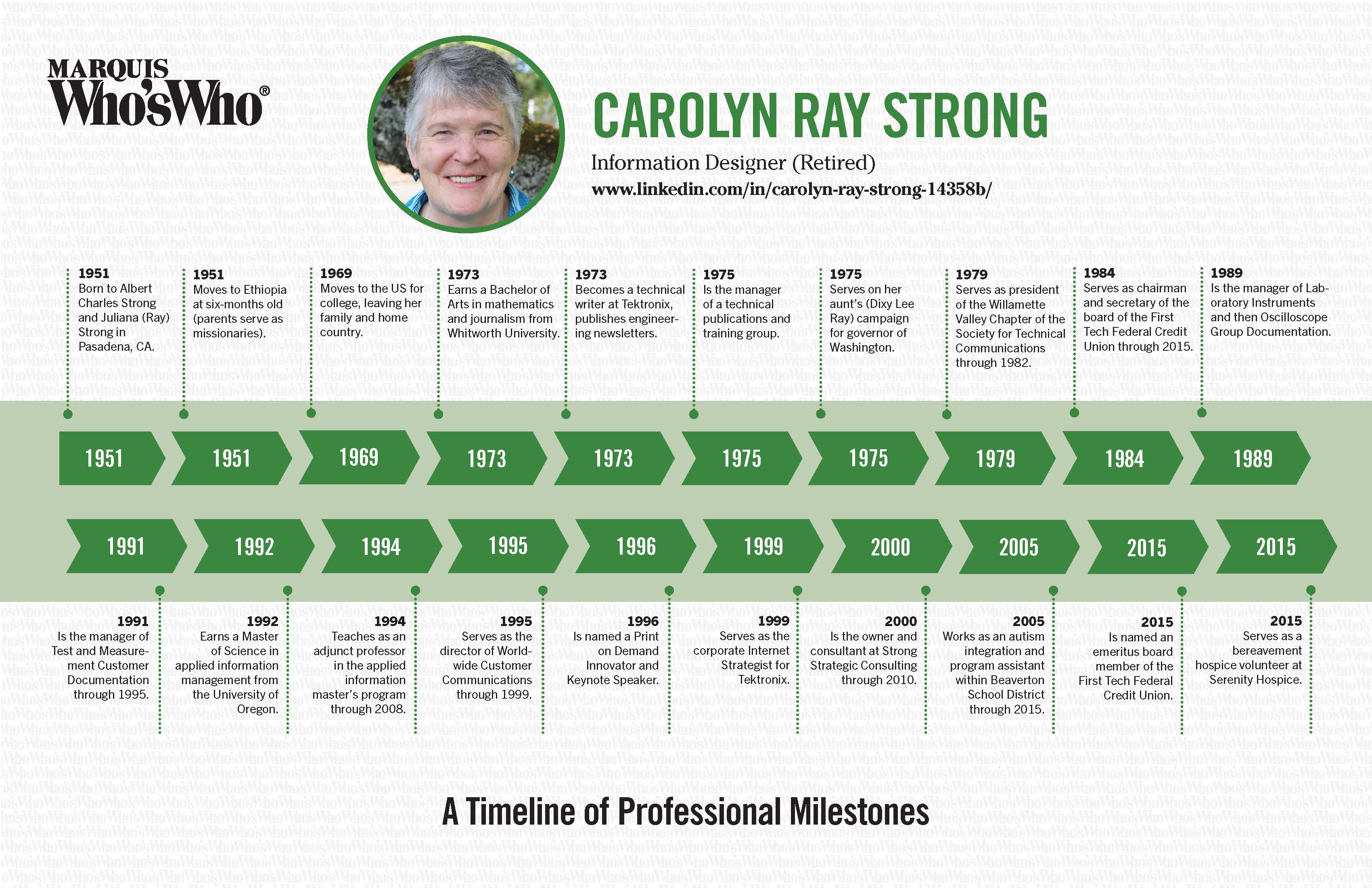 Moves to Ethiopia at six-months old (parents serve as missionaries).

Moves to the US for college, leaving her family and home country.

Earns a Bachelor of Arts in mathematics and journalism from Whitworth University.

Is the manager of technical publications and training group.

Serves on her aunt’s (Dixy Lee Ray) campaign for governor of Washington.

Serves as president of the Willamette Valley Chapter of the Society for Technical Communications through 1982.

Serves as chairman and secretary of the board of the First Tech Federal Credit Union through 2015.

Is the manager of Laboratory Instruments and then Oscilloscope Group Documentation.

Is the manager of Test and Measurement Customer Documentation through 1995.

Earns a Master of Science in applied information management from the University of Oregon.

Teaches as an adjunct professor in the applied information master’s program through 2008.

Serves as the director of Worldwide Customer Communications through 1999.

Is named a Print on Demand Innovator and Keynote Speaker.

Serves as the corporate Internet Strategist for Tektronix.

Is the owner and consultant at Strong Strategic Consulting through 2010.

Works as an autism integration and program assistant within Beaverton School District through 2015.

Is named an emeritus board member of the First Tech Federal Credit Union.

Serves as a bereavement hospice volunteer at Serenity Hospice.