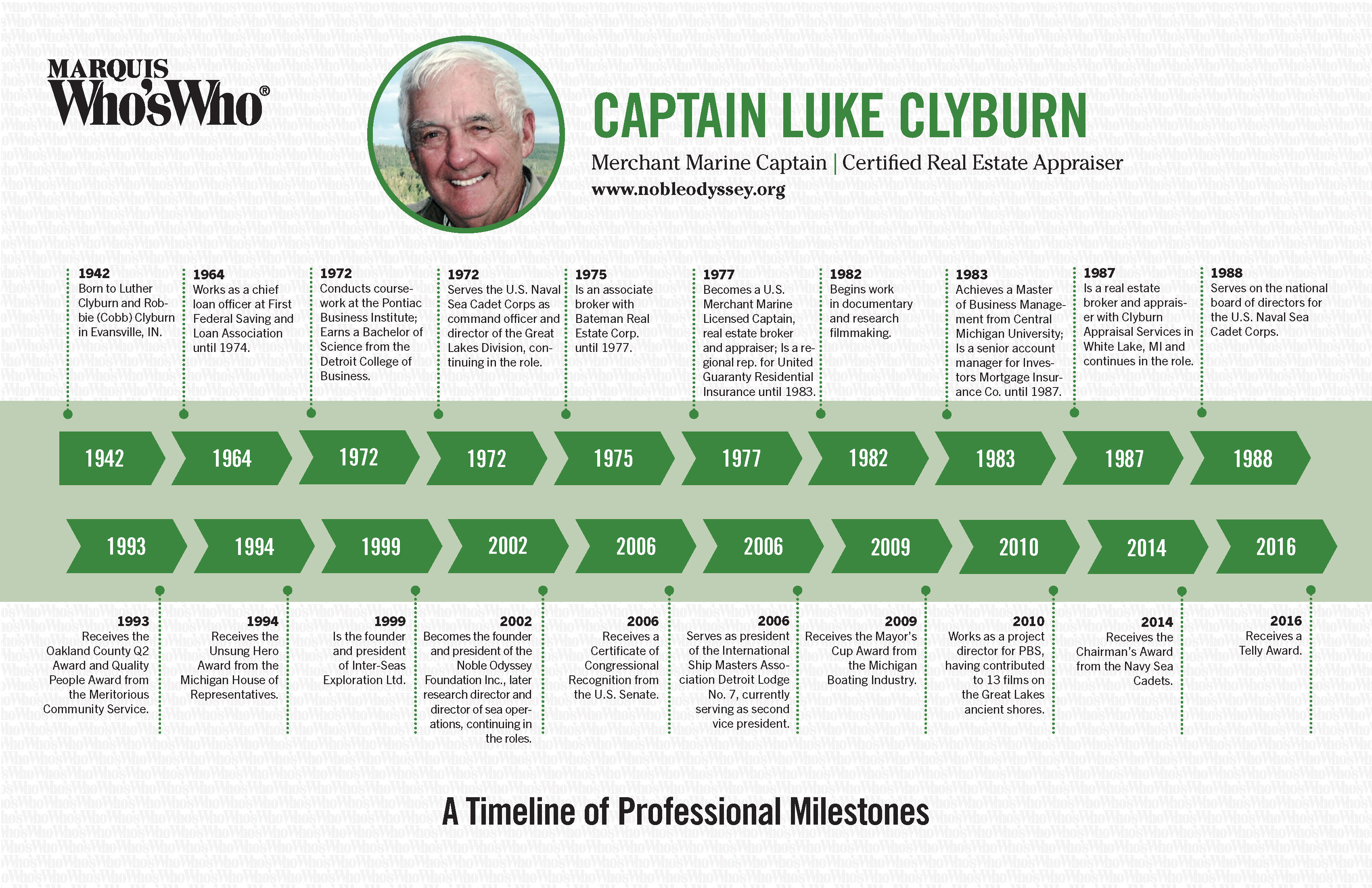 Born to Luther Clyburn and Robbie (Cobb) Clyburn in Evansville, IN.

Works as a chief loan officer at First Federal Saving and Loan Association until 1974.

Conducts coursework at the Pontiac Business Institute; Earns a Bachelor of Science from the Detroit College of Business.

Serves the U.S. Naval Sea Cadet Corps as command officer and director of the Great Lakes Division, continuing in the role.

Is an associate broker with Bateman Real Estate Corp. until 1977.

Achieves a Master of Business Management from Central Michigan University; Is a senior account manager for Investors Mortgage Insurance Co. until 1987.

Is a real estate broker and appraiser with Clyburn Appraisal Services in White Lake, MI and continues in the role.

Serves on the national board of directors for the U.S. Naval Sea Cadet Corps.

Receives the Unsung Hero Award from the Michigan House of Representatives.

Is the founder and president of Inter-Seas Exploration Ltd.

Becomes the founder and president of the Noble Odyssey Foundation Inc., later research director and director of sea operations, continuing in the roles.

Receives a Certificate of Congressional Recognition from the U.S. Senate.

Receives the Mayor’s Cup Award from the Michigan Boating Industry.

Works as a project director for PBS, having contributed to 13 films on the Great Lakes ancient shores.

Receives the Chairman’s Award from the Navy Sea Cadets.