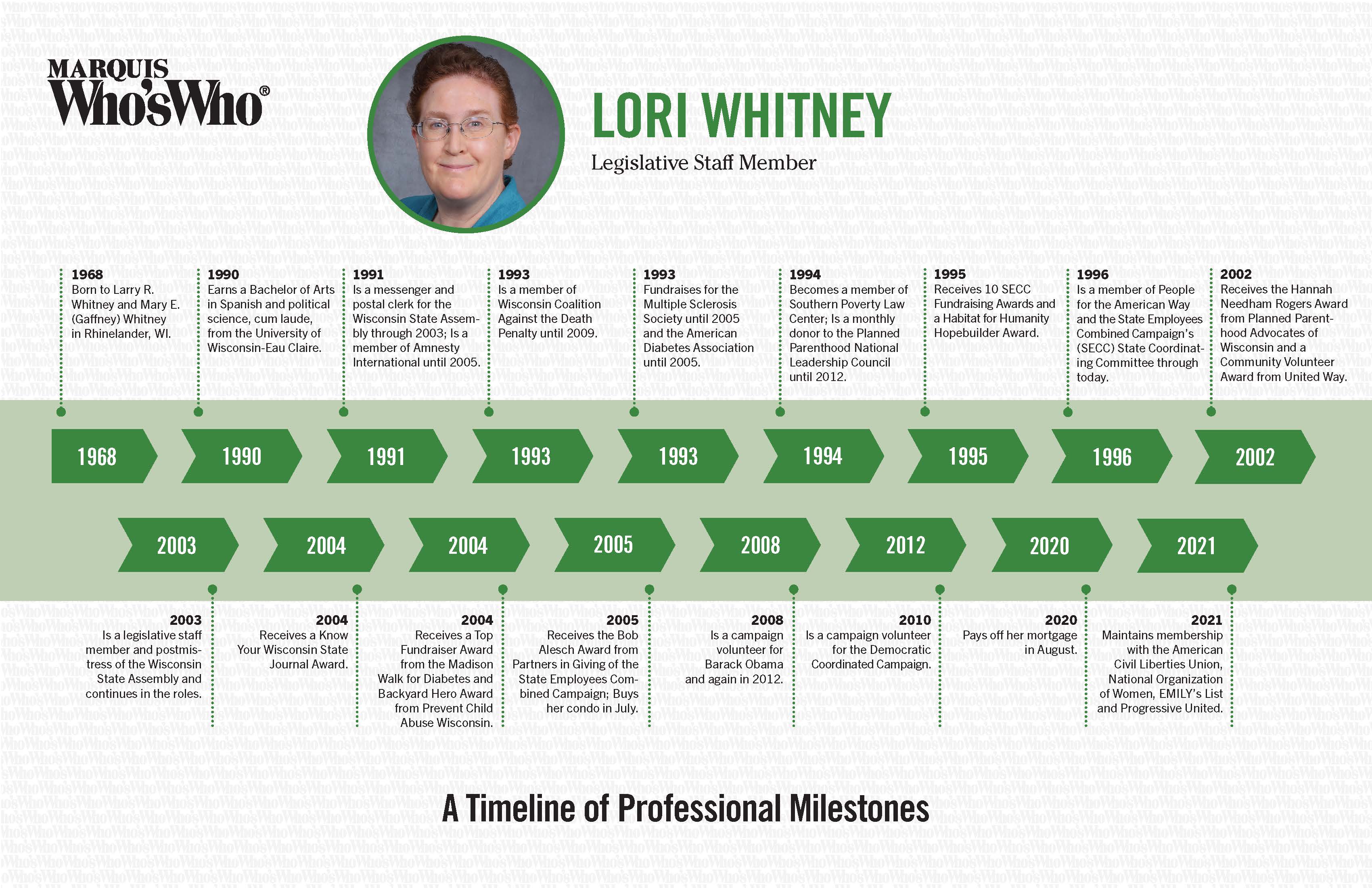 Is a messenger and postal clerk for the Wisconsin State Assembly through 2003; Is a member of Amnesty International until 2005.

Is a member of Wisconsin Coalition Against the Death Penalty until 2009.

Fundraises for the Multiple Sclerosis Society until 2005 and the American Diabetes Association until 2005.

Becomes a member of Southern Poverty Law Center; Is a monthly donor to the Planned Parenthood National Leadership Council until 2012.

Is a member of People for the American Way and the State Employees Combined Campaign’s (SECC) State Coordinating Committee through today.

Receives the Hannah Needham Rogers Award from Planned Parenthood Advocates of Wisconsin and a Community Volunteer Award from United Way.

Is a legislative staff member and postmistress of the Wisconsin State Assembly and continues in the roles.

Receives a Top Fundraiser Award from the Madison Walk for Diabetes and Backyard Hero Award from Prevent Child Abuse Wisconsin.

Receives the Bob Alesch Award from Partners in Giving of the State Employees Combined Campaign; Buys her condo in July.

Is a campaign volunteer for Barack Obama and again in 2012.

Is a campaign volunteer for the Democratic Coordinated Campaign.

Pays off her mortgage in August.