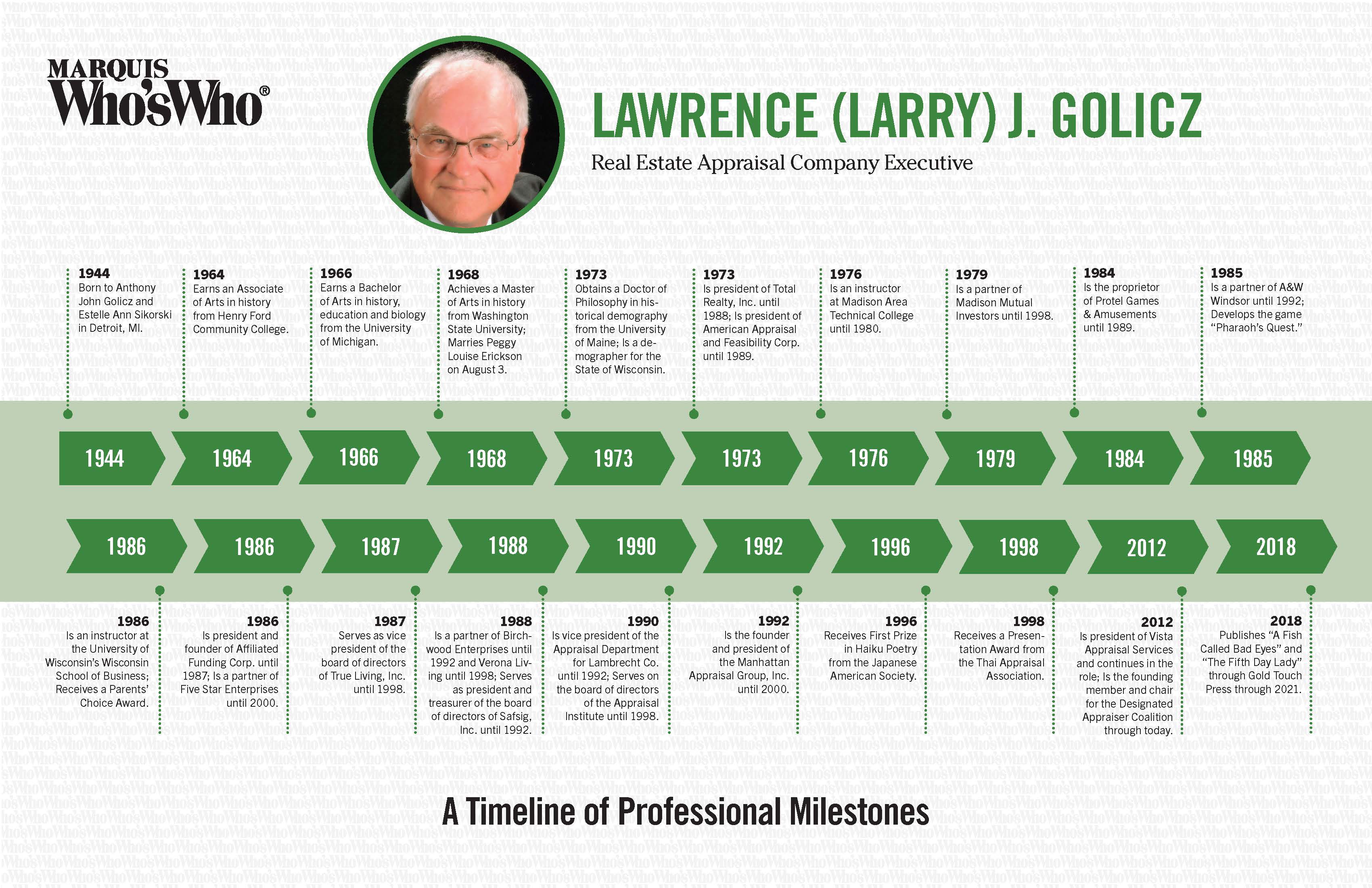 Earns an Associate of Arts in history from Henry Ford Community College.

Earns a Bachelor of Arts in history, education and biology from the University of Michigan.

Obtains a Doctor of Philosophy in historical demography from the University of Maine; Is a demographer for the State of Wisconsin.

Is an instructor at Madison Area Technical College until 1980.

Is a partner of Madison Mutual Investors until 1998.

Is the proprietor of Protel Games & Amusements until 1989.

Is a partner of A&W Windsor until 1992; Develops the game “Pharaoh’s Quest.”

Is an instructor at the University of Wisconsin’s Wisconsin School of Business; Receives a Parents’ Choice Award.

Is president and founder of Affiliated Funding Corp. until 1987; Is a partner of Five Star Enterprises until 2000.

Serves as vice president of the board of directors of True Living, Inc. until 1998.

Is a partner of Birchwood Enterprises until 1992 and Verona Living until 1998; Serves as president and treasurer of the board of directors of Safsig, Inc. until 1992.

Is the founder and president of the Manhattan Appraisal Group, Inc. until 2000.

Receives a Presentation Award from the Thai Appraisal Association.

Is president of Vista Appraisal Services and continues in the role; Is the founding member and chair for the Designated Appraiser Coalition through today.

Publishes “A Fish Called Bad Eyes” and “The Fifth Day Lady” through Gold Touch Press through 2021.