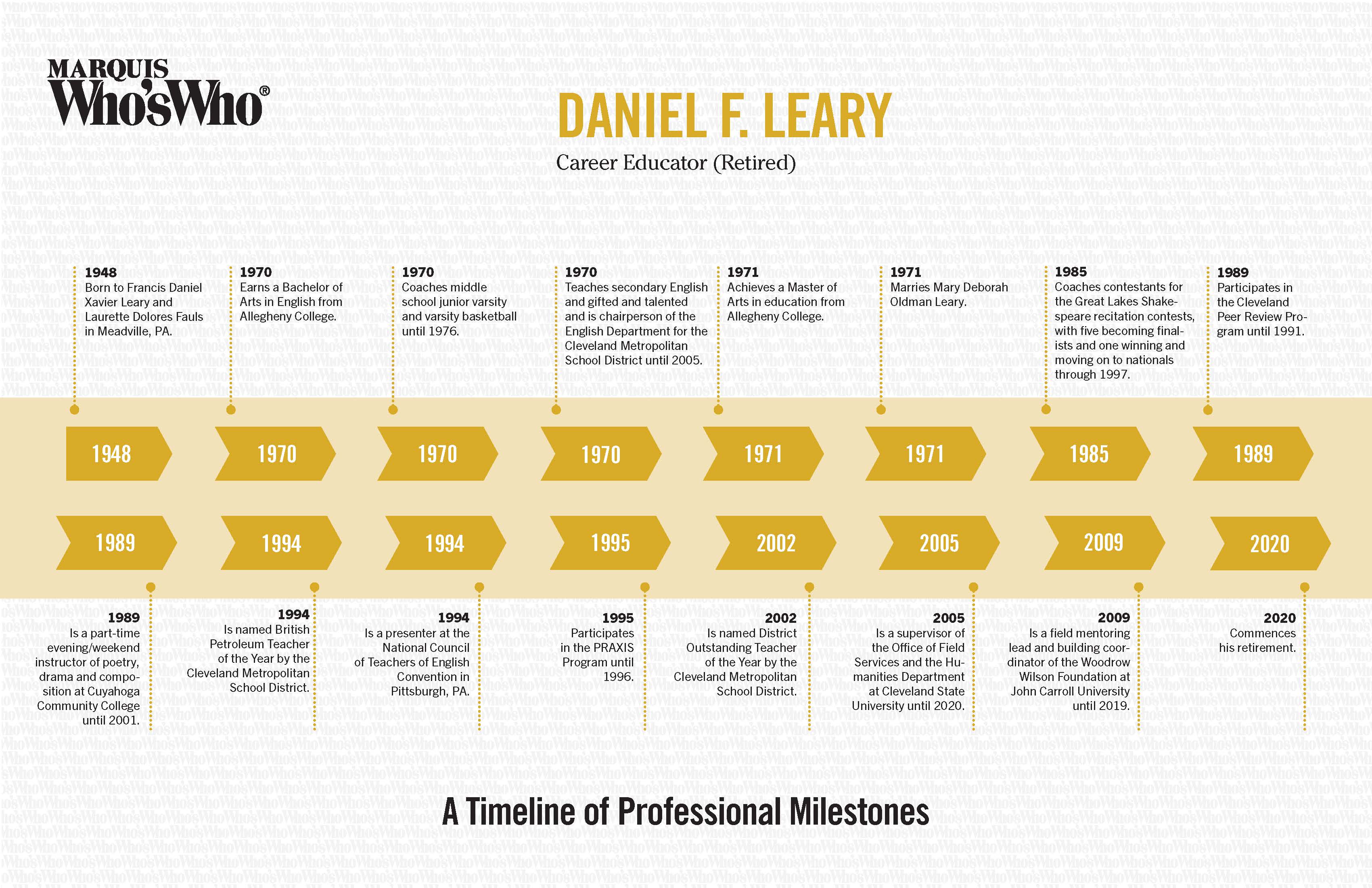 Earns a Bachelor of Arts in English from Allegheny College.

Teaches secondary English and gifted and talented and is chairperson of the English Department for the Cleveland Metropolitan School District until 2005.

Achieves a Master of Arts in education from Allegheny College.

Coaches contestants for the Great Lakes Shakespeare recitation contests, with five becoming finalists and one winning and moving on to nationals through 1997.

Participates in the Cleveland Peer Review Program until 1991.

Is a part-time evening/weekend instructor of poetry, drama and composition at Cuyahoga Community College until 2001.

Is named British Petroleum Teacher of the Year by the Cleveland Metropolitan School District.

Is a presenter at the National Council of Teachers of English Convention in Pittsburgh, PA.

Participates in the PRAXIS Program until 1996.

Is named District Outstanding Teacher of the Year by the Cleveland Metropolitan School District.

Is a supervisor of the Office of Field Services and the Humanities Department at Cleveland State University until 2020.

Is a field mentoring lead and building coordinator of the Woodrow Wilson Foundation at John Carroll University until 2019.