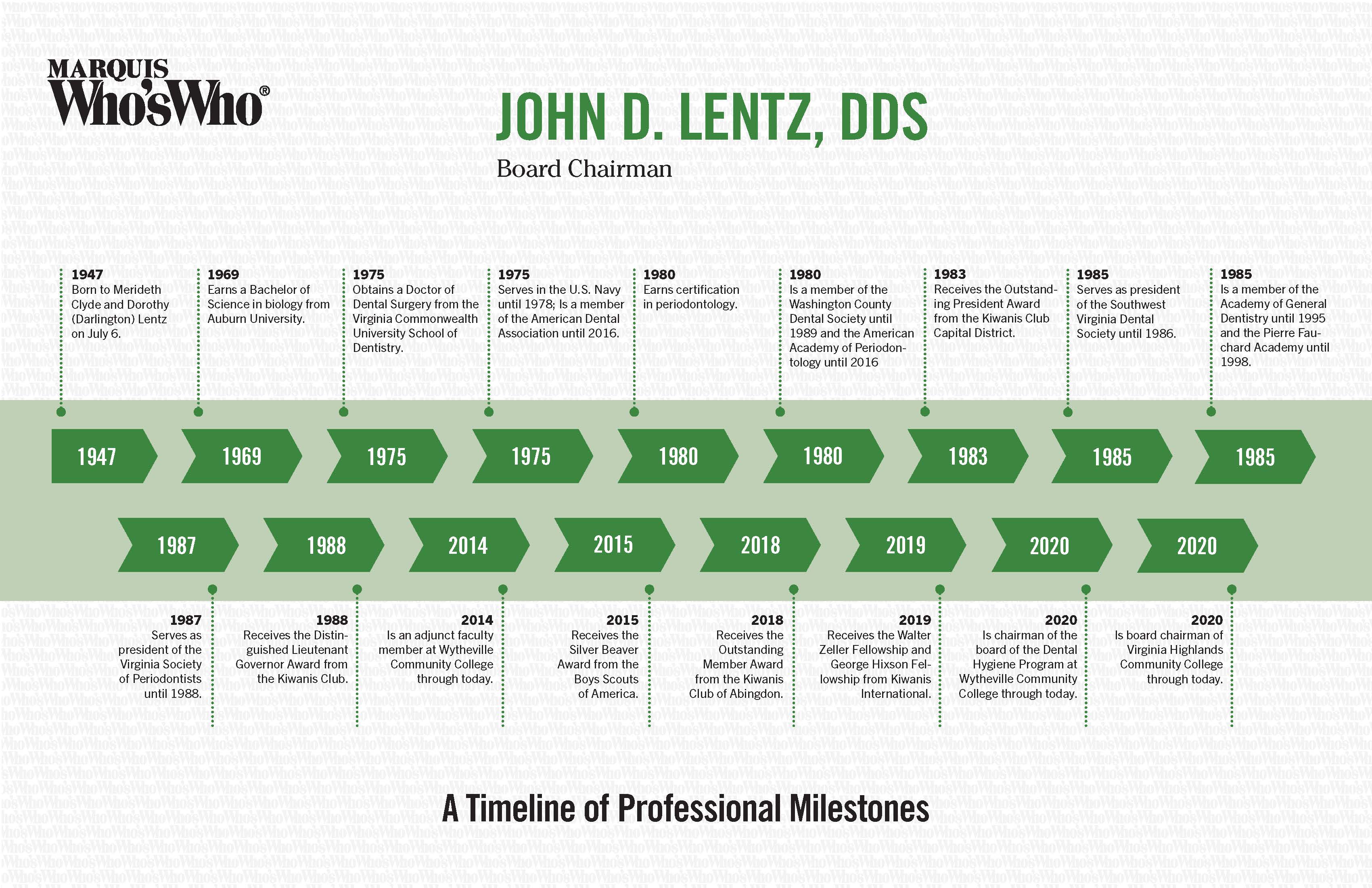 Born to Merideth Clyde and Dorothy (Darlington) Lentz on July 6.

Earns a Bachelor of Science in biology from Auburn University.

Obtains a Doctor of Dental Surgery from the Virginia Commonwealth University School of Dentistry.

Serves in the U.S. Navy until 1978; Is a member of the American Dental Association until 2016.

Serves as president of the Southwest Virginia Dental Society until 1986.

Is a member of the Academy of General Dentistry until 1995 and the Pierre Fauchard Academy until 1998.

Serves as president of the Virginia Society of Periodontists until 1988.

Receives the Distinguished Lieutenant Governor Award from the Kiwanis Club.

Is an adjunct faculty member at Wytheville Community College through today.

Receives the Silver Beaver Award from the Boys Scouts of America.

Receives the Outstanding Member Award from the Kiwanis Club of Abingdon.

Is chairman of the board of the Dental Hygiene Program at Wytheville Community College through today.

Is board chairman of Virginia Highlands Community College through today.