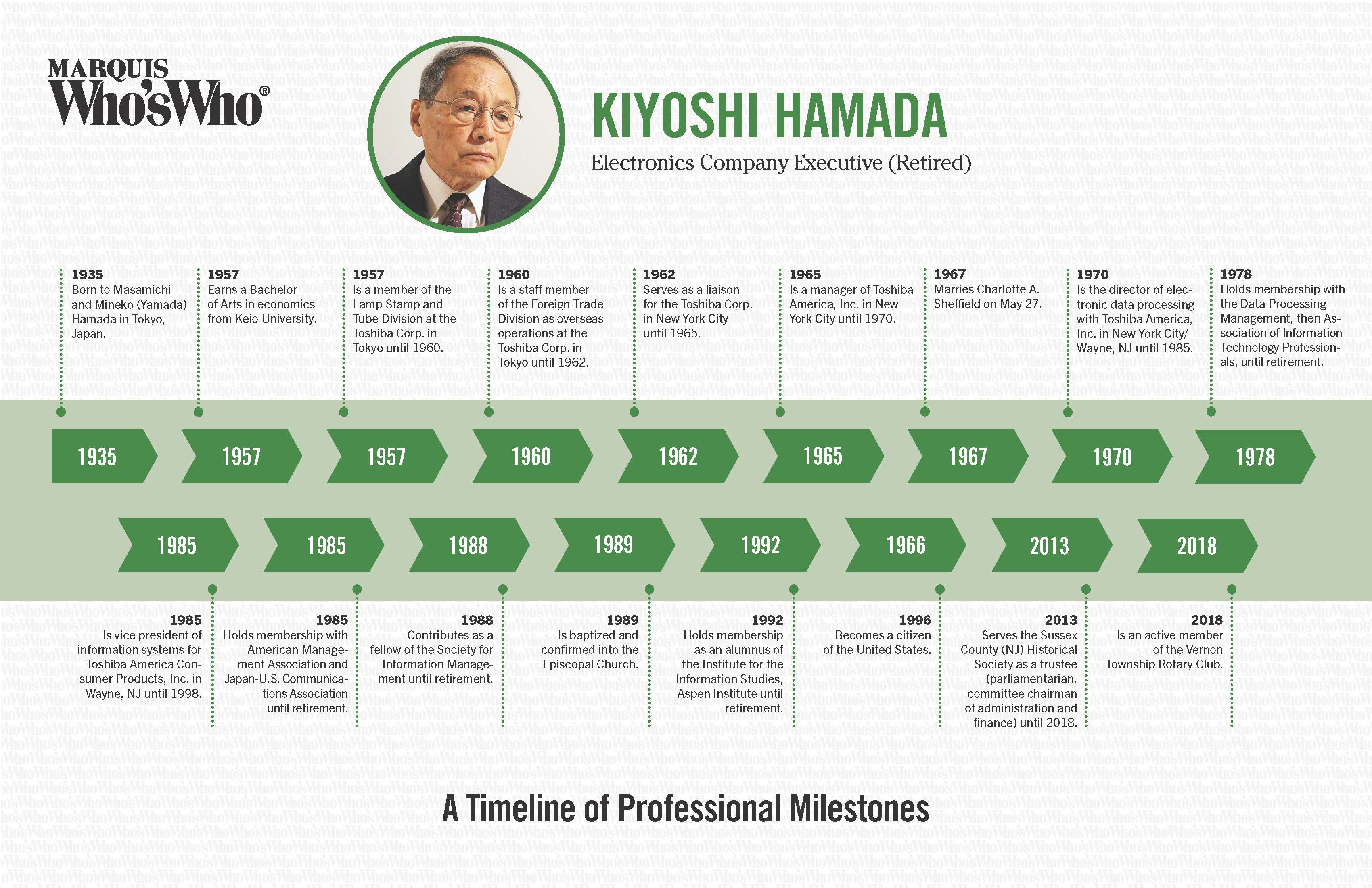 Born to Masamichi and Mineko (Yamada) Hamada in Tokyo, Japan.

Earns a Bachelor of Arts in economics from Keio University.

Is a member of the Lamp Stamp and Tube Division at the Toshiba Corp. in Tokyo until 1960.

Is a staff member of the Foreign Trade Division as overseas operations at the Toshiba Corp. in Tokyo until 1962.

Serves as a liaison for the Toshiba Corp. in New York City until 1965.

Is a manager of Toshiba America, Inc. in New York City until 1970.

Marries Charlotte A. Sheffield on May 27.

Is the director of electronic data processing with Toshiba America, Inc. in New York City/Wayne, NJ until 1985.

Holds membership with the Data Processing Management, then Association of Information Technology Professionals, until retirement

Is vice president of information systems for Toshiba America Consumer Products, Inc. in Wayne, NJ until 1998.

Contributes as a fellow of the Society for Information Management until retirement.

Is baptized and confirmed into the Episcopal Church.

Holds membership as an alumnus of the Institute for the Information Studies, Aspen Institute until retirement.

Becomes a citizen of the United States.

Serves the Sussex County (NJ) Historical Society as a trustee (parliamentarian, committee chairman of administration and finance) until 2018.

Is an active member of the Vernon Township Rotary Club.