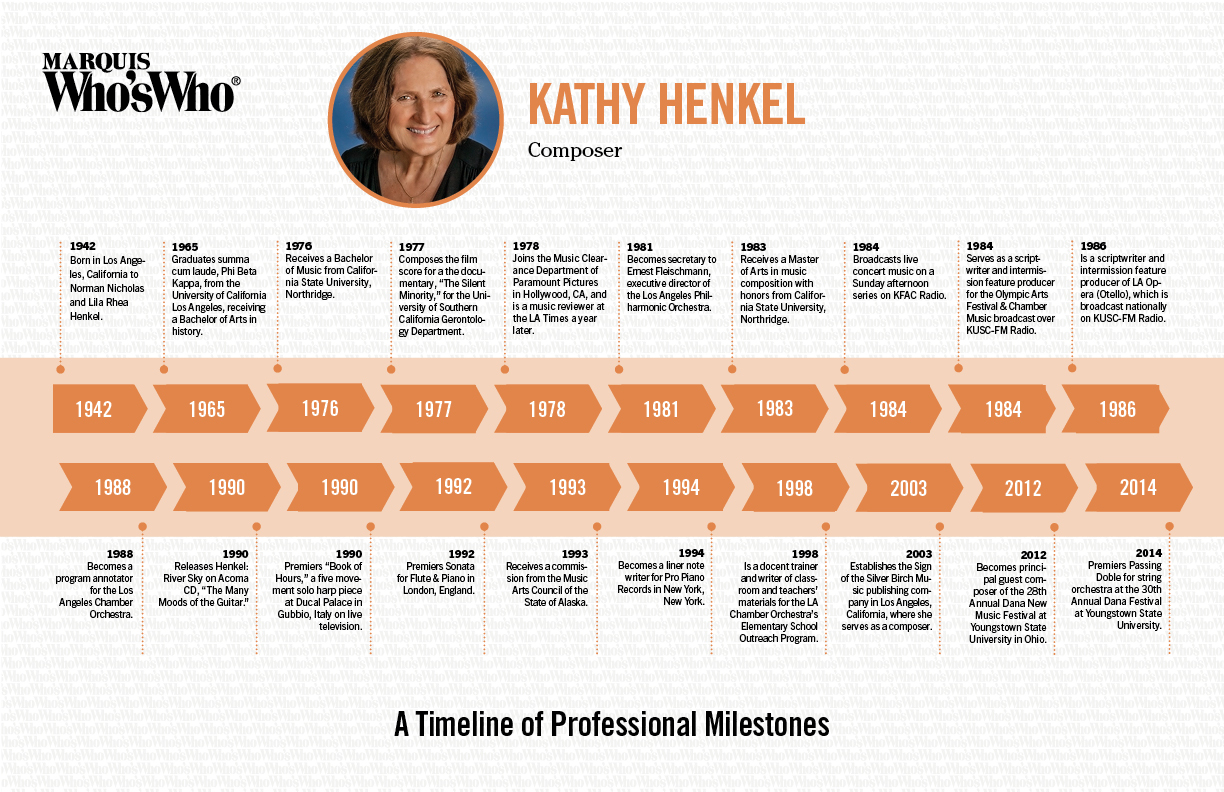 Receives a Bachelor of Music from California State University, Northridge.

Composes the film score for the documentary, “The Silent Minority,” for the University of Southern California Gerontology Department.

Joins the Music Clearance Department of Paramount Pictures in Hollywood, CA, and is a music reviewer at the LA Times a year later.

Receives a Master of Arts in music composition with honors from California State University, Northridge.

Serves as a scriptwriter and intermission feature producer for the Olympic Arts Festival & Chamber Music broadcast over KUSC-FM Radio.

Is a scriptwriter and intermission feature producer of LA Opera (Otello), which is broadcast nationally on KUSC-FM Radio.

Becomes a program annotator for the Los Angeles Chamber Orchestra.

Releases Henkel: River Sky on Acoma CD, “The Many Moods of the Guitar.”

Receives a commission from the Music Arts Council of the State of Alaska.

Is a docent trainer and writer of classroom and teachers’ materials for the LA Chamber Orchestra’s Elementary School Outreach Program.

Establishes the Sign of the Silver Birch Music publishing company in Los Angeles, California, where she serves as a composer.