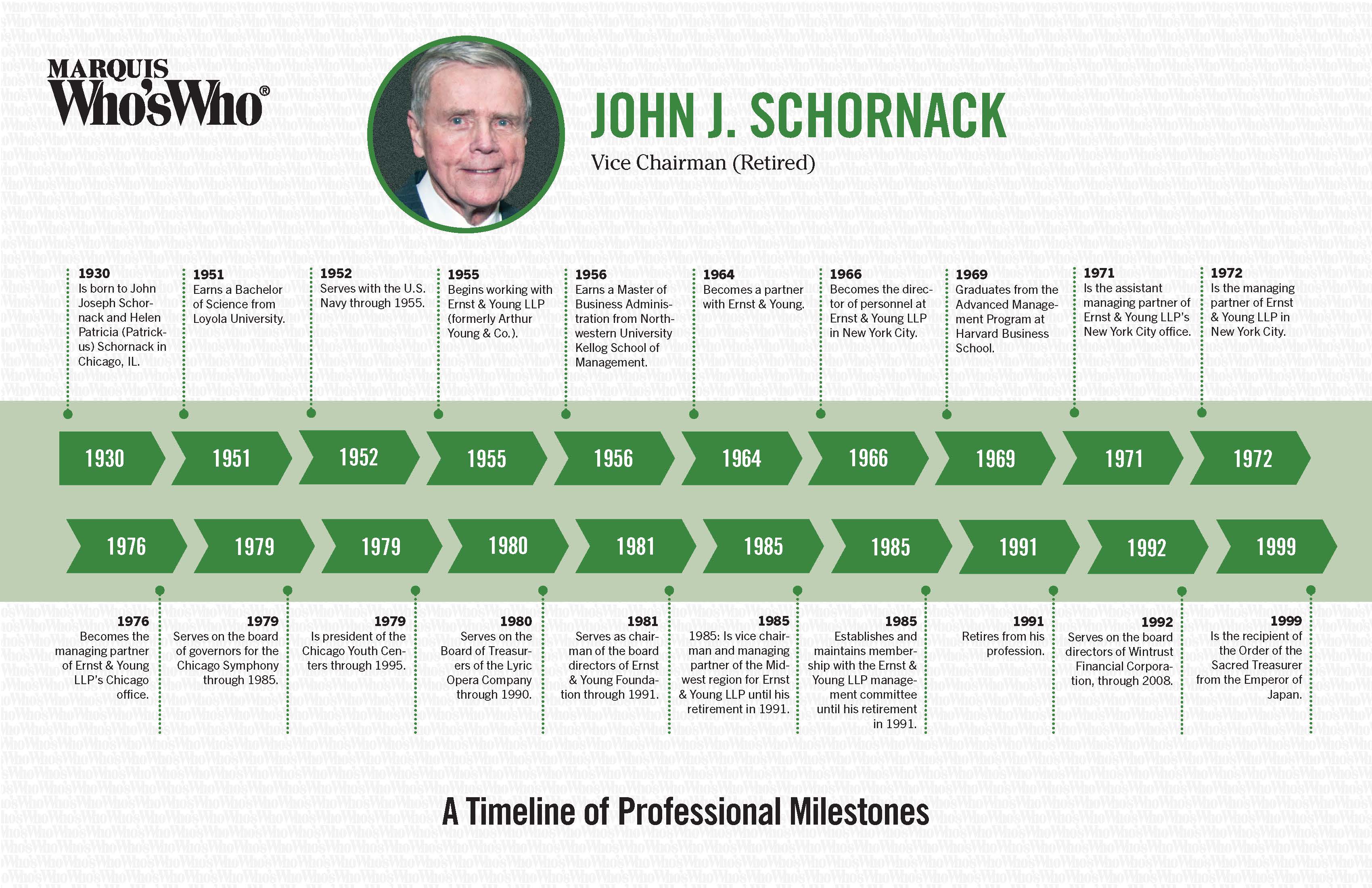 Earns a Bachelor of Science from Loyola University.

Earns a Master of Business Administration from Northwestern University Kellog School of Management.

Becomes a partner with Ernst & Young.

Becomes the director of personnel at Ernst & Young LLP in New York City.

Graduates from the Advanced Management Program at Harvard Business School.

Is the managing partner of Ernst & Young LLP in New York City.

Serves on the board of governors for the Chicago Symphony through 1985.

Is president of the Chicago Youth Centers through 1995.

Serves on the Board of Treasurers of the Lyric Opera Company through 1990.

Serves as chairman of the board directors of Ernst & Young Foundation through 1991.

Is vice chairman and managing partner of the Midwest region for Ernst & Young LLP until his retirement in 1991.

Establishes and maintains membership with the Ernst & Young LLP management committee until his retirement in 1991.

Serves on the board directors of Wintrust Financial Corporation, through 2008.

Is the recipient of the Order of the Sacred Treasurer from the Emperor of Japan.