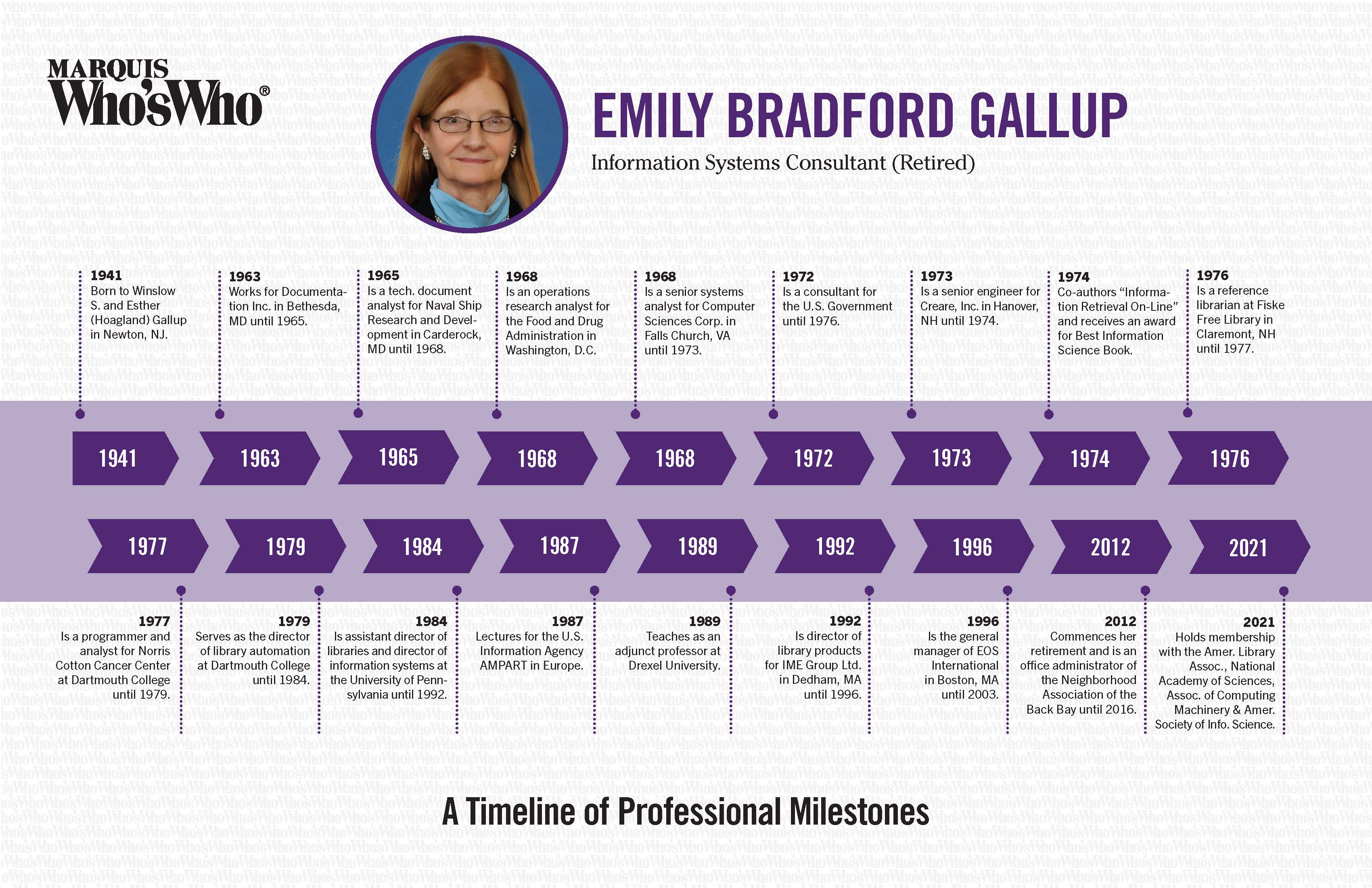 Works for Documentation Inc. in Bethesda, MD until 1965.

Is a tech. document analyst for Naval Ship Research and Development in Carderock, MD until 1968.

Is an operations research analyst for the Food and Drug Administration in Washington, D.C.

Is a senior systems analyst for Computer Sciences Corp. in Falls Church, VA until 1973.

Is a consultant for the U.S. Government until 1976.

Is a senior engineer for Creare, Inc. in Hanover, NH until 1974.

Is a reference librarian at Fiske Free Library in Claremont, NH until 1977.

Is a programmer and analyst for Norris Cotton Cancer Center at Dartmouth College until 1979.

Serves as the director of library automation at Dartmouth College until 1984.

Is assistant director of libraries and director of information systems at the University of Pennsylvania until 1992.

Lectures for the U.S. Information Agency AMPART in Europe.

Teaches as an adjunct professor at Drexel University.

Is director of library products for IME Group Ltd. in Dedham, MA until 1996.

Is the general manager of EOS International in Boston, MA until 2003.

Commences her retirement and is an office administrator of the Neighborhood Association of the Back Bay until 2016.