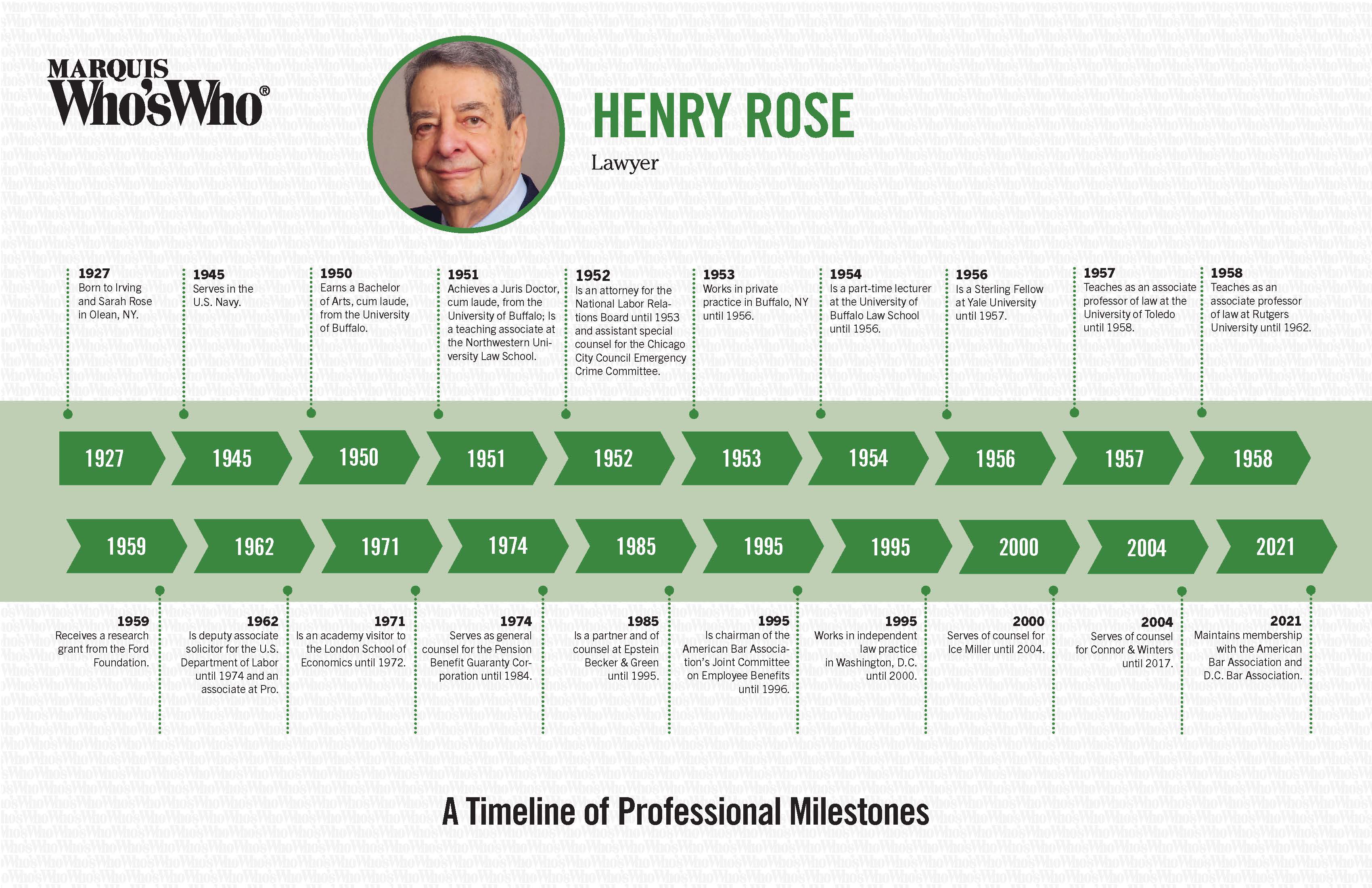 Born to Irving and Sarah Rose in Olean, NY.

Serves in the U.S. Navy.

Is an attorney for the National Labor Relations Board until 1953 and assistant special counsel for the Chicago City Council Emergency Crime Committee.

Works in private practice in Buffalo, NY until 1956.

Is a part-time lecturer at the University of Buffalo Law School until 1956.

Is a Sterling Fellow at Yale University until 1957.

Teaches as an associate professor of law at the University of Toledo until 1958.

Teaches as an associate professor of law at Rutgers University until 1962.

Receives a research grant from the Ford Foundation.

Is deputy associate solicitor for the U.S. Department of Labor until 1974 and an associate at Pro.

Is an academy visitor to the London School of Economics until 1972.

Serves as general counsel for the Pension Benefit Guaranty Corporation until 1984.

Is a partner and of counsel at Epstein Becker & Green until 1995.

Is chairman of the American Bar Association’s Joint Committee on Employee Benefits until 1996.

Works in independent law practice in Washington, D.C. until 2000.

Serves of counsel for Ice Miller until 2004.

Serves of counsel for Connor & Winters until 2017.