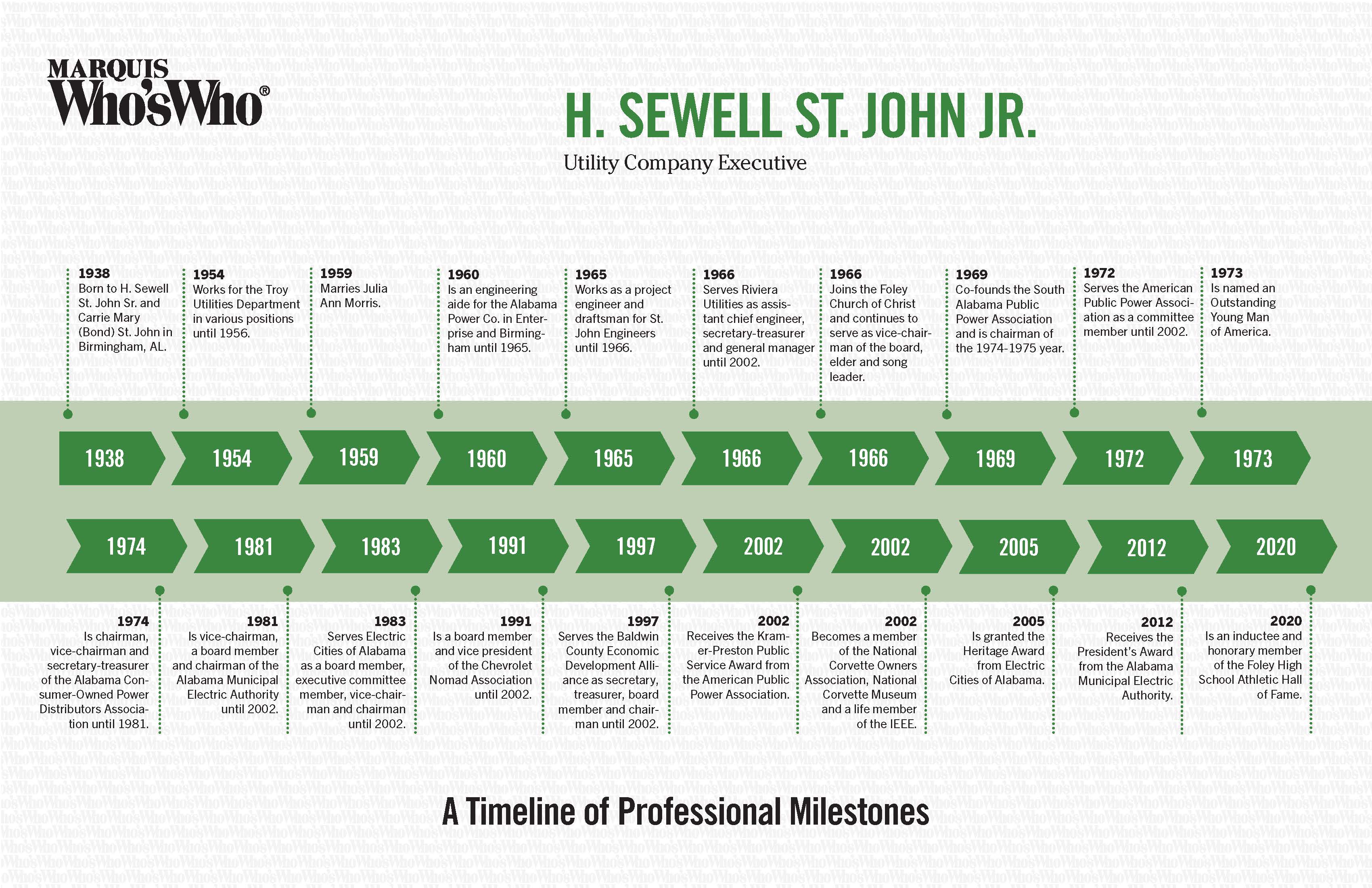 Works for the Troy Utilities Department in various positions until 1956.

Is an engineering aide for the Alabama Power Co. in Enterprise and Birmingham until 1965.

Works as a project engineer and draftsman for St. John Engineers until 1966.

Joins the Foley Church of Christ and continues to serve as vice-chairman of the board, elder and song leader.

Co-founds the South Alabama Public Power Association and is chairman of the 1974-1975 year.

Serves the American Public Power Association as a committee member until 2002.

Is named an Outstanding Young Man of America.

Is chairman, vice-chairman and secretary-treasurer of the Alabama Consumer-Owned Power Distributors Association until 1981.

Is vice-chairman, a board member and chairman of the Alabama Municipal Electric Authority until 2002.

Serves Electric Cities of Alabama as a board member, executive committee member, vice-chairman and chairman until 2002.

Is a board member and vice president of the Chevrolet Nomad Association until 2002.

Serves the Baldwin County Economic Development Alliance as secretary, treasurer, board member and chairman until 2002.

Is granted the Heritage Award from Electric Cities of Alabama.

Receives the President’s Award from the Alabama Municipal Electric Authority.

Is an inductee and honorary member of the Foley High School Athletic Hall of Fame.