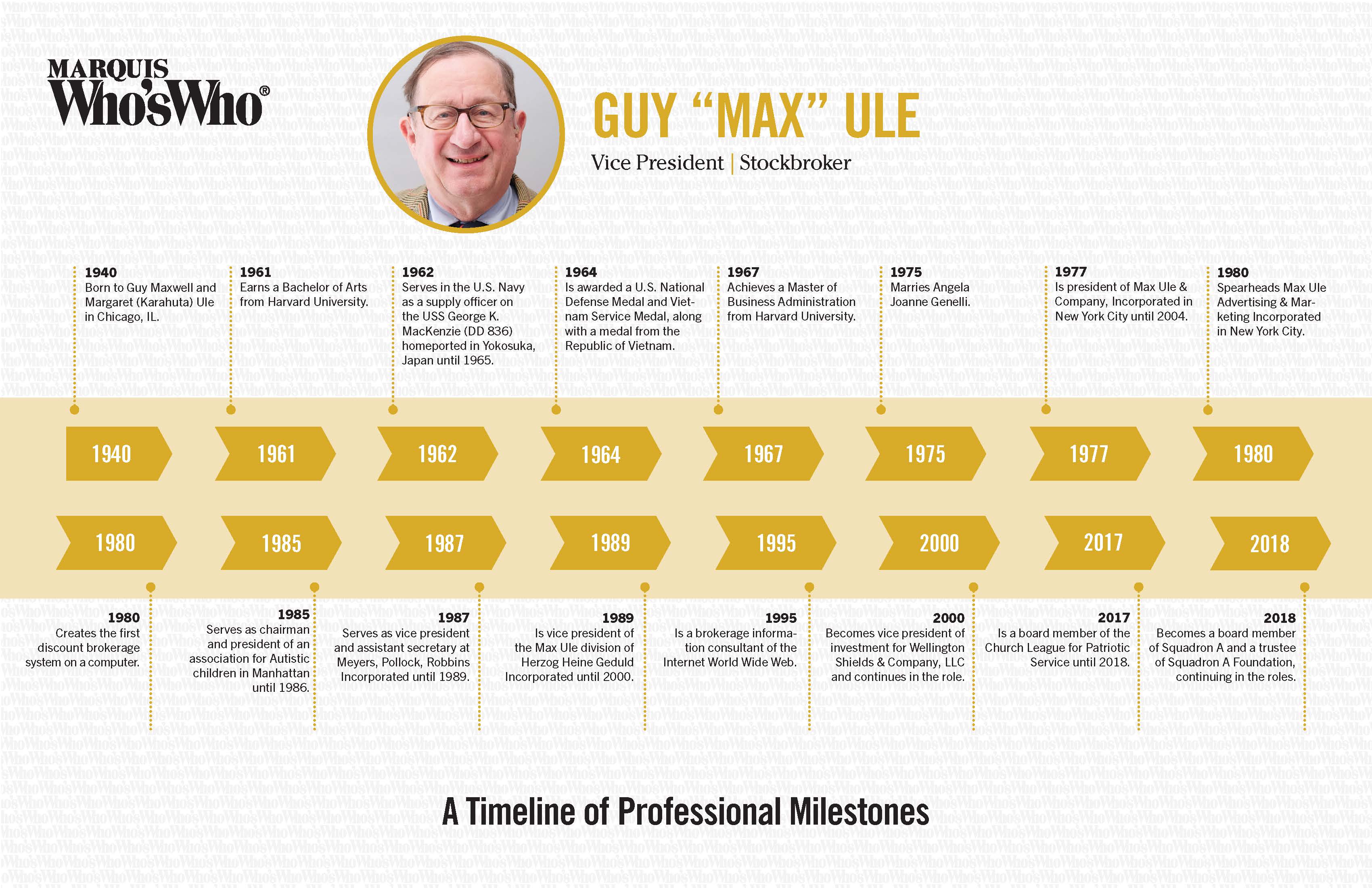 Earns a Bachelor of Arts from Harvard University.

Serves in the U.S. Navy as a supply officer on the USS George K. MacKenzie (DD 836) homeported in Yokosuka, Japan until 1965.

Is awarded a U.S. National Defense Medal and Vietnam Service Medal, along with a medal from the Republic of Vietnam.

Achieves a Master of Business Administration from Harvard University.

Is president of Max Ule & Company, Incorporated in New York City until 2004.

Creates the first discount brokerage system on a computer.

Serves as chairman and president of an association for Autistic children in Manhattan until 1986.

Serves as vice president and assistant secretary at Meyers, Pollock, Robbins Incorporated until 1989.

Is vice president of the Max Ule division of Herzog Heine Geduld Incorporated until 2000.

Is a brokerage information consultant of the Internet World Wide Web.

Becomes vice president of investment for Wellington Shields & Company, LLC and continues in the role.

Is a board member of the Church League for Patriotic Service until 2018.