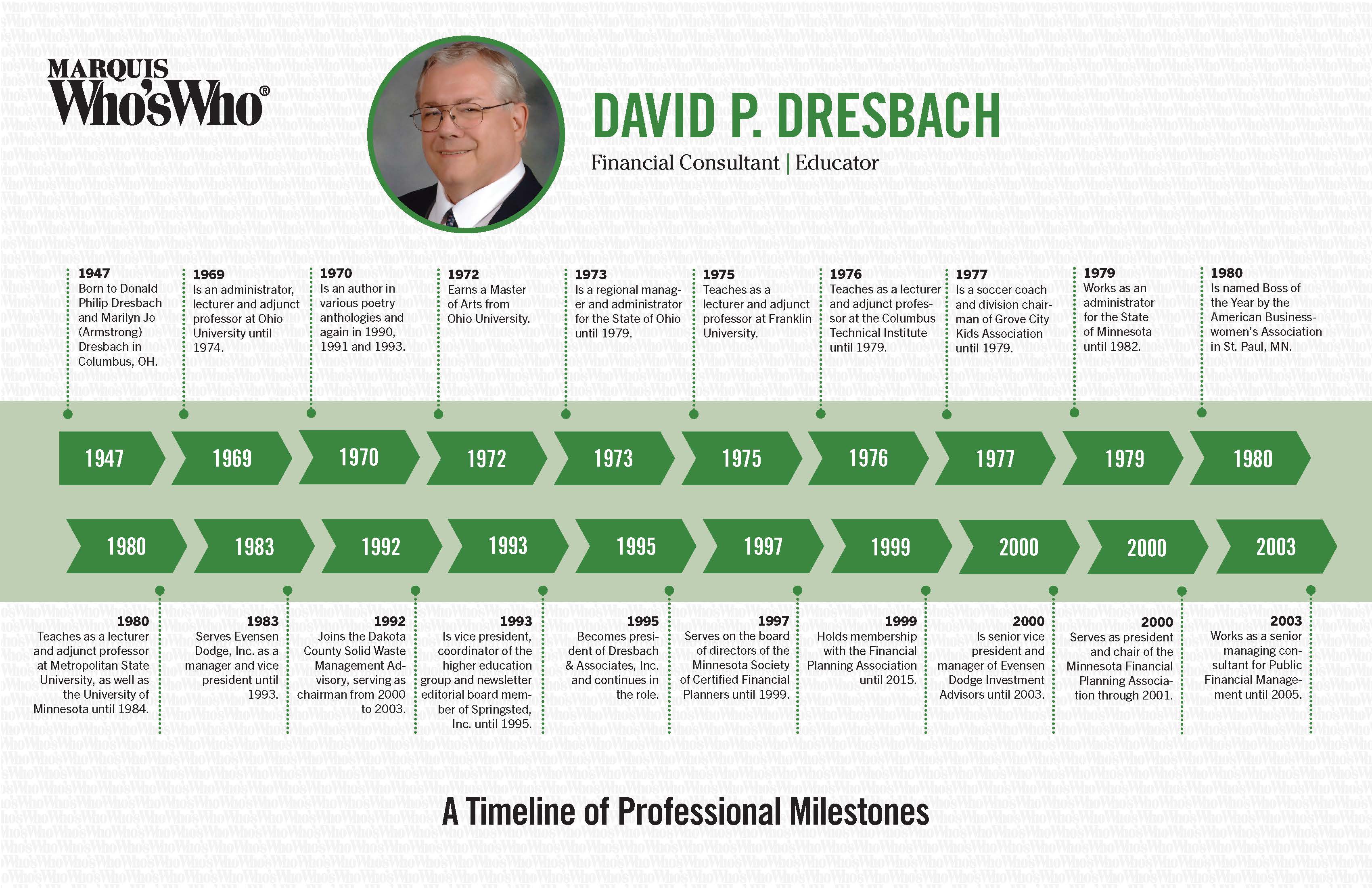 Is an administrator, lecturer and adjunct professor at Ohio University until 1974.

Earns a Master of Arts from Ohio University.

Is a regional manager and administrator for the State of Ohio until 1979.

Teaches as a lecturer and adjunct professor at Franklin University.

Teaches as a lecturer and adjunct professor at the Columbus Technical Institute until 1979.

Is a soccer coach and division chairman of Grove City Kids Association until 1979.

Works as an administrator for the State of Minnesota until 1982.

Is named Boss of the Year by the American Businesswomen’s Association in St. Paul, MN.

Teaches as a lecturer and adjunct professor at Metropolitan State University, as well as the University of Minnesota until 1984.

Serves Evensen Dodge, Inc. as a manager and vice president until 1993.

Joins the Dakota County Solid Waste Management Advisory, serving as chairman from 2000 to 2003.

Is vice president, coordinator of the higher education group and newsletter editorial board member of Springsted, Inc. until 1995.

Becomes president of Dresbach & Associates, Inc. and continues in the role.

Serves on the board of directors of the Minnesota Society of Certified Financial Planners until 1999.

Holds membership with the Financial Planning Association until 2015.

Is senior vice president and manager of Evensen Dodge Investment Advisors until 2003.

Serves as president and chair of the Minnesota Financial Planning Association through 2001.

Works as a senior managing consultant for Public Financial Management until 2005.