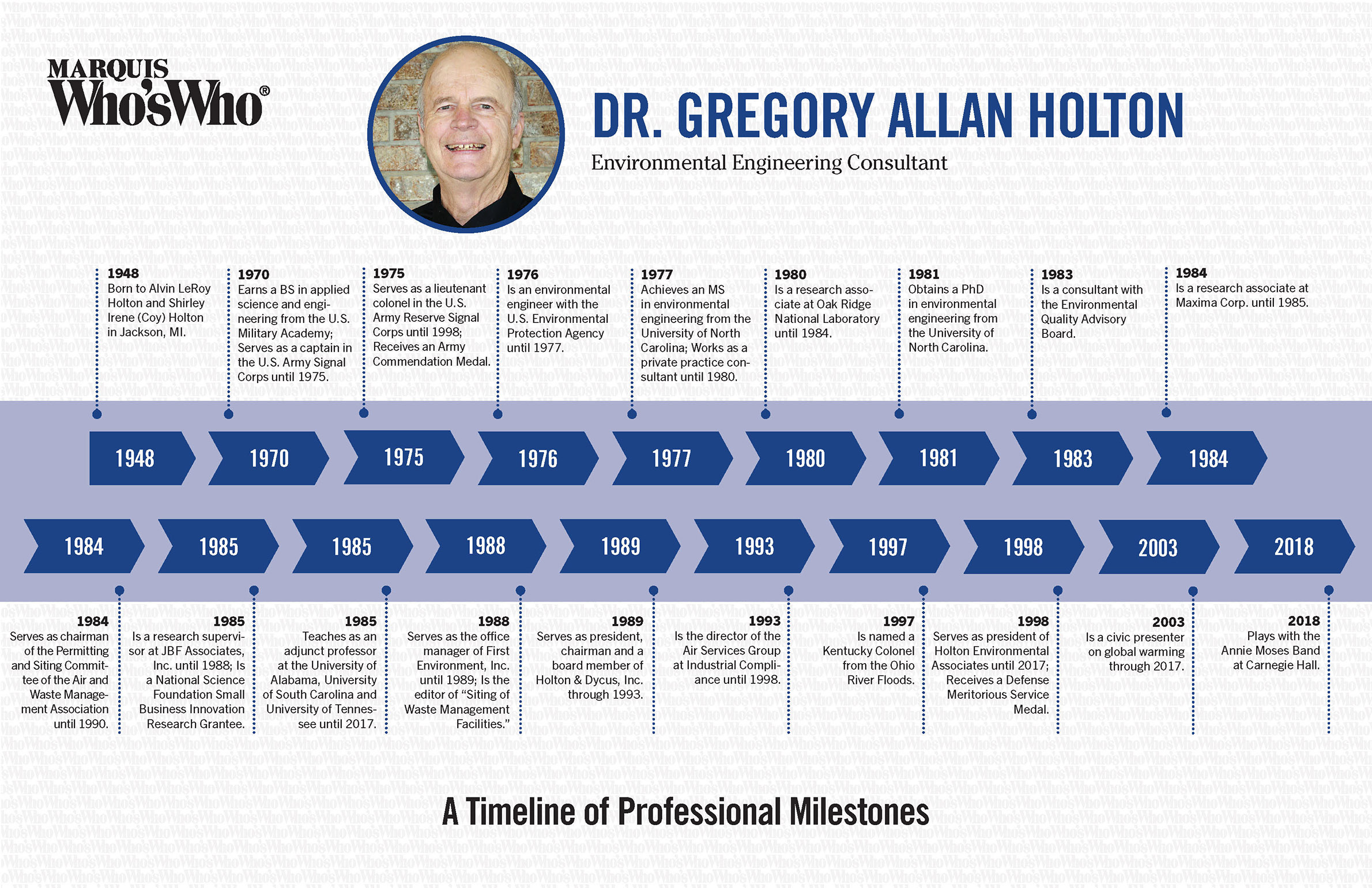 Earns a BS in applied science and engineering from the U.S. Military Academy; Serves as a captain in the U.S. Army Signal Corps until 1975.

Serves as a lieutenant colonel in the U.S. Army Reserve Signal Corps until 1998; Receives an Army Commendation Medal.

Achieves an MS in environmental engineering from the University of North Carolina; Works as a private practice consultant until 1980.

Is a research associate at Oak Ridge National Laboratory until 1984.

Obtains a PhD in environmental engineering from the University of North Carolina.

Is a consultant with the Environmental Quality Advisory Board.

Is a research associate at Maxima Corp. until 1985.

Serves as chairman of the Permitting and Siting Committee of the Air and Waste Management Association until 1990.

Is a research supervisor at JBF Associates, Inc. until 1988; Is a National Science Foundation Small Business Innovation Research Grantee.

Serves as the office manager of First Environment, Inc. until 1989; Is the editor of “Siting of Waste Management Facilities.”

Serves as president, chairman and a board member of Holton & Dycus, Inc. through 1993.

Is the director of the Air Services Group at Industrial Compliance until 1998.

Is named a Kentucky Colonel from the Ohio River Floods.

Is a civic presenter on global warming through 2017.

Plays with the Annie Moses Band at Carnegie Hall.