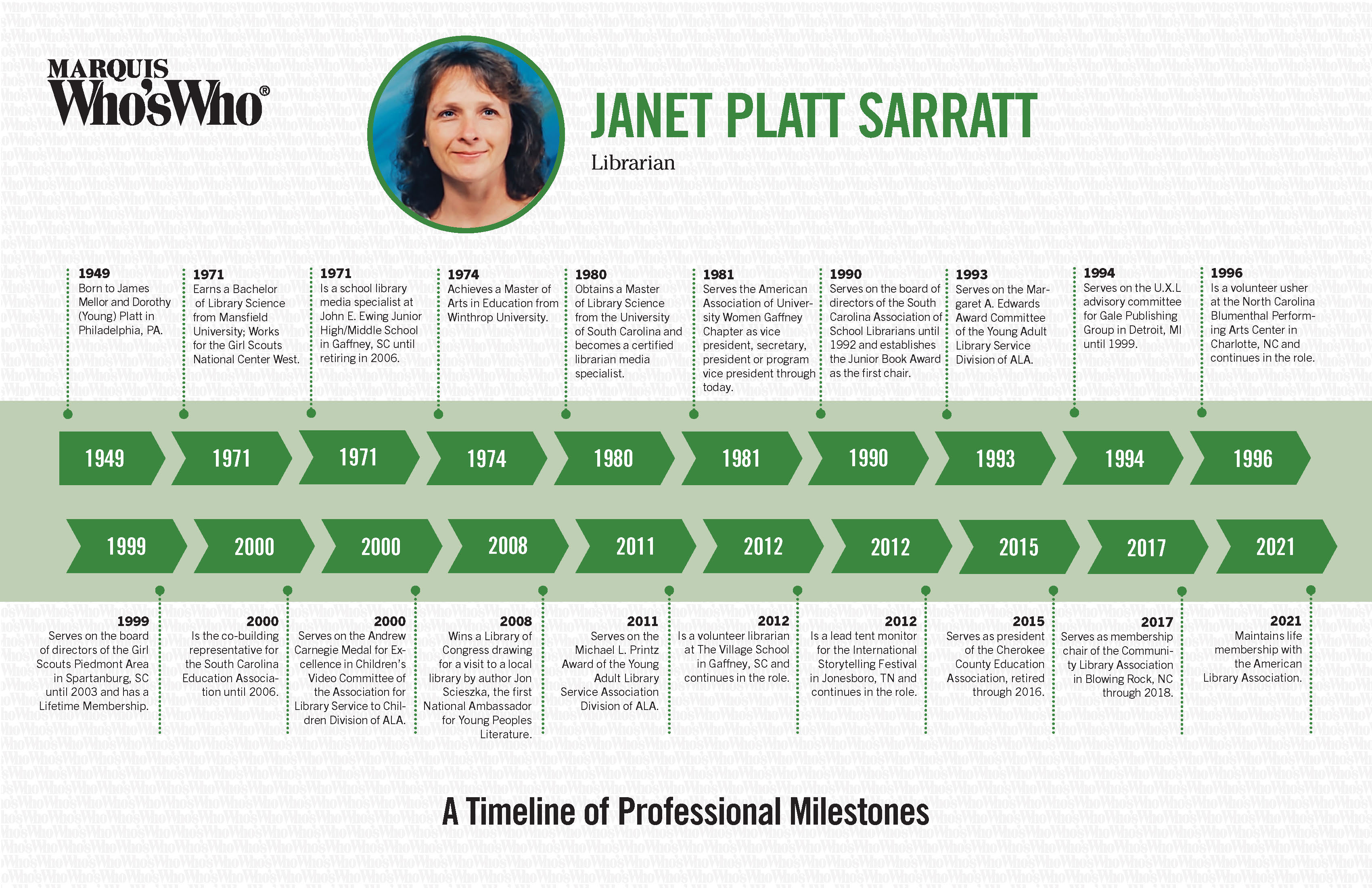 Is a school library media specialist at John E. Ewing Junior High/Middle School in Gaffney, SC until retiring in 2006.

Achieves a Master of Arts in Education from Winthrop University.

Obtains a Master of Library Science from the University of South Carolina and becomes a certified librarian media specialist.

Serves on the board of directors of the South Carolina Association of School Librarians until 1992 and establishes the Junior Book Award as the first chair.

Serves on the Margaret A. Edwards Award Committee of the Young Adult Library Service Division of ALA.

Serves on the U.X.L advisory committee for Gale Publishing Group in Detroit, MI until 1999.

Is a volunteer usher at the North Carolina Blumenthal Performing Arts Center in Charlotte, NC and continues in the role.

Serves on the board of directors of the Girl Scouts Piedmont Area in Spartanburg, SC until 2003 and has a Lifetime Membership.

Is the co-building representative for the South Carolina Education Association until 2006.

Serves on the Andrew Carnegie Medal for Excellence in Children’s Video Committee of the Association for Library Service to Children Division of ALA.

Wins a Library of Congress drawing for a visit to a local library by author Jon Scieszka, the first National Ambassador for Young Peoples Literature.

Serves on the Michael L. Printz Award of the Young Adult Library Service Association Division of ALA.

Is a volunteer librarian at The Village School in Gaffney, SC and continues in the role.

Is a lead tent monitor for the International Storytelling Festival in Jonesboro, TN and continues in the role.

Serves as president of the Cherokee County Education Association, retired through 2016.

Serves as membership chair of the Community Library Association in Blowing Rock, NC through 2018.