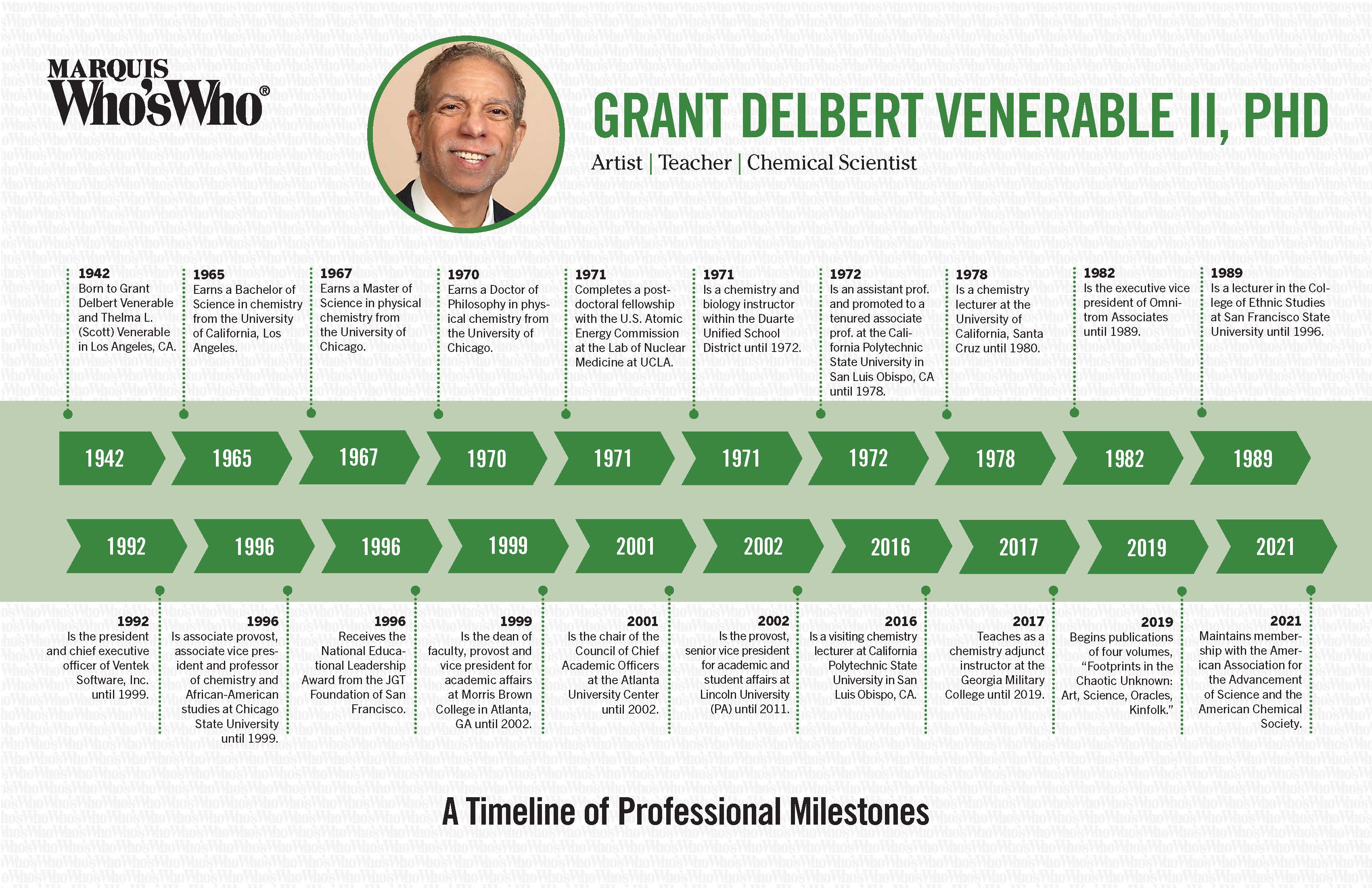 Earns a Bachelor of Science in chemistry from the University of California, Los Angeles.

Earns a Master of Science in physical chemistry from the University of Chicago.

Earns a Doctor of Philosophy in physical chemistry from the University of Chicago.

Completes a postdoctoral fellowship with the U.S. Atomic Energy Commission at the Lab of Nuclear Medicine at UCLA.

Is a chemistry and biology instructor within the Duarte Unified School District until 1972.

Is an assistant prof. and promoted to a tenured associate prof. at the California Polytechnic State University in San Luis Obispo, CA until 1978.

Is a chemistry lecturer at the University of California, Santa Cruz until 1980.

Is the executive vice president of Omnitrom Associates until 1989.

Is a lecturer in the College of Ethnic Studies at San Francisco State University until 1996.

Is the president and chief executive officer of Ventek Software, Inc. until 1999.

Is associate provost, associate vice president and professor of chemistry and African-American studies at Chicago State University until 1999.

Receives the National Educational Leadership Award from the JGT Foundation of San Francisco.

Is the dean of faculty, provost and vice president for academic affairs at Morris Brown College in Atlanta, GA until 2002.

Is the chair of the Council of Chief Academic Officers at the Atlanta University Center until 2002.

Is the provost, senior vice president for academic and student affairs at Lincoln University (PA) until 2011.

Teaches as a chemistry adjunct instructor at the Georgia Military College until 2019.

Maintains membership with the American Association for the Advancement of Science and the American Chemical Society.