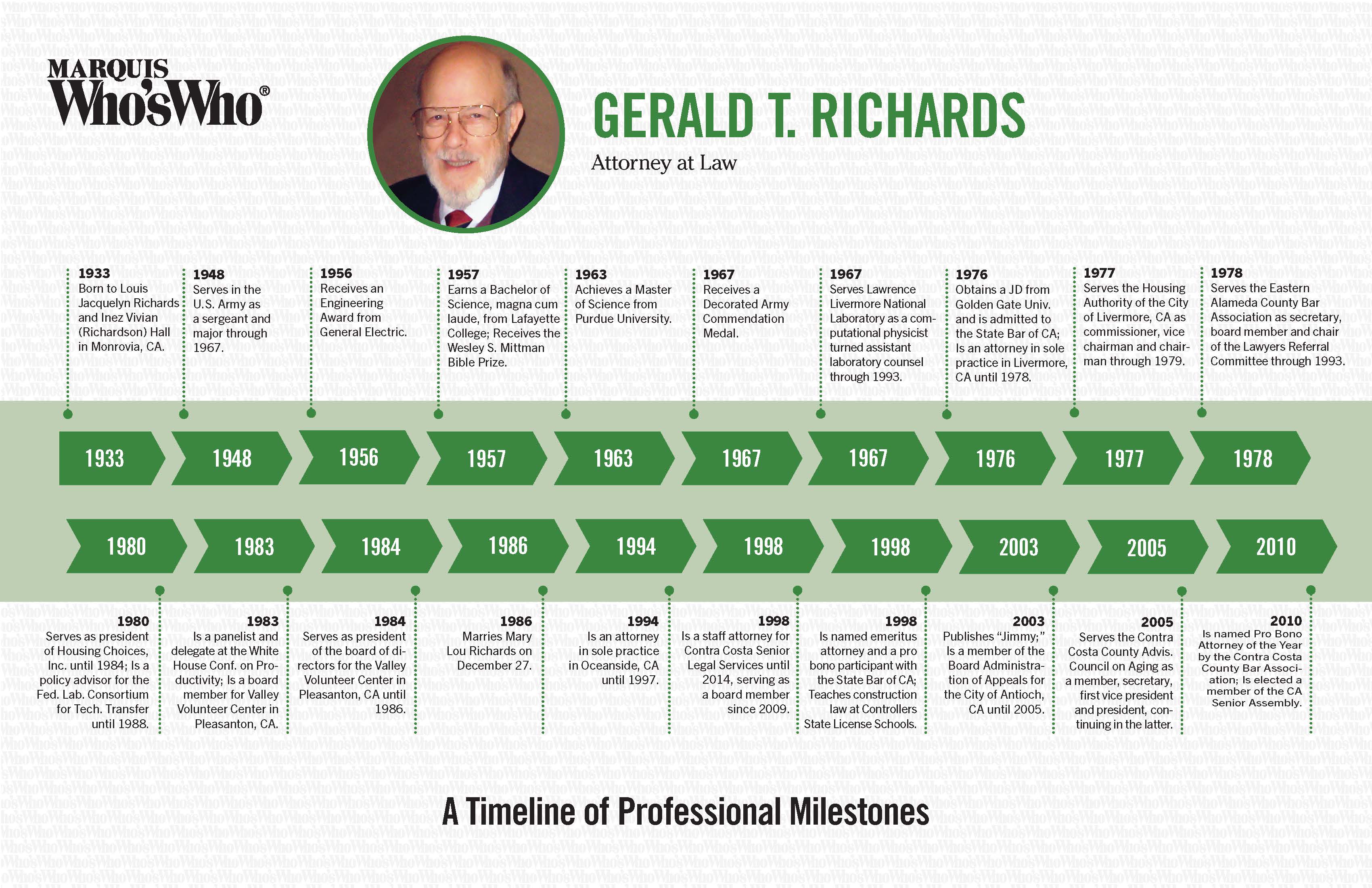 Serves in the U.S. Army as a sergeant and major through 1967.

Achieves a Master of Science from Purdue University.

Obtains a JD from Golden Gate Univ. and is admitted to the State Bar of CA; Is an attorney in sole practice in Livermore, CA until 1978.

Serves the Housing Authority of the City of Livermore, CA as commissioner, vice chairman and chairman through 1979.

Serves the Eastern Alameda County Bar Association as secretary, board member and chair of the Lawyers Referral Committee through 1993.

Serves as president of Housing Choices, Inc. until 1984; Is a policy advisor for the Fed. Lab. Consortium for Tech. Transfer until 1988.

Is a panelist and delegate at the White House Conf. on Productivity; Is a board member for Valley Volunteer Center in Pleasanton, CA.

Serves as president of the board of directors for the Valley Volunteer Center in Pleasanton, CA until 1986.

Is an attorney in sole practice in Oceanside, CA until 1997.

Is a staff attorney for Contra Costa Senior Legal Services until 2014, serving as a board member since 2009.

Is named emeritus attorney and a pro bono participant with the State Bar of CA; Teaches construction law at Controllers State License Schools.

Publishes “Jimmy;” Is a member of the Board Administration of Appeals for the City of Antioch, CA until 2005.

Serves the Contra Costa County Advis. Council on Aging as a member, secretary, first vice president and president, continuing in the latter.

Is named Pro Bono Attorney of the Year by the Contra Costa County Bar Association; Is elected a member of the CA Senior Assembly.