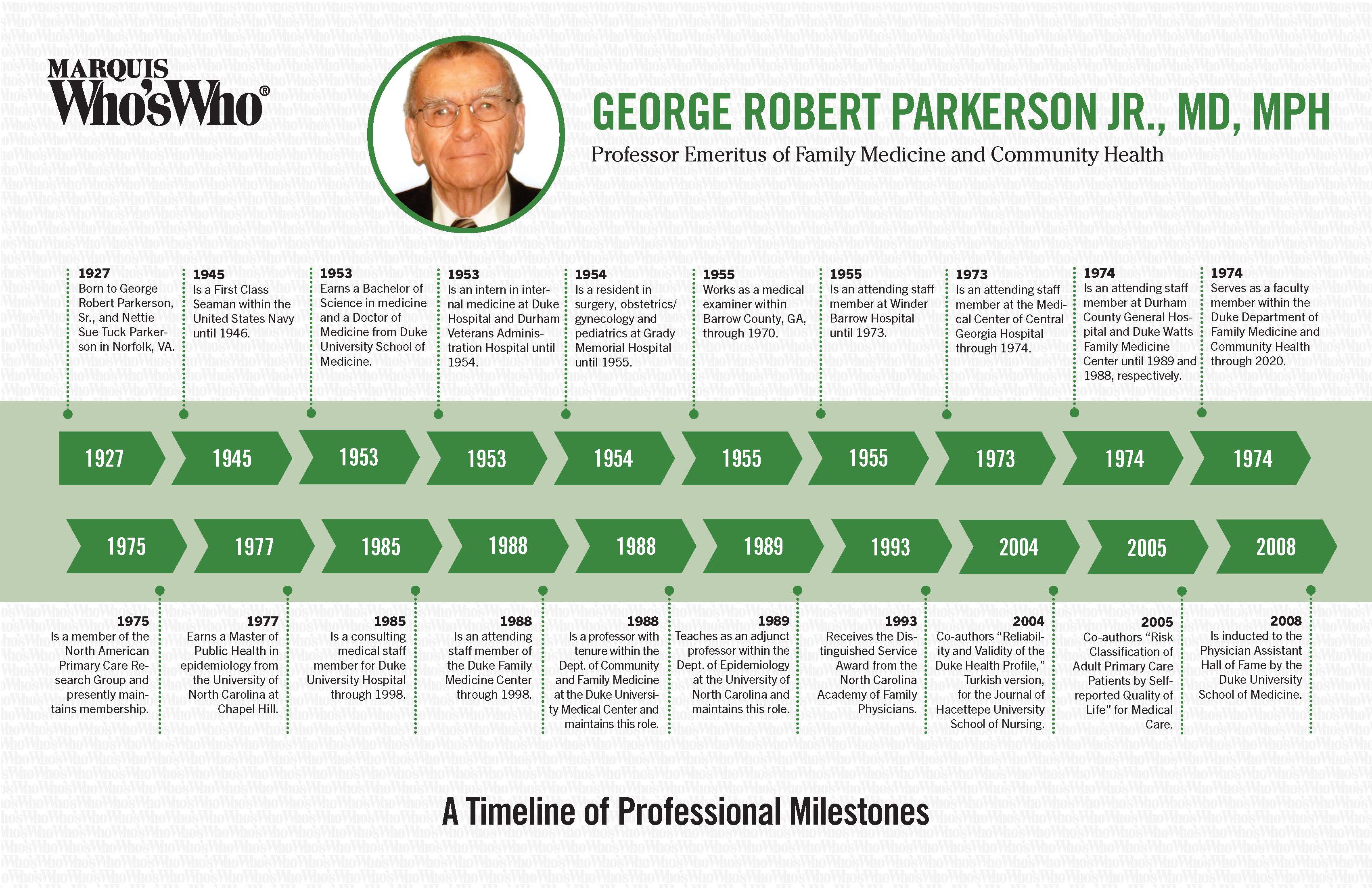 Is a First Class Seaman within the United States Navy until 1946.

Earns a Bachelor of Science in medicine and a Doctor of Medicine from Duke University School of Medicine.

Is an intern in internal medicine at Duke Hospital and Durham Veterans Administration Hospital until 1954.

Is a resident in surgery, obstetrics/gynecology and pediatrics at Grady Memorial Hospital until 1955.

Works as a medical examiner within Barrow County, GA, through 1970.

Is an attending staff member at Winder Barrow Hospital until 1973.

Is an attending staff member at the Medical Center of Central Georgia Hospital through 1974.

Is an attending staff member at Durham County General Hospital and Duke Watts Family Medicine Center until 1989 and 1988, respectively.

Serves as a faculty member within the Duke Department of Family Medicine and Community Health through 2020.

Is a member of the North American Primary Care Research Group and presently maintains membership.

Earns a Master of Public Health in epidemiology from the University of North Carolina at Chapel Hill.

Is a consulting medical staff member for Duke University Hospital through 1998.

Is an attending staff member of the Duke Family Medicine Center through 1998.

Is a professor with tenure within the Dept. of Community and Family Medicine at the Duke University Medical Center and maintains this role.

Teaches as an adjunct professor within the Dept. of Epidemiology at the University of North Carolina and maintains this role.

Receives the Distinguished Service Award from the North Carolina Academy of Family Physicians.

Co-authors “Reliability and Validity of the Duke Health Profile,” Turkish version, for the Journal of Hacettepe University School of Nursing.

Is inducted to the Physician Assistant Hall of Fame by the Duke University School of Medicine.