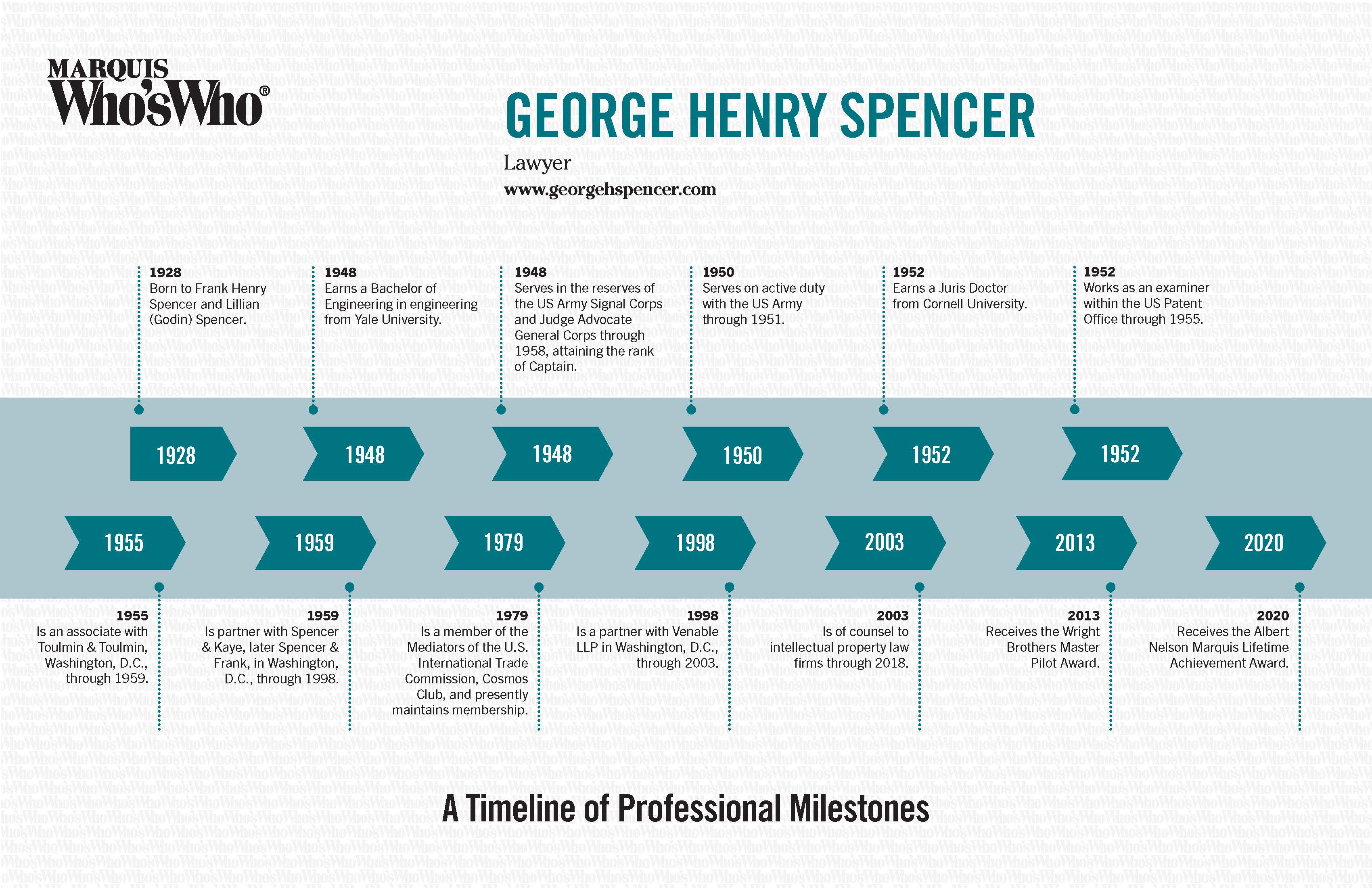 Earns a Bachelor of Engineering in engineering from Yale University.

Serves in the reserves of the US Army Signal Corps and Judge Advocate General Corps through 1958, attaining the rank of Captain.

Serves on active duty with the US Army through 1951.

Works as an examiner within the US Patent Office through 1955.

Is an associate with Toulmin & Toulmin, Washington, D.C., through 1959.

Is a member of the Mediators of the U.S. International Trade Commission, Cosmos Club, and presently maintains membership.

Is a partner with Venable LLP in Washington, D.C., through 2003.

Is of counsel to intellectual property law firms through 2018.