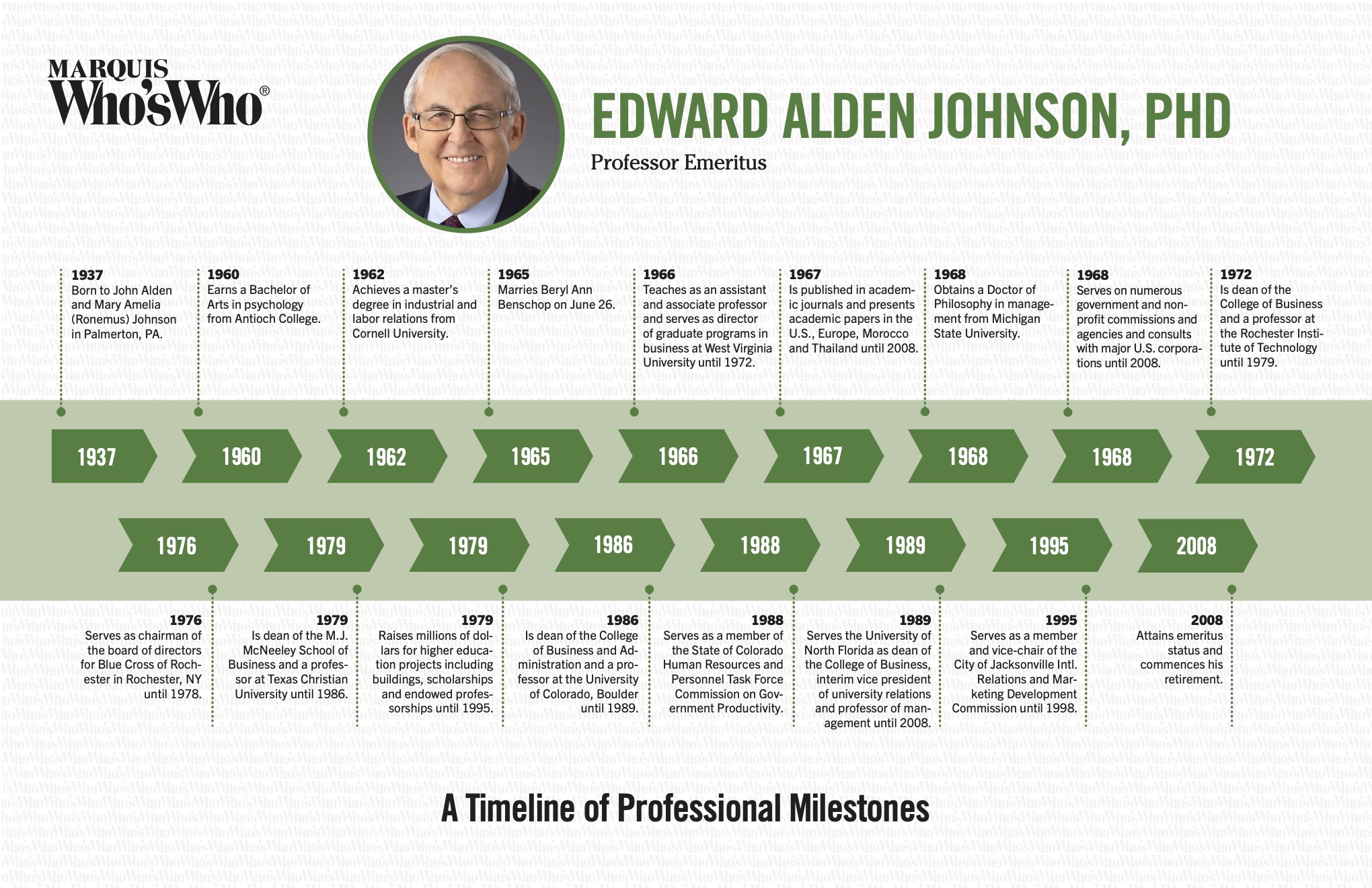 Earns a Bachelor of Arts in psychology from Antioch College.

Achieves a master’s degree in industrial and labor relations from Cornell University.

Teaches as an assistant and associate professor and serves as director of graduate programs in business at West Virginia University until 1972.

Is published in academic journals and presents academic papers in the U.S., Europe, Morocco and Thailand until 2008.

Obtains a Doctor of Philosophy in management from Michigan State University.

Serves on numerous government and nonprofit commissions and agencies and consults with major U.S. corporations until 2008.

Is dean of the College of Business and a professor at the Rochester Institute of Technology until 1979.

Serves as chairman of the board of directors for Blue Cross of Rochester in Rochester, NY until 1978.

Is dean of the M.J. McNeeley School of Business and a professor at Texas Christian University until 1986.

Raises millions of dollars for higher education projects including buildings, scholarships and endowed professorships until 1995.

Is dean of the College of Business and Administration and a professor at the University of Colorado, Boulder until 1989.

Serves as a member of the State of Colorado Human Resources and Personnel Task Force Commission on Government Productivity.

Serves the University of North Florida as dean of the College of Business, interim vice president of university relations and professor of management until 2008.

Serves as a member and vice-chair of the City of Jacksonville Intl. Relations and Marketing Development Commission until 1998.