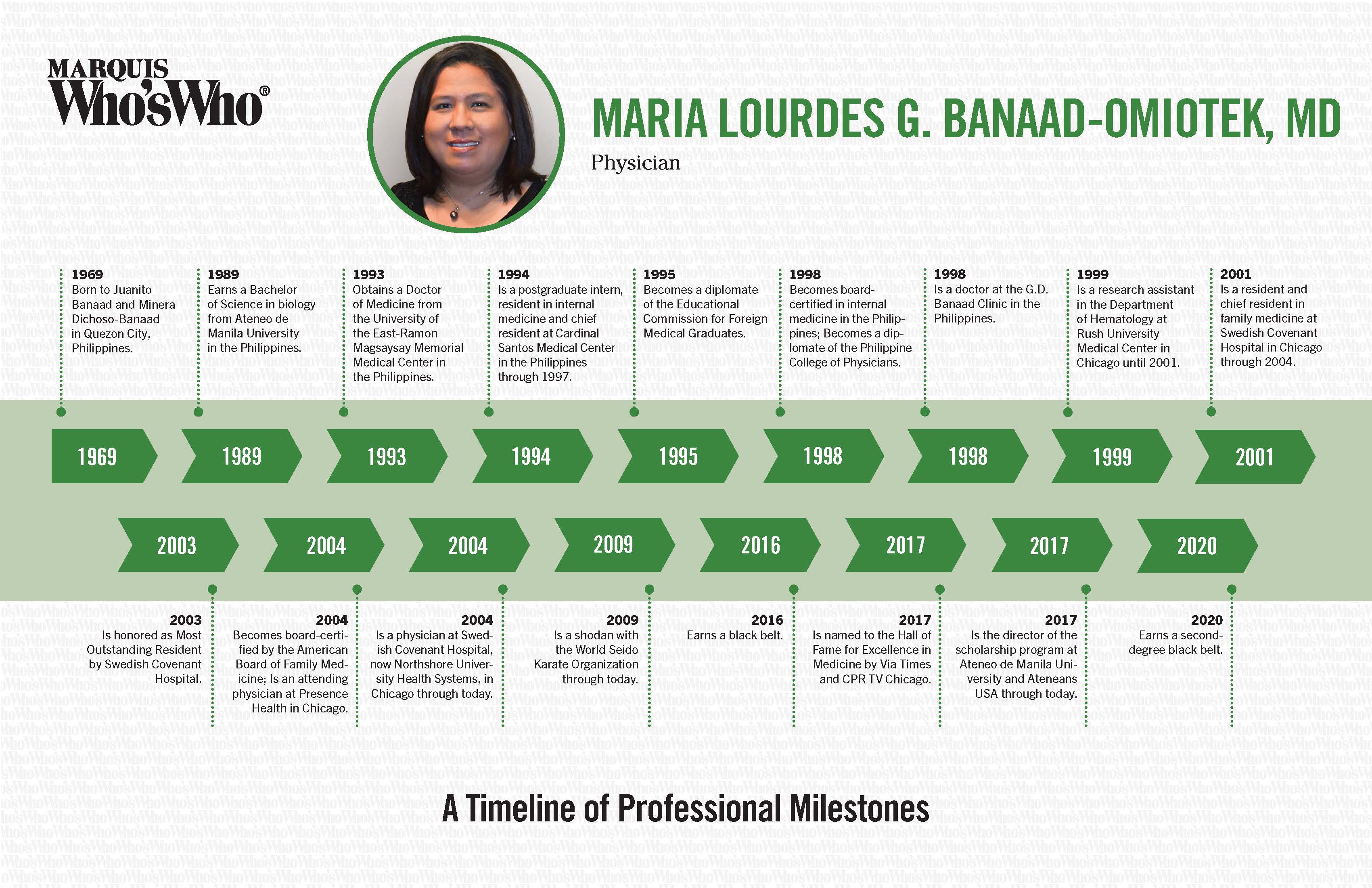 Earns a Bachelor of Science in biology from Ateneo de Manila University in the Philippines.

Obtains a Doctor of Medicine from the University of the East-Ramon Magsaysay Memorial Medical Center in the Philippines.

Is a postgraduate intern, resident in internal medicine and chief resident at Cardinal Santos Medical Center in the Philippines through 1997.

Becomes a diplomate of the Educational Commission for Foreign Medical Graduates.

Is a doctor at the G.D. Banaad Clinic in the Philippines.

Is a research assistant in the Department of Hematology at Rush University Medical Center in Chicago until 2001.

Is a resident and chief resident in family medicine at Swedish Covenant Hospital in Chicago through 2004.

Is honored as Most Outstanding Resident by Swedish Covenant Hospital.

Becomes board-certified by the American Board of Family Medicine; Is an attending physician at Presence Health in Chicago.

Is a physician at Swedish Covenant Hospital, now Northshore University Health Systems, in Chicago through today.

Is a shodan with the World Seido Karate Organization through today.

Is named to the Hall of Fame for Excellence in Medicine by Via Times and CPR TV Chicago.

Is the director of the scholarship program at Ateneo de Manila University and Ateneans USA through today.