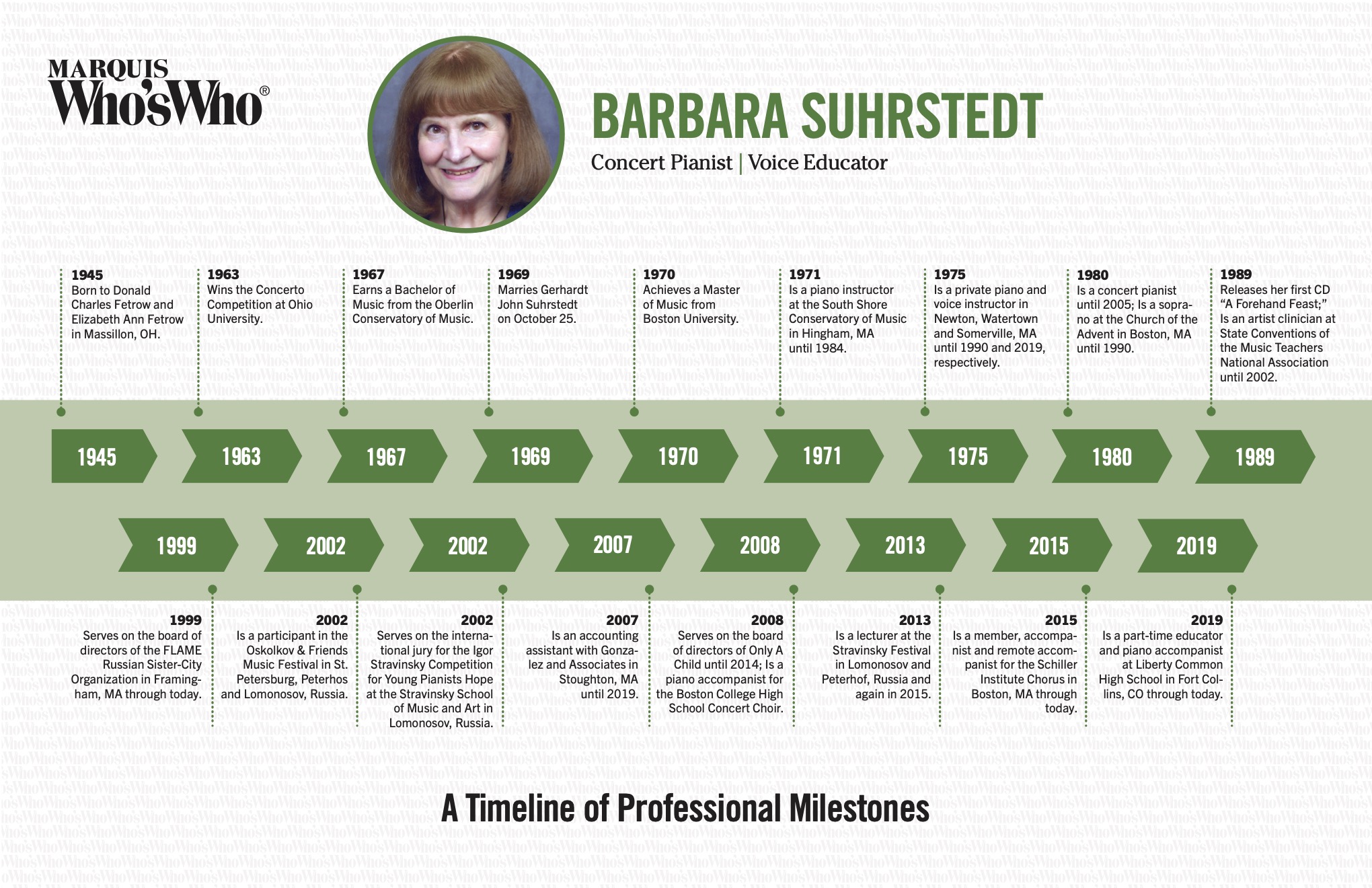 Earns a Bachelor of Music from the Oberlin Conservatory of Music.

Achieves a Master of Music from Boston University.

Is a piano instructor at the South Shore Conservatory of Music in Hingham, MA until 1984.

Is a private piano and voice instructor in Newton, Watertown and Somerville, MA until 1990 and 2019, respectively.

Releases her first CD “A Forehand Feast;” Is an artist clinician at State Conventions of the Music Teachers National Association until 2002.

Serves on the board of directors of the FLAME Russian Sister-City Organization in Framingham, MA through today.

Is a participant in the Oskolkov & Friends Music Festival in St. Petersburg, Peterhos and Lomonosov, Russia.

Serves on the international jury for the Igor Stravinsky Competition for Young Pianists Hope at the Stravinsky School of Music and Art in Lomonosov, Russia.

Is an accounting assistant with Gonzalez and Associates in Stoughton, MA until 2019.

Serves on the board of directors of Only A Child until 2014; Is a piano accompanist for the Boston College High School Concert Choir.

Is a lecturer at the Stravinsky Festival in Lomonosov and Peterhof, Russia and again in 2015.

Is a member, accompanist and remote accompanist for the Schiller Institute Chorus in Boston, MA through today.

Is a part-time educator and piano accompanist at Liberty Common High School in Fort Collins, CO through today.