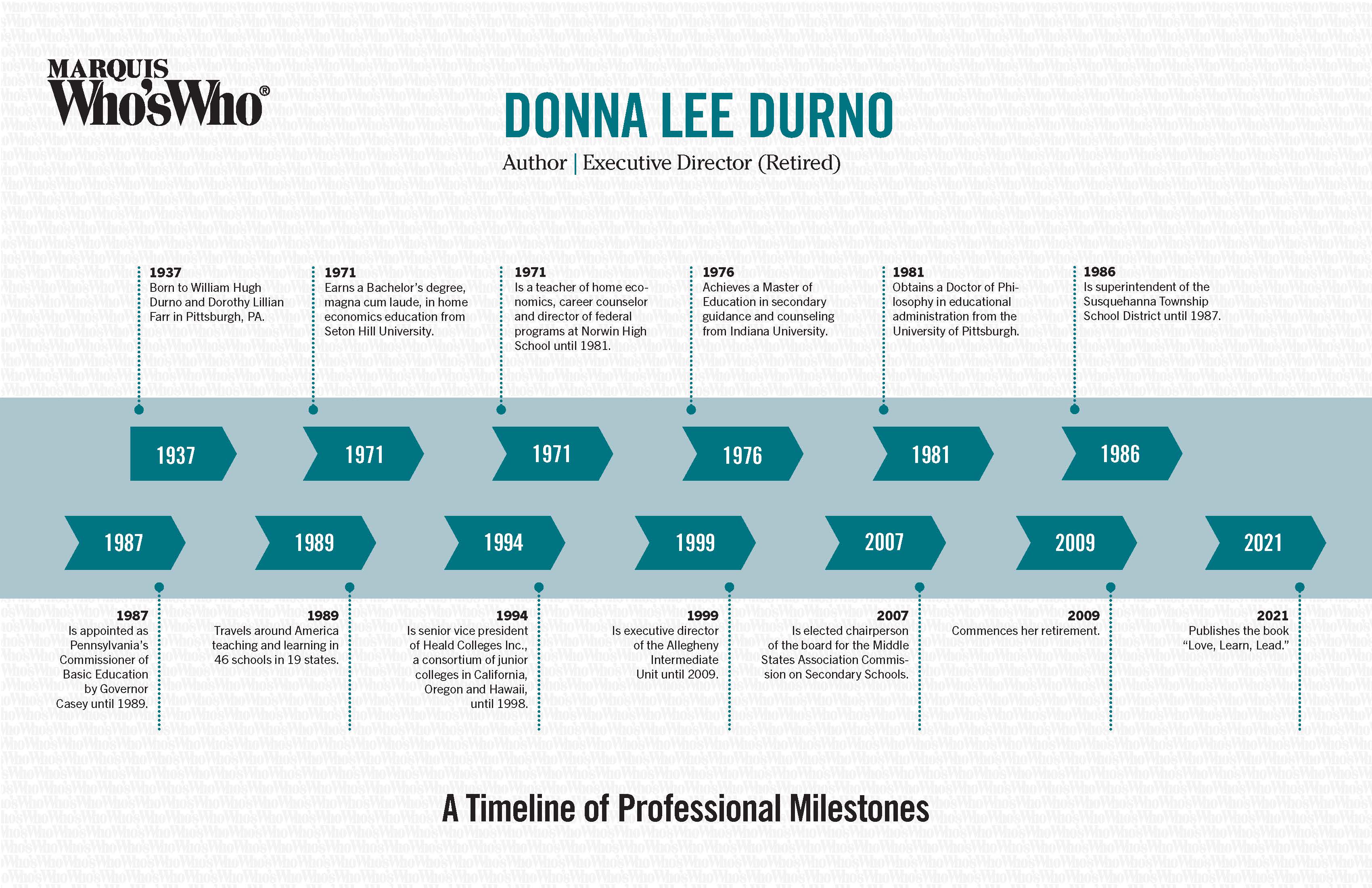 Is a teacher of home economics, career counselor and director of federal programs at Norwin High School until 1981.

Achieves a Master of Education in secondary guidance and counseling from Indiana University.

Obtains a Doctor of Philosophy in educational administration from the University of Pittsburgh.

Is superintendent of the Susquehanna Township School District until 1987.

Is appointed as Pennsylvania’s Commissioner of Basic Education by Governor Casey until 1989.

Travels around America teaching and learning in 46 schools in 19 states.

Is senior vice president of Heald Colleges Inc., a consortium of junior colleges in California, Oregon and Hawaii, until 1998.

Is executive director of the Allegheny Intermediate Unit until 2009.

Is elected chairperson of the board for the Middle States Association Commission on Secondary Schools.