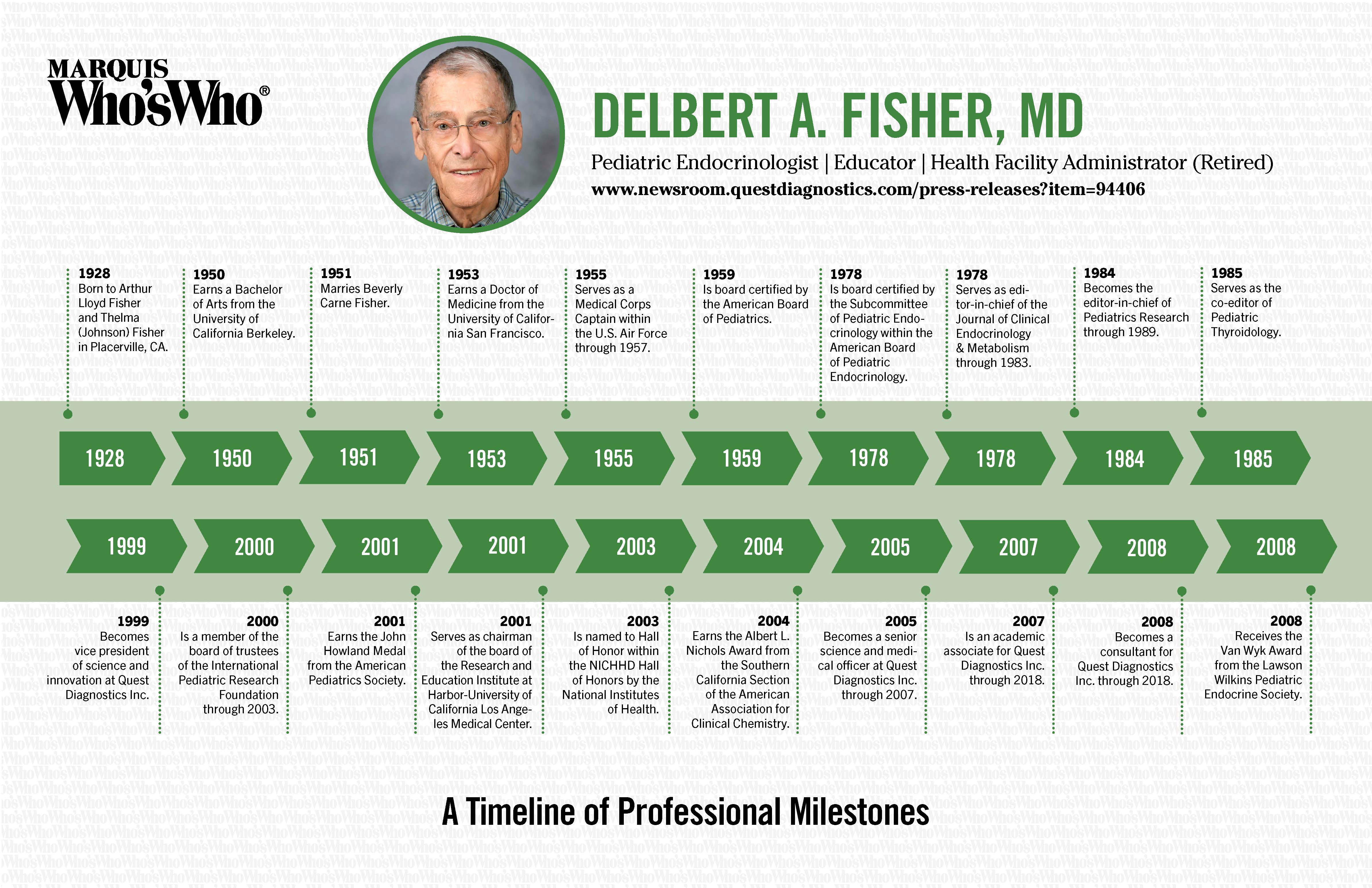 Earns a Bachelor of Arts from the University of California Berkeley.

Earns a Doctor of Medicine from the University of California San Francisco.

Serves as a Medical Corps Captain within the U.S. Air Force through 1957.

Is board certified by the American Board of Pediatrics.

Serves as editor-in-chief of the Journal of Clinical Endocrinology & Metabolism through 1983.

Becomes the editor-in-chief of Pediatrics Research through 1989.

Serves as the co-editor of Pediatric Thyroidology.

Is a member of the board of trustees of the International Pediatric Research Foundation through 2003.

Earns the John Howland Medal from the American Pediatrics Society.

Serves as chairman of the board of the Research and Education Institute at Harbor-University of California Los Angeles Medical Center.

Earns the Albert L. Nichols Award from the Southern California Section of the American Association for Clinical Chemistry.

Becomes a senior science and medical officer at Quest Diagnostics Inc. through 2007.

Is an academic associate for Quest Diagnostics Inc. through 2018.

Becomes a consultant for Quest Diagnostics Inc. through 2018.