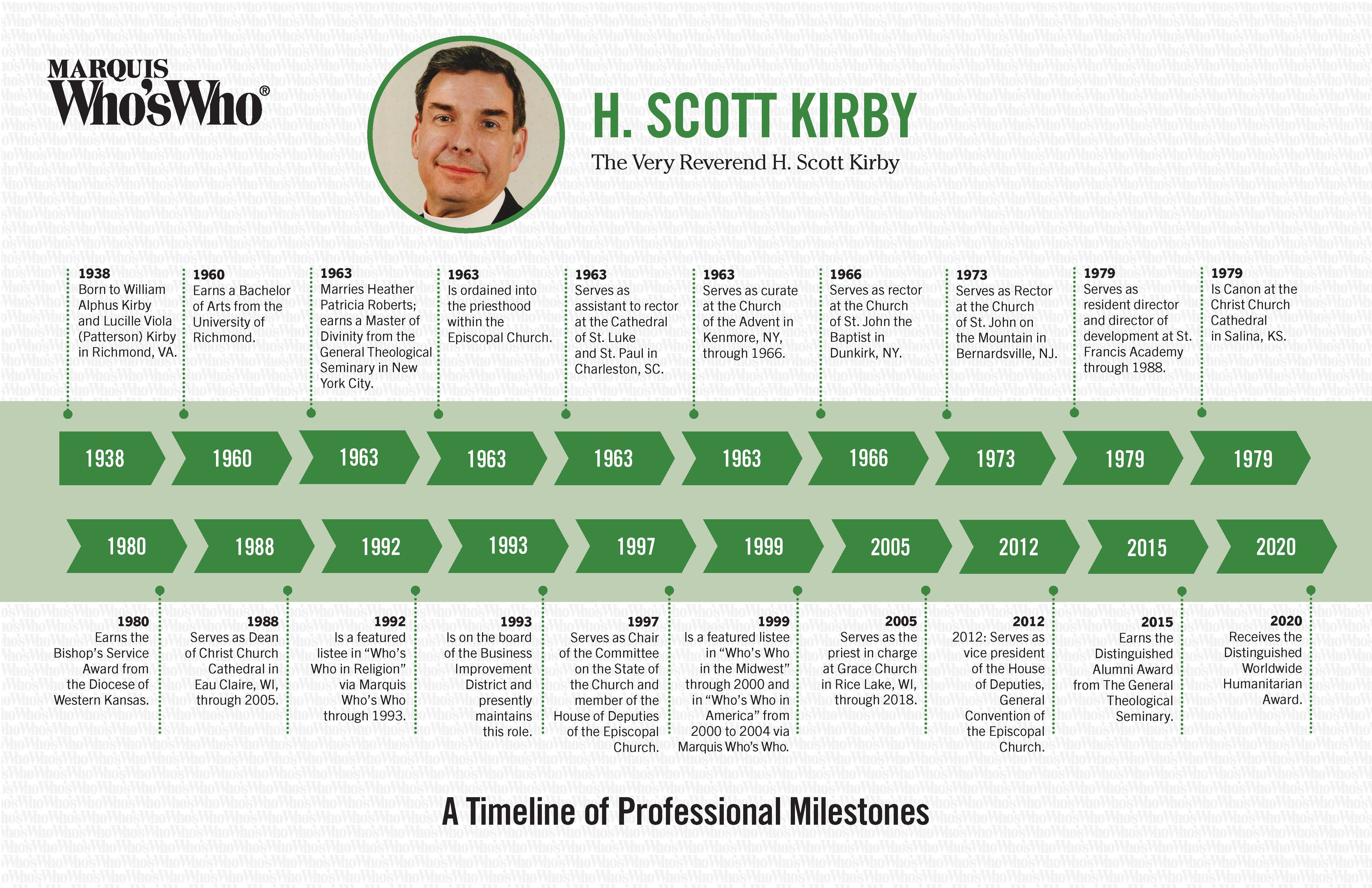 Earns a Bachelor of Arts from the University of Richmond.

Is ordained into the priesthood within the Episcopal Church.

Serves as assistant to rector at the Cathedral of St. Luke and St. Paul in Charleston, SC.

Serves as curate at the Church of the Advent in Kenmore, NY, through 1966.

Serves as rector at the Church of St. John the Baptist in Dunkirk, NY.

Serves as Rector at the Church of St. John on the Mountain in Bernardsville, NJ.

Serves as resident director and director of development at St. Francis Academy through 1988.

Is Canon at the Christ Church Cathedral in Salina, KS.

Earns the Bishop’s Service Award from the Diocese of Western Kansas.

Serves as Dean of Christ Church Cathedral in Eau Claire, WI, through 2005.

Is a featured listee in “Who’s Who in Religion” via Marquis Who’s Who through 1993.

Is on the board of the Business Improvement District and presently maintains this role.

Serves as Chair of the Committee on the State of the Church and member of the House of Deputies of the Episcopal Church.

Serves as the priest in charge at Grace Church in Rice Lake, WI, through 2018.

Serves as vice president of the House of Deputies, General Convention of the Episcopal Church.

Earns the Distinguished Alumni Award from The General Theological Seminary.