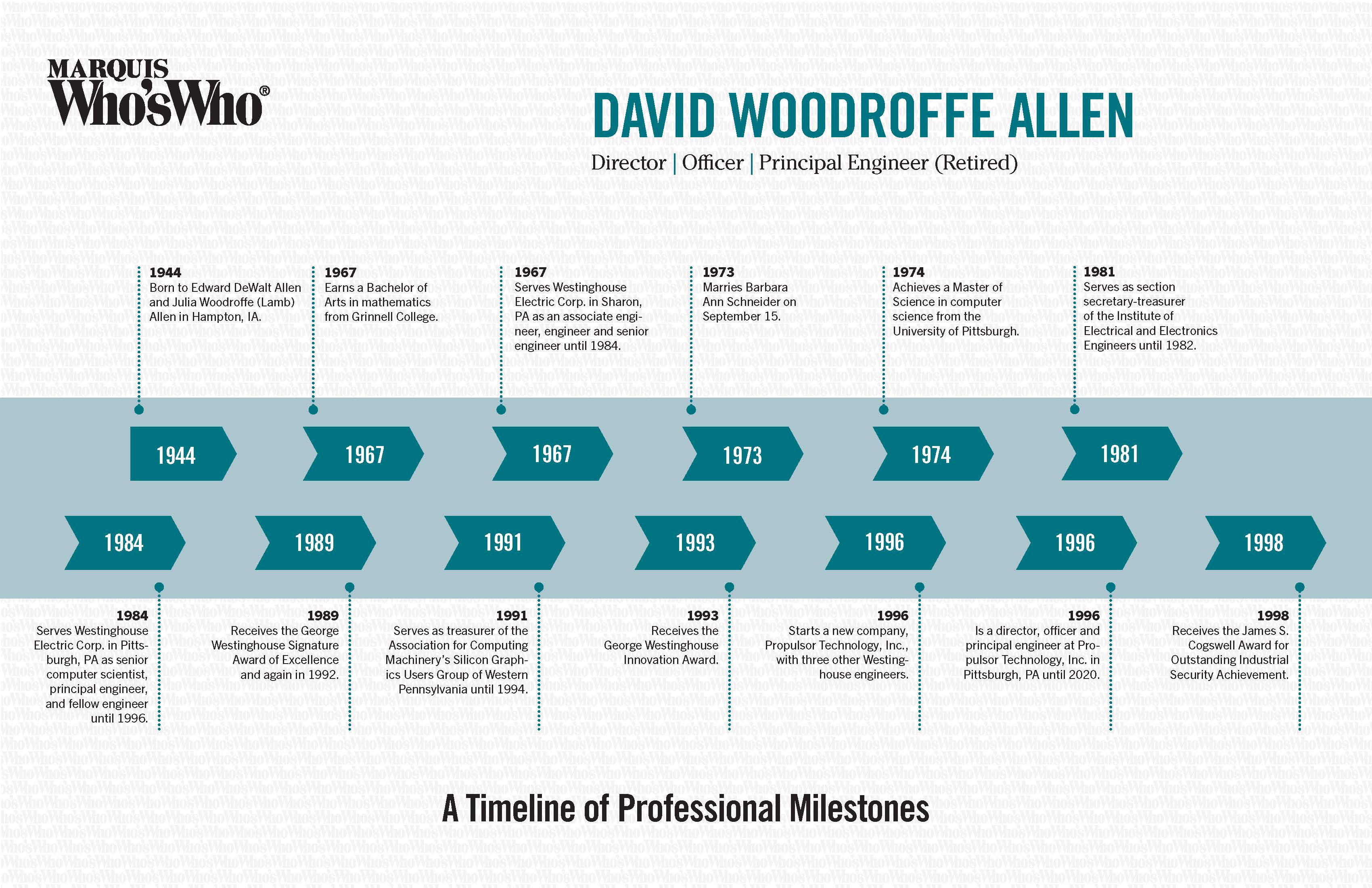 Earns a Bachelor of Arts in mathematics from Grinnell College.

Serves Westinghouse Electric Corp. in Sharon, PA as an associate engineer, engineer and senior engineer until 1984.

Achieves a Master of Science in computer science from the University of Pittsburgh.

Serves as section secretary-treasurer of the Institute of Electrical and Electronics Engineers until 1982.

Receives the George Westinghouse Signature Award of Excellence and again in 1992.

Serves as treasurer of the Association for Computing Machinery’s Silicon Graphics Users Group of Western Pennsylvania until 1994.

Is a director, officer and principal engineer at Propulsor Technology, Inc. in Pittsburgh, PA until 2020.