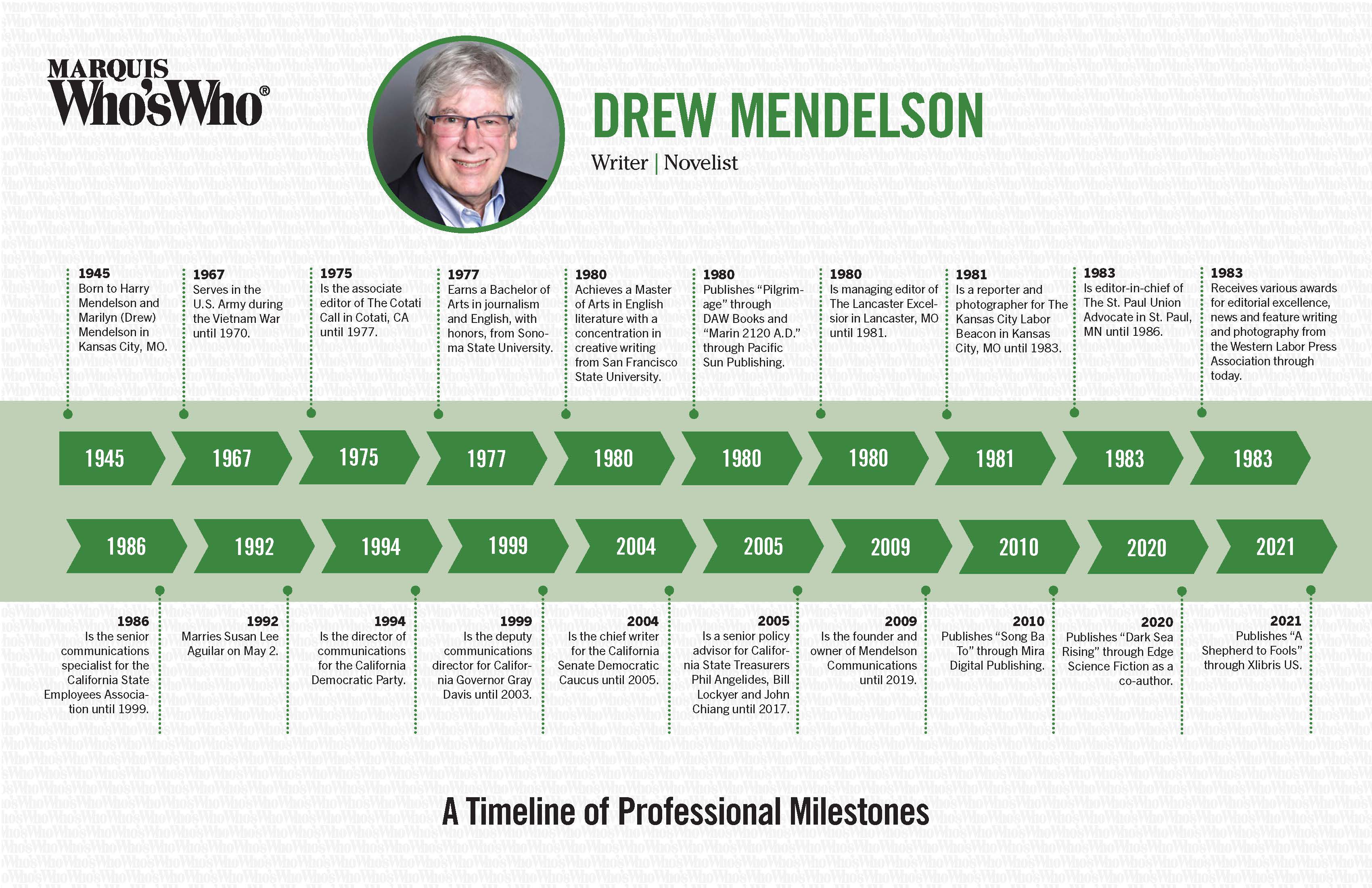 Serves in the U.S. Army during the Vietnam War until 1970.

Is the associate editor of The Cotati Call in Cotati, CA until 1977.

Earns a Bachelor of Arts in journalism and English, with honors, from Sonoma State University.

Achieves a Master of Arts in English literature with a concentration in creative writing from San Francisco State University.

Is managing editor of The Lancaster Excelsior in Lancaster, MO until 1981.

Is a reporter and photographer for The Kansas City Labor Beacon in Kansas City, MO until 1983.

Is editor-in-chief of The St. Paul Union Advocate in St. Paul, MN until 1986.

Receives various awards for editorial excellence, news and feature writing and photography from the Western Labor Press Association through today.

Is the senior communications specialist for the California State Employees Association until 1999.

Marries Susan Lee Aguilar on May 2.

Is the director of communications for the California Democratic Party.

Is the deputy communications director for California Governor Gray Davis until 2003.

Is the chief writer for the California Senate Democratic Caucus until 2005.

Is the founder and owner of Mendelson Communications until 2019.

Publishes “A Shepherd to Fools” through Xlibris US.