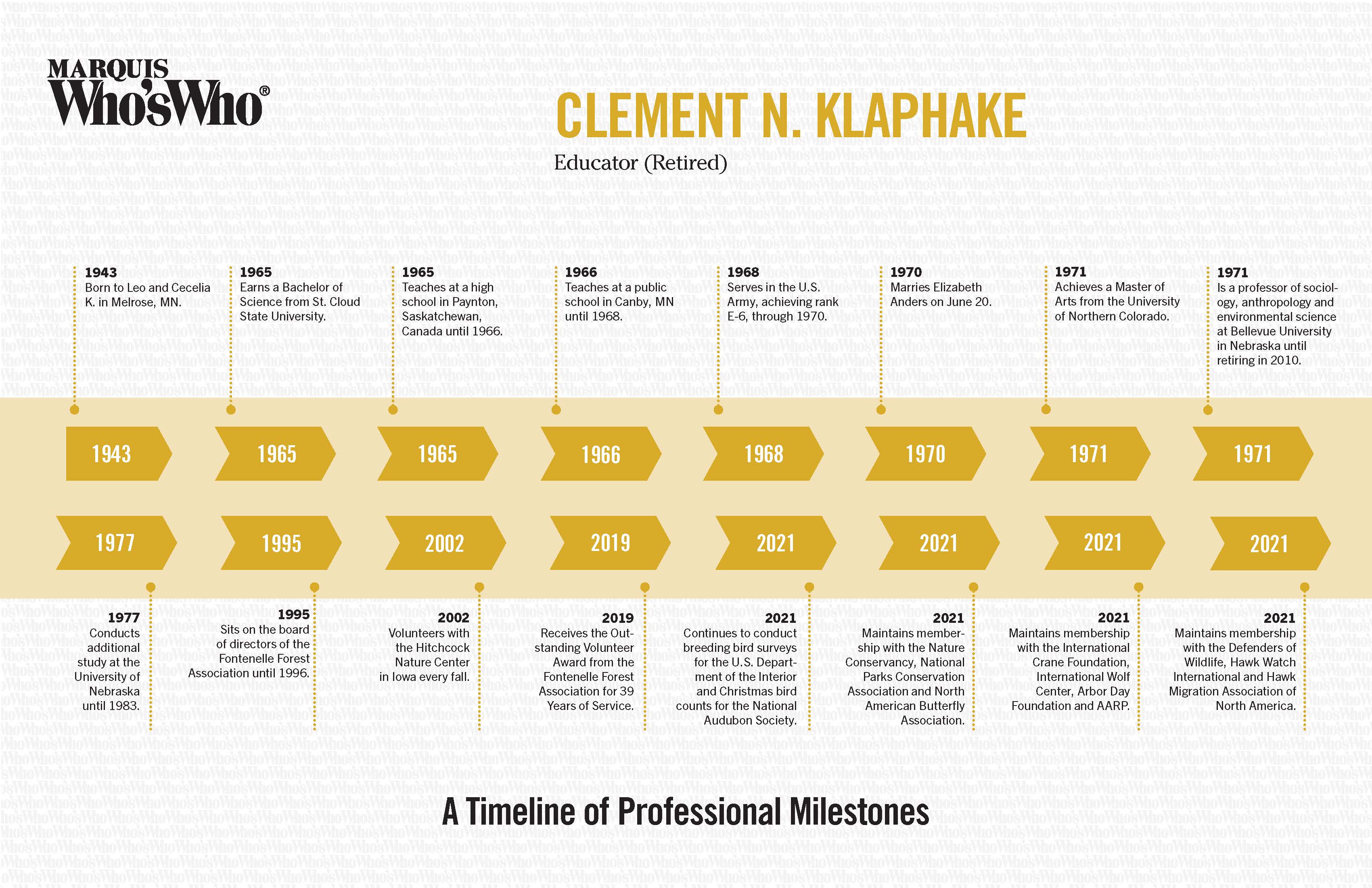 Born to Leo and Cecelia K. in Melrose, MN.

Earns a Bachelor of Science from St. Cloud State University.

Teaches at a high school in Paynton, Saskatchewan, Canada until 1966.

Teaches at a public school in Canby, MN until 1968.

Achieves a Master of Arts from the University of Northern Colorado.

Is a professor of sociology, anthropology and environmental science at Bellevue University in Nebraska until retiring in 2010.

Conducts additional study at the University of Nebraska until 1983.

Sits on the board of directors of the Fontenelle Forest Association until 1996.

Volunteers with the Hitchcock Nature Center in Iowa every fall.

Receives the Outstanding Volunteer Award from the Fontenelle Forest Association for 39 Years of Service.

Continues to conduct breeding bird surveys for the U.S. Department of the Interior and Christmas bird counts for the National Audubon Society.