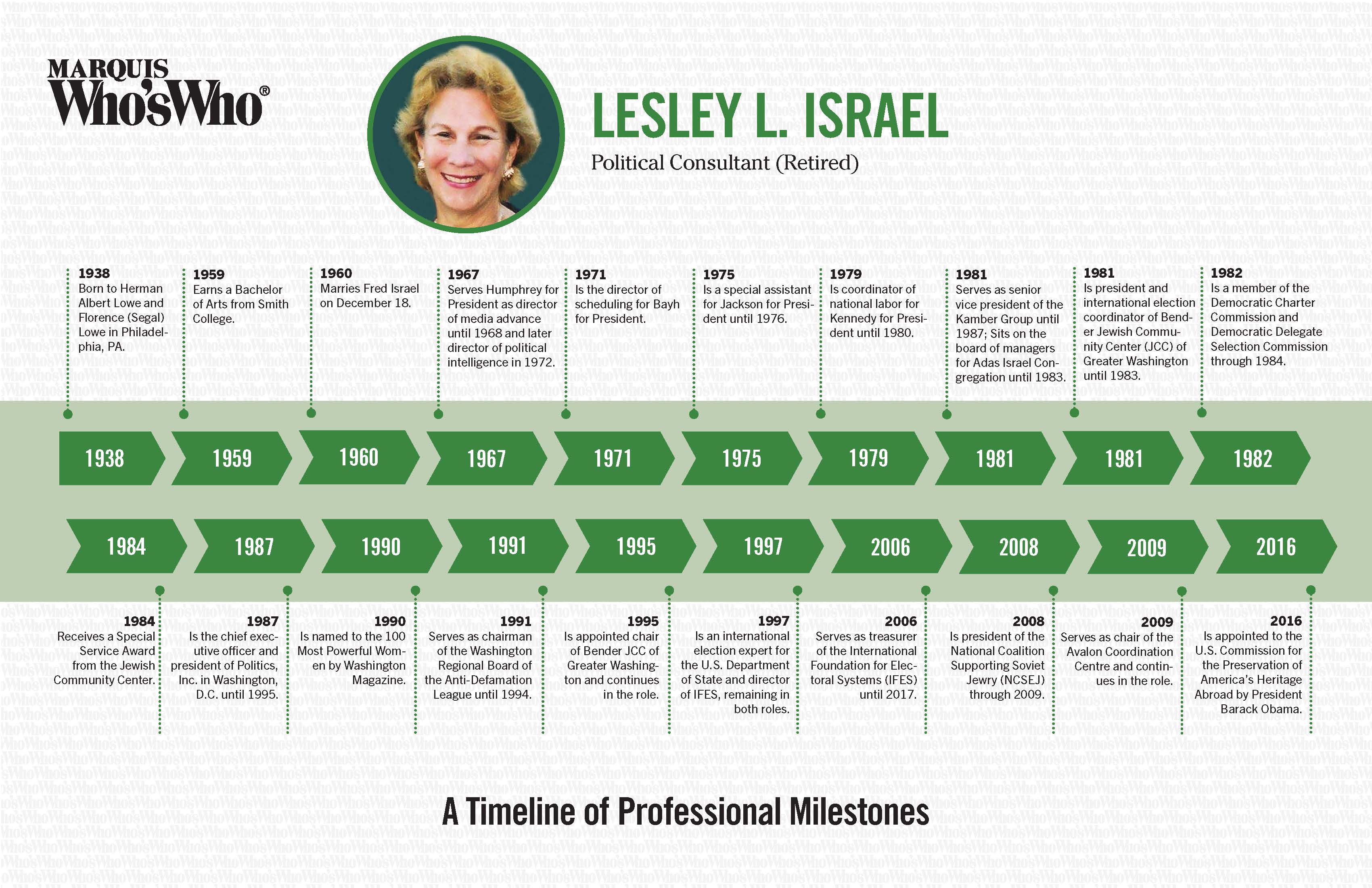 Earns a Bachelor of Arts from Smith College.

Serves Humphrey for President as director of media advance until 1968 and later director of political intelligence in 1972.

Is the director of scheduling for Bayh for President.

Is a special assistant for Jackson for President until 1976.

Is coordinator of national labor for Kennedy for President until 1980.

Serves as senior vice president of the Kamber Group until 1987; Sits on the board of managers for Adas Israel Congregation until 1983.

Is president and international election coordinator of Bender Jewish Community Center (JCC) of Greater Washington until 1983.

Receives a Special Service Award from the Jewish Community Center.

Is the chief executive officer and president of Politics, Inc. in Washington, D.C. until 1995.

Is named to the 100 Most Powerful Women by Washington Magazine.

Serves as chairman of the Washington Regional Board of the Anti-Defamation League until 1994.

Is appointed chair of Bender JCC of Greater Washington and continues in the role.

Is an international election expert for the U.S. Department of State and director of IFES, remaining in both roles.

Serves as treasurer of the International Foundation for Electoral Systems (IFES) until 2017.

Is president of the National Coalition Supporting Soviet Jewry (NCSEJ) through 2009.

Serves as chair of the Avalon Coordination Centre and continues in the role.

Is appointed to the U.S. Commission for the Preservation of America’s Heritage Abroad by President Barack Obama.