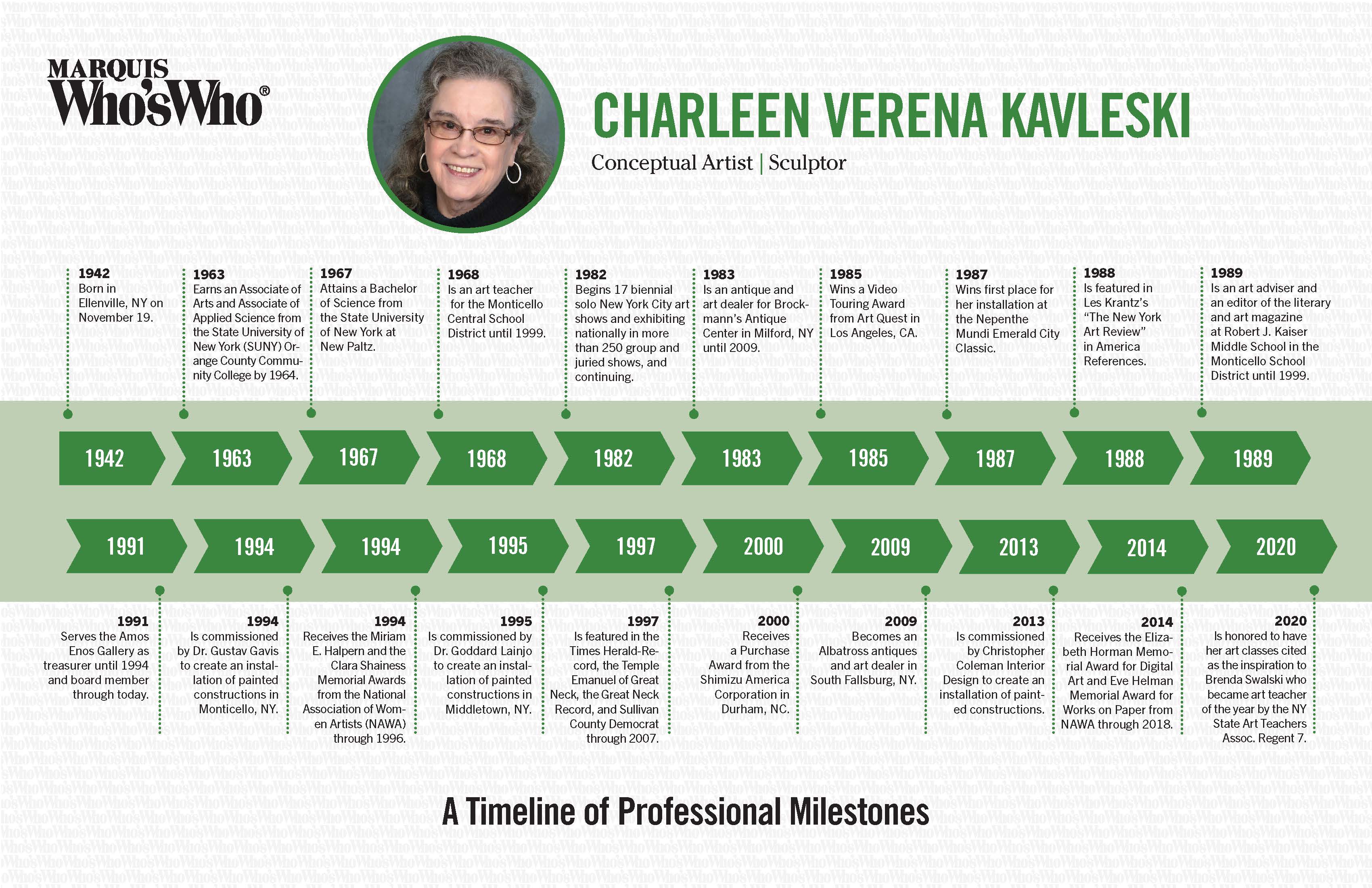 Born in Ellenville, NY on November 19.

Earns an Associate of Arts and Associate of Applied Science from the State University of New York (SUNY) Orange County Community College by 1964.

Attains a Bachelor of Science from the State University of New York at New Paltz.

Is an art teacher for the Monticello Central School District until 1999.

Is an antique and art dealer for Brockmann’s Antique Center in Milford, NY until 2009.

Wins first place for her installation at the Nepenthe Mundi Emerald City Classic.

Is featured in Les Krantz’s “The New York Art Review” in America References.

Is an art adviser and an editor of the literary and art magazine at Robert J. Kaiser Middle School in the Monticello School District until 1999.

Serves the Amos Enos Gallery as treasurer until 1994 and board member through today.

Is commissioned by Dr. Gustav Gavis to create an installation of painted constructions in Monticello, NY.

Receives the Miriam E. Halpern and the Clara Shainess Memorial Awards from the National Association of Women Artists (NAWA) through 1996.

Is commissioned by Dr. Goddard Lainjo to create an installation of painted constructions in Middletown, NY.

Is featured in the Times Herald-Record, the Temple Emanuel of Great Neck, the Great Neck Record, and Sullivan County Democrat through 2007.

Receives a Purchase Award from the Shimizu America Corporation in Durham, NC.

Is commissioned by Christopher Coleman Interior Design to create an installation of painted constructions.

Is honored to have her art classes cited as the inspiration to Brenda Swalski who became art teacher of the year by the NY State Art Teachers Assoc. Regent 7.