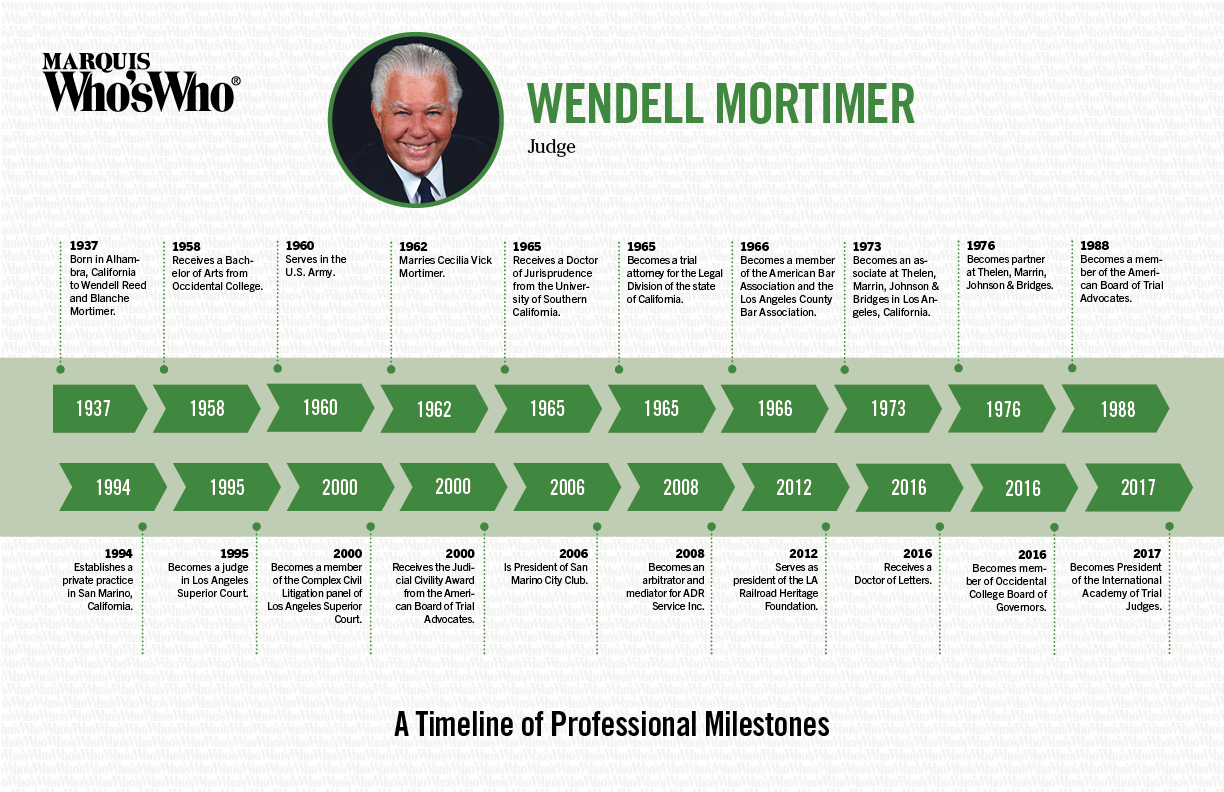 Born in Alhambra, California to Wendell Reed and Blanche Mortimer.

Receives a Bachelor of Arts from Occidental College.

Serves in the U.S. Army.

Receives a Doctor of Jurisprudence from the University of Southern California.

Becomes a trial attorney for the Legal Division of the state of California.

Becomes a member of the American Board of Trial Advocates.

Receives the Judicial Civility Award from the American Board of Trial Advocates.

Becomes an arbitrator and mediator for ADR Service Inc.

Serves as president of the LA Railroad Heritage Foundation.

Receives a Doctor of Letters.

Becomes member of Occidental College Board of Governors.

Becomes President of the International Academy of Trial Judges.