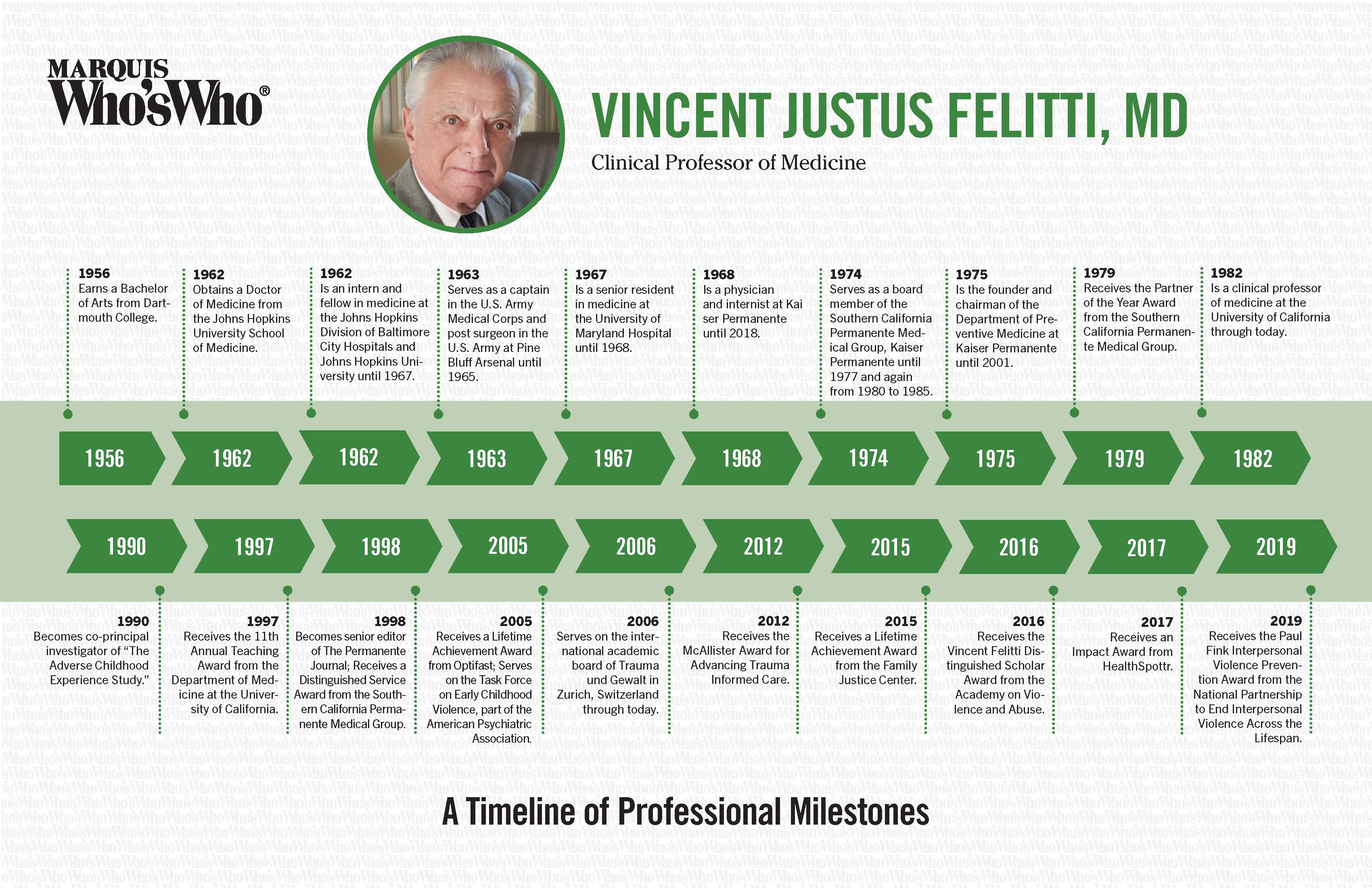 Earns a Bachelor of Arts from Dartmouth College.

Obtains a Doctor of Medicine from the Johns Hopkins University School of Medicine.

Is an intern and fellow in medicine at the Johns Hopkins Division of Baltimore City Hospitals and Johns Hopkins University until 1967.

Is a senior resident in medicine at the University of Maryland Hospital until 1968.

Is a physician and internist at Kaiser Permanente until 2018.

Serves as a board member of the Southern California Permanente Medical Group, Kaiser Permanente until 1977 and again from 1980 to 1985.

Is the founder and chairman of the Department of Preventive Medicine at Kaiser Permanente until 2001.

Receives the Partner of the Year Award from the Southern California Permanente Medical Group.

Is a clinical professor of medicine at the University of California through today.

Receives the 11th Annual Teaching Award from the Department of Medicine at the University of California.

Receives a Lifetime Achievement Award from Optifast; Serves on the Task Force on Early Childhood Violence, part of the American Psychiatric Association.

Serves on the international academic board of Trauma und Gewalt in Zurich, Switzerland through today.

Receives a Lifetime Achievement Award from the Family Justice Center.

Receives the Vincent Felitti Distinguished Scholar Award from the Academy on Violence and Abuse.

Receives an Impact Award from HealthSpottr.