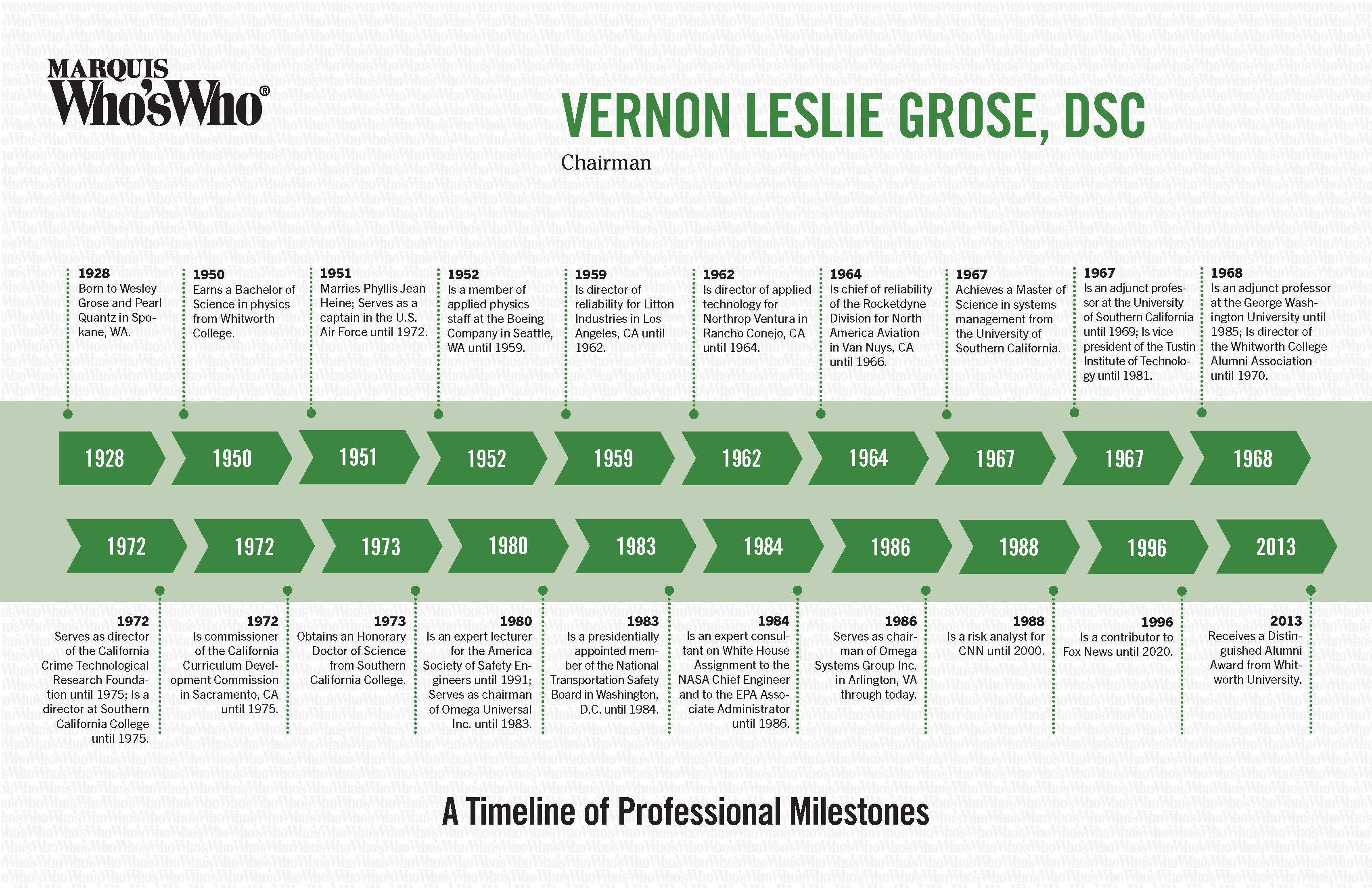 Born to Wesley Grose and Pearl Quantz in Spokane, WA.

Earns a Bachelor of Science in physics from Whitworth College.

Marries Phyllis Jean Heine; Serves as a captain in the U.S. Air Force until 1972.

Is a member of applied physics staff at the Boeing Company in Seattle, WA until 1959.

Is director of reliability for Litton Industries in Los Angeles, CA until 1962.

Is director of applied technology for Northrop Ventura in Rancho Conejo, CA until 1964.

Is chief of reliability of the Rocketdyne Division for North America Aviation in Van Nuys, CA until 1966.

Achieves a Master of Science in systems management from the University of Southern California.

Is an adjunct professor at the University of Southern California until 1969; Is vice president of the Tustin Institute of Technology until 1981.

Is an adjunct professor at the George Washington University until 1985; Is director of the Whitworth College Alumni Association until 1970.

Is commissioner of the California Curriculum Development Commission in Sacramento, CA until 1975.

Obtains an Honorary Doctor of Science from Southern California College.

Is an expert lecturer for the America Society of Safety Engineers until 1991; Serves as chairman of Omega Universal Inc. until 1983.

Is a presidentially appointed member of the National Transportation Safety Board in Washington, D.C. until 1984.

Is an expert consultant on White House Assignment to the NASA Chief Engineer and to the EPA Associate Administrator until 1986.

Serves as chairman of Omega Systems Group Inc. in Arlington, VA through today.

Is a contributor to Fox News until 2020.