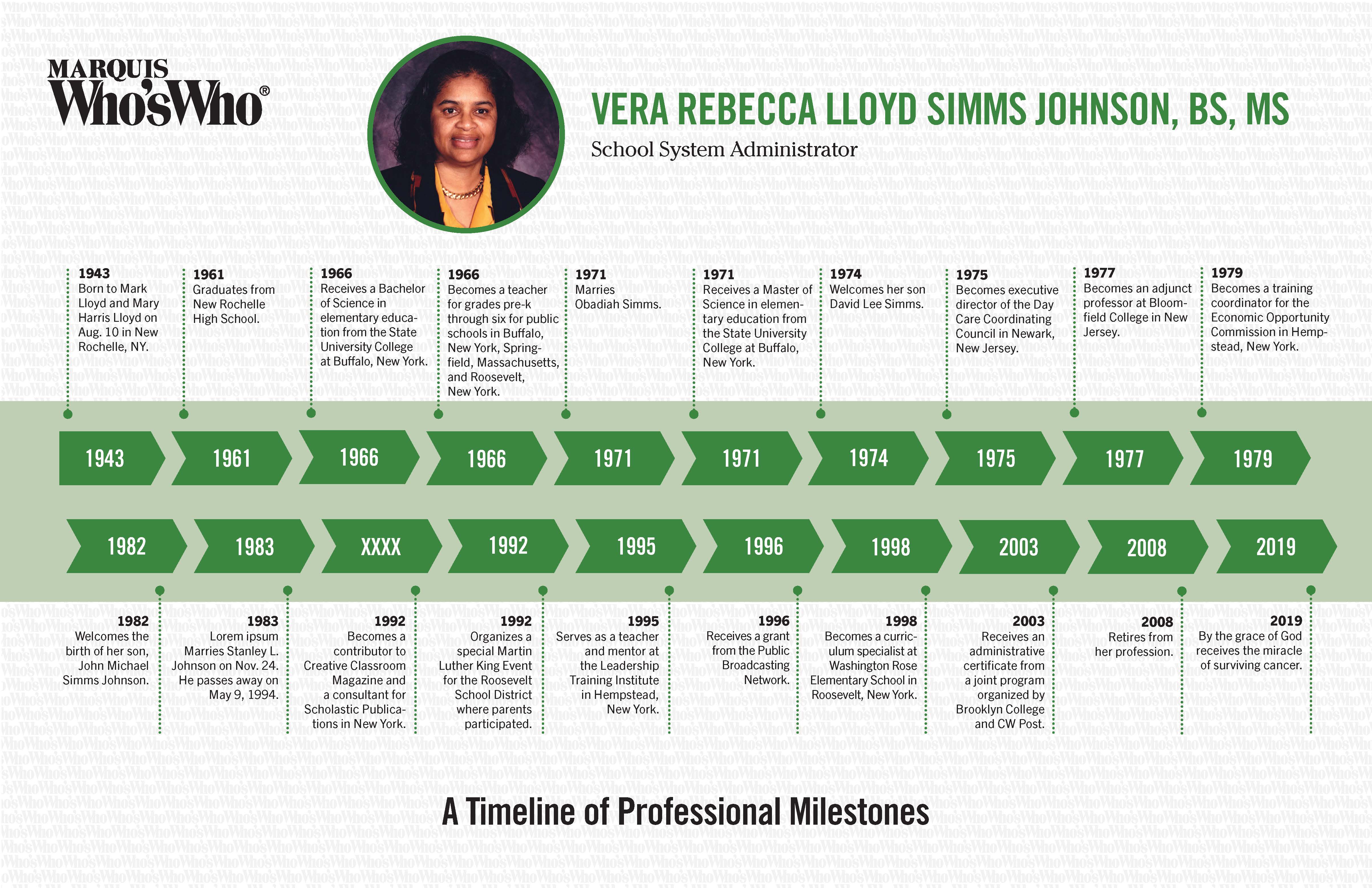 Receives a Bachelor of Science in elementary education from the State University College at Buffalo, New York.

Receives a Master of Science in elementary education from the State University College at Buffalo, New York.

Becomes an adjunct professor at Bloomfield College in New Jersey.

Becomes a training coordinator for the Economic Opportunity Commission in Hempstead, New York.

Welcomes the birth of her son, John Michael Simms Johnson.

Becomes a contributor to Creative Classroom Magazine and a consultant for Scholastic Publications in New York.

Serves as a teacher and mentor at the Leadership Training Institute in Hempstead, New York.

Receives a grant from the Public Broadcasting Network.

Receives an administrative certificate from a joint program organized by Brooklyn College and CW Post.

By the grace of God receives the miracle of surviving cancer.