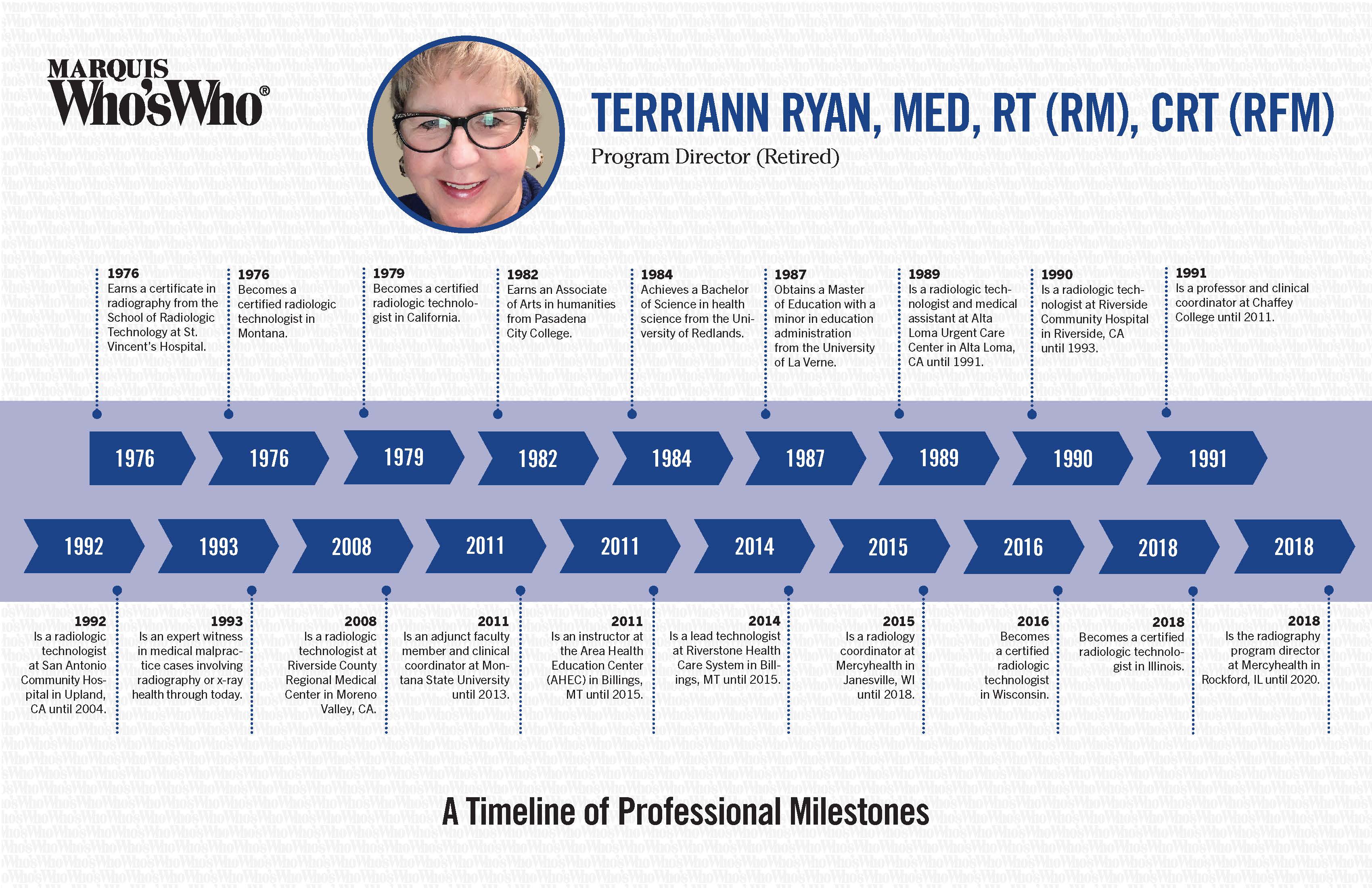 Earns a certificate in radiography from the School of Radiologic Technology at St. Vincent’s Hospital.

Earns an Associate of Arts in humanities from Pasadena City College.

Achieves a Bachelor of Science in health science from the University of Redlands.

Obtains a Master of Education with a minor in education administration from the University of La Verne.

Is a radiologic technologist and medical assistant at Alta Loma Urgent Care Center in Alta Loma, CA until 1991.

Is a radiologic technologist at Riverside Community Hospital in Riverside, CA until 1993.

Is a professor and clinical coordinator at Chaffey College until 2011.

Is a radiologic technologist at San Antonio Community Hospital in Upland, CA until 2004.

Is an expert witness in medical malpractice cases involving radiography or x-ray health through today.

Is an adjunct faculty member and clinical coordinator at Montana State University until 2013.

Is an instructor at the Area Health Education Center (AHEC) in Billings, MT until 2015.

Is a lead technologist at Riverstone Health Care System in Billings, MT until 2015.

Is a radiology coordinator at Mercyhealth in Janesville, WI until 2018.

Is the radiography program director at Mercyhealth in Rockford, IL until 2020.