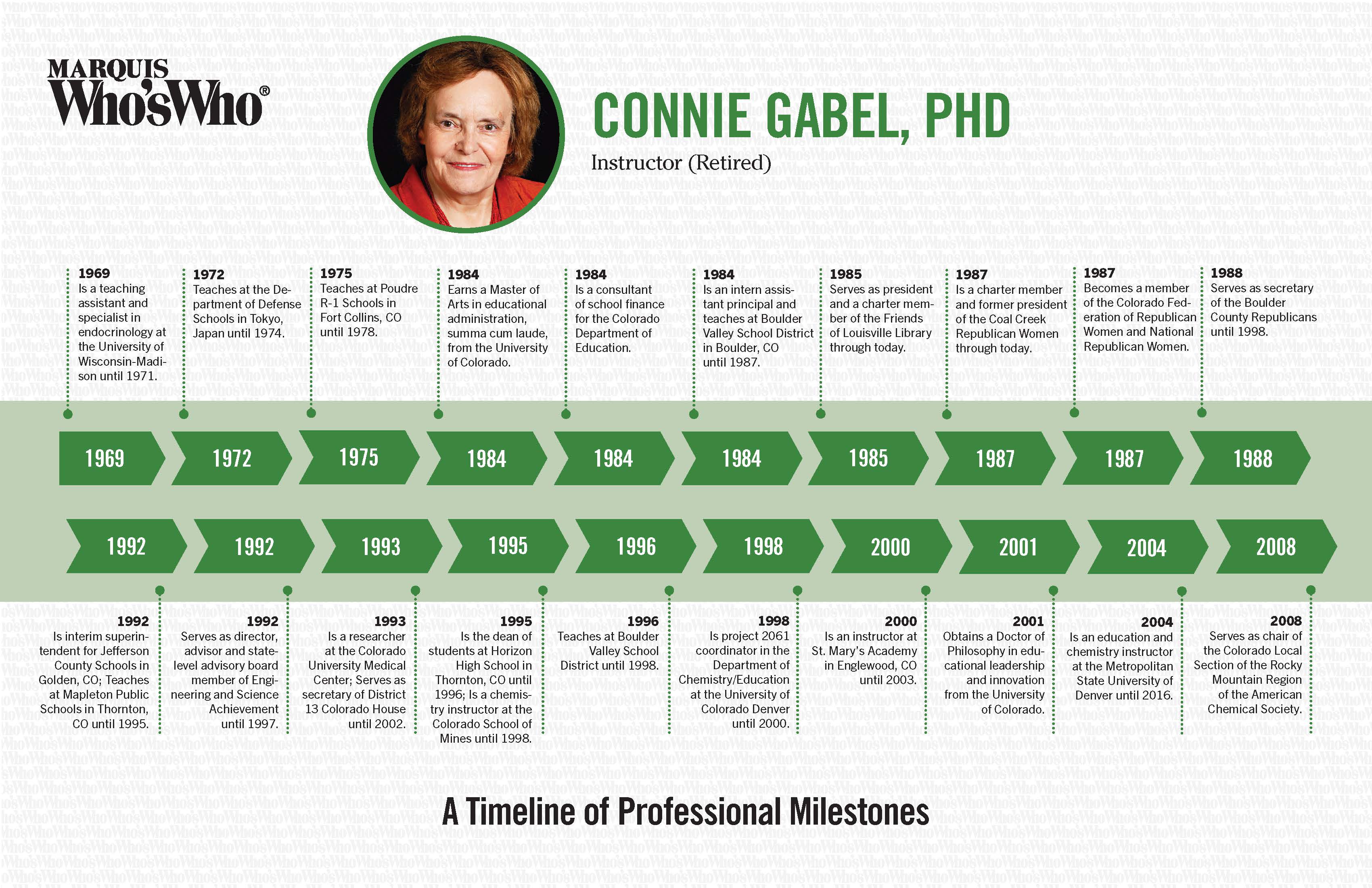 Is a teaching assistant and specialist in endocrinology at the University of Wisconsin-Madison until 1971.

Teaches at the Department of Defense Schools in Tokyo, Japan until 1974.

Teaches at Poudre R-1 Schools in Fort Collins, CO until 1978.

Is a consultant of school finance for the Colorado Department of Education.

Is an intern assistant principal and teaches at Boulder Valley School District in Boulder, CO until 1987.

Serves as president and a charter member of the Friends of Louisville Library through today.

Is a charter member and former president of the Coal Creek Republican Women through today.

Serves as secretary of the Boulder County Republicans until 1998.

Is interim superintendent for Jefferson County Schools in Golden, CO; Teaches at Mapleton Public Schools in Thornton, CO until 1995.

Serves as director, advisor and state-level advisory board member of Engineering and Science Achievement until 1997.

Is a researcher at the Colorado University Medical Center; Serves as secretary of District 13 Colorado House until 2002.

Is the dean of students at Horizon High School in Thornton, CO until 1996; Is a chemistry instructor at the Colorado School of Mines until 1998.

Is project 2061 coordinator in the Department of Chemistry/Education at the University of Colorado Denver until 2000.

Is an instructor at St. Mary’s Academy in Englewood, CO until 2003.

Obtains a Doctor of Philosophy in educational leadership and innovation from the University of Colorado.

Is an education and chemistry instructor at the Metropolitan State University of Denver until 2016.

Serves as chair of the Colorado Local Section of the Rocky Mountain Region of the American Chemical Society.